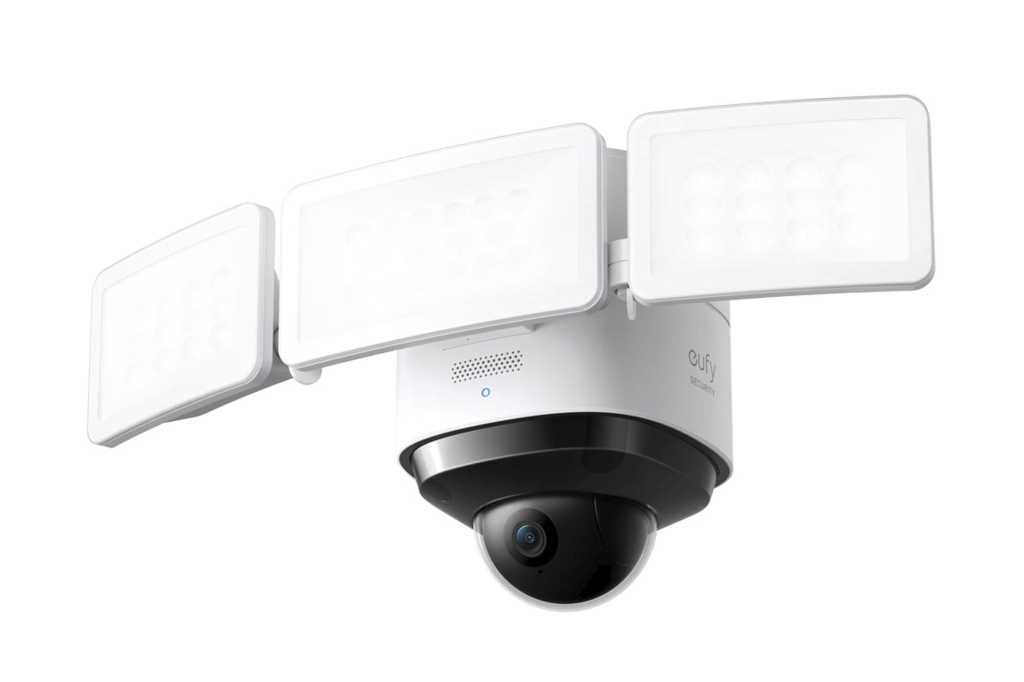 The Eufy Floodlight Cam 2 Pro is not only a powerful piece of hardware, but it’s also the best bargain in the long run.

Integrating a camera with bright floodlights has become a major trend in the smart security space. With its Floodlight Cam 2 Pro, Anker’s Eufy brand aims to up the ante against major competitors like Nest and Ring by putting three floods instead of the usual two on the unit, pumping out 3,000 lumens of motion-activated brightness.

Like the cameras from both Nest and Ring, the Eufy Floodlight Cam 2 Pro is a hardwired system that must be mounted to an electrical receptacle like a standard light fixture. Unlike those competing systems, which feature static lenses, this Eufy camera is a dome-style pan-tilt-zoom model, giving you a lot more flexibility about where and what you record.

You’ll lose some of that flexibility at night, however. While the camera can spin through 360 horizontal degrees (and 130 vertical degrees), the three lighting panels really only cover about 270 degrees, so anything behind the camera won’t be illuminated. Of course, that won’t be an issue if you mount the Eufy on a wall, but it will be if you opt to mount it on a ceiling, and a curious hinge in the camera’s body allows you to do just that.

Weatherization is solid, with an IP65 rating offering total protection from dust ingress as well as protection from jets of water at any angle. The metal housing surface is also galvanized, protecting it against corrosion from salt spray. 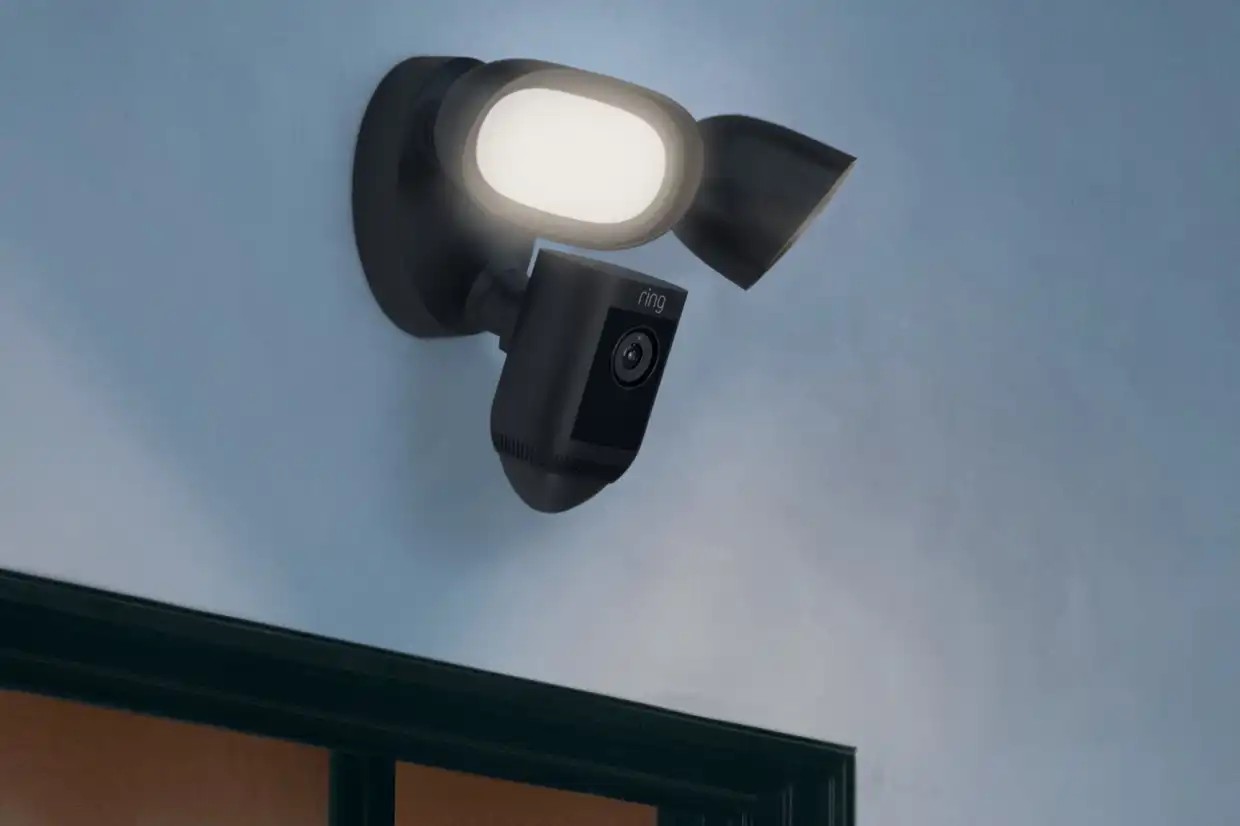 While most devices in this category are mounted and then configured, the Eufy system is unusual in that you’re supposed to set it up inside, before you ever connect it to your electrical system. This is achieved by plugging in the unit via a Micro-USB connection (a cable is included but not a power adapter), which gives it temporary juice for installation.

Why did Eufy opt for such an odd procedure? Perhaps to let the user perform the initial setup closer to the router, although for my money, I’d like to know from the start whether the Wi-Fi signal is going to be an issue. For its part, the Eufy manual says you should set the camera up “safely inside your home” before venturing with it outside.

In any event, I encountered no trouble with the setup process, which involves downloading the Eufy Security app, scanning a QR code, and walking through some basic steps, followed by a firmware update. As with other floodlight cams, the physical installation is much more daunting than the wireless setup, especially if you need a ladder to do the job.

In use, the camera works as advertised, with intuitive controls for real-time viewing and lens movement. A standard PTZ wheel lets you scan the area manually, or you can swipe right on the primary screen to load a panoramic image of your surroundings below the live display.

Tap anywhere on the panorama and the camera will refocus on that spot, which is generally a faster and much more convenient way to move the lens. The lights can be turned on manually from the primary view screen as well, while additional options let you speak through the camera’s speakers or sound a 100-dB alarm on demand.

Saved recordings are presented as a linear collection of videos–one day at a time–each bearing a static thumbnail. Clips range from 30 to 120 seconds (the max length is user-adjustable) and can be recorded at either 2K (2304 x 1296 pixels) or 1080p quality, both with a 130-degree field of view. Video quality looks great at either resolution, with smooth motion and accurate color representation.

At night, the Eufy Floodlight Cam 2 Pro fires up its floodlights to allow for “color night vision,” but the unit also includes an infrared mode for times when you’d rather keep the floods dark. Images look OK in IR mode, but the video is much better under the brights, which illuminate a range of at least 30 or 40 feet. Interestingly, the floods are dimmable and their color temperature is tunable from 3000k to 5700k. That’s a feature I’ve not seen on any competing floodlight cam. 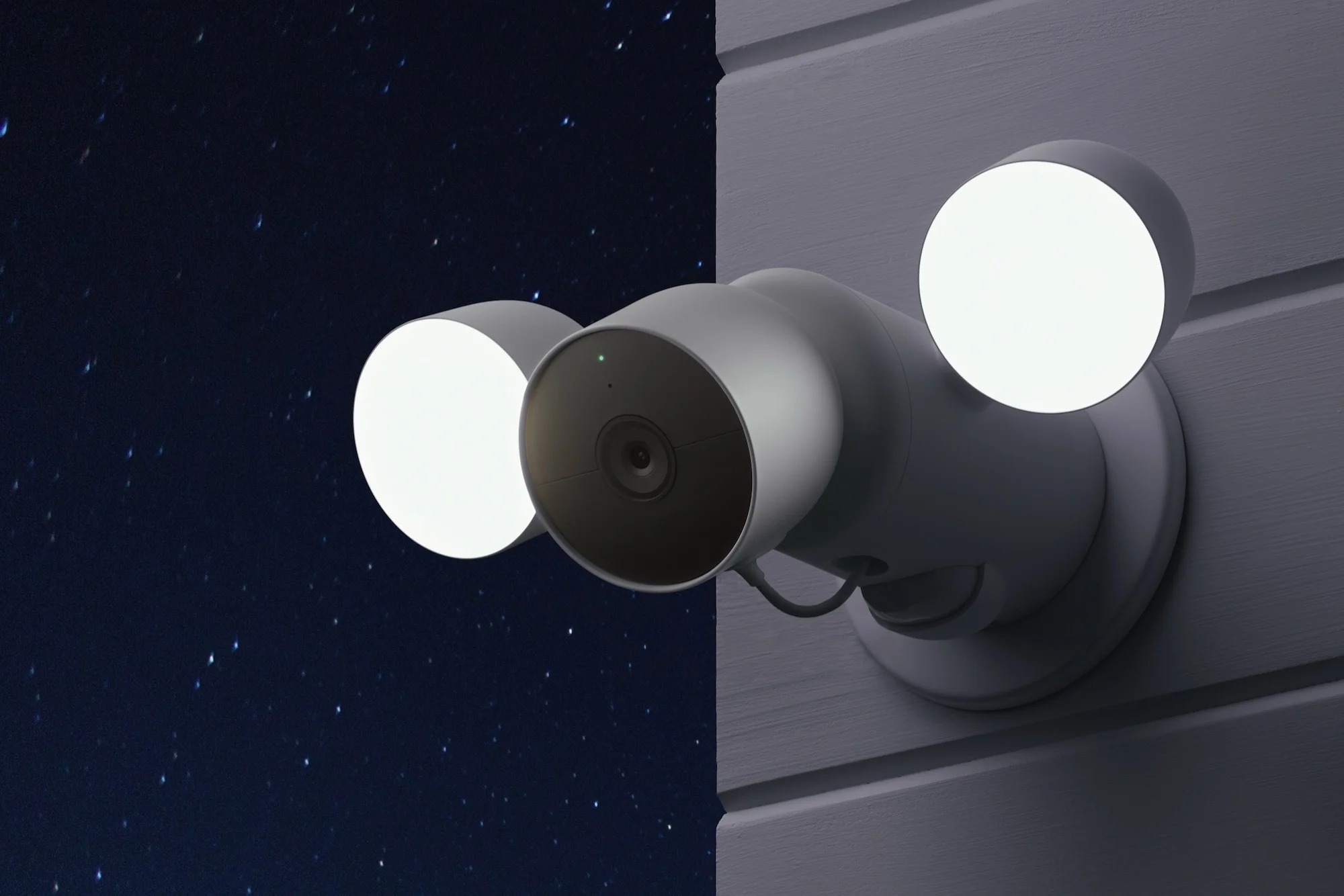 Read our review
Best Prices Today: $279.99 at Google | Not Available at Amazon

You could spend a week delving into the Eufy’s wide range of features and settings. For example, you can control when the floodlights kick in, as well as when and what kinds of motion events to record (human-only or all motion), while another fine-grained feature lets you decide whether to automatically track moving objects as they venture through the frame. There’s even an “auto-cruise” system that allows the camera to periodically change its focus to one of up to four preset positions, offering an improved level of security.

It wasn’t all smooth sailing with the Floodlight Cam 2 Pro. I had sustained problems downloading recorded clips from the camera to my phone, as well as the occasional network drop. But other than that, I had no real trouble with any of the Eufy’s features, aside from the typical trial and error of figuring out which settings worked best for me.

While Eufy does offer a cloud-based subscription plan–$3/month for 30 days of recordings–you don’t need a plan to use any of the system’s features, a major plus.

All recording and storage is done on the unit directly, though only 8GB of onboard (but non-upgradeable) storage is included. The system specs claim the camera will record only 45 events per day, though in my experience it captured up to 100 daily events. Heavy users will likely run out of room before the internal 30-day recording limit is hit, at which point the oldest events will be wiped to make room for new ones.

Keep in mind, however, that the Nest and Ring cameras require subscription plans for their best features, while the Eufy cam doesn’t need a plan at all. That makes the Eufy Floodlight Cam 2 Pro not only a powerful piece of hardware, but also the best bargain in the long run.