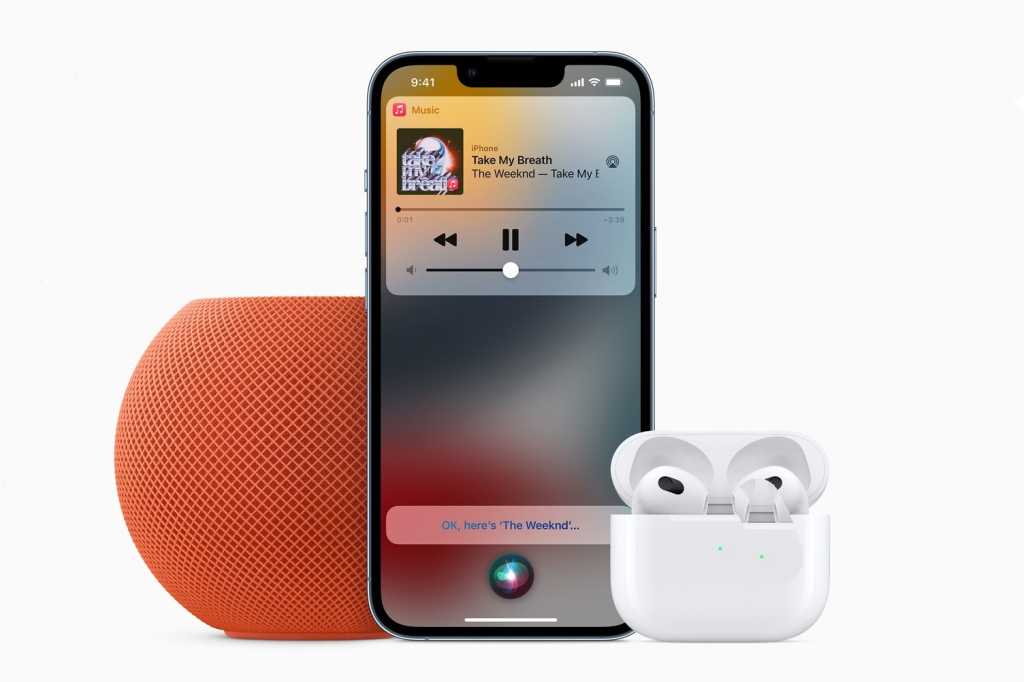 Image: Apple
At a glance

While it cuts some corners, Apple Music Voice is a low-cost, ad-free music streaming service that will make less-demanding listeners happy.

Apple Music Voice probably won’t be the last commercial-free subscription music service you invest in, but it’s a good candidate to be your first—provided, that is, you’re firmly in Apple’s ecosystem.

The price is enticing, just $4.99 a month, which is half the going rate for most of the competition. While lacking in the frills department, it’s spot on with what counts most, currently boasting more than 90 million tracks. That’s more than double the tunes reportedly accessible on its most prominent discount streaming rival, the ad-free Pandora Plus (also $4.99 monthly, or you can pay $54.89 for a full year).

At a loss for songs and artist names to request? Apple Music Voice is hyper-focused on serving the right tunes for the right place and time, with a proclaimed “tens of thousands” of playlists at the ready. After getting to know my affinity for jazz and singer-songwriters, my spoken request “Hey Siri, play a morning playlist” served up a Blue Note Rise and Shine bundle one moment and a mellow Morning Coffee mix the next. The service even looks out for your well-being. I asked for a “I’m feeling glum” assortment and it played a bunch of upbeat tunes like Pharrel Williams’ “Happy.”

Even the sign-up process is done by voice. Just say “Hey Siri, start Apple Music Voice trial” and you’re good to go, for free, for seven days with no auto-renewal.

Playing to the committed

You can also listen to Apple Music Voice in your car, provided your head unit supports Apple CarPlay. Your car’s display will remind you of past listening sessions (Play it Again), and it will offer personalized recommendations (Just Ask Siri). You can install the Apple Music Voice app on multiple devices, but you can stream music to only one of them at a time.

Interoperability with other brands of audio gear isn’t out of the question. You can throw music from your Apple device to any Bluetooth speaker or audio gear, or over your Wi-Fi network with hardware that supports Apple AirPlay. You just can’t stream from any device that doesn’t have an Apple logo.

The app screen does show what’s currently playing, just not in as glossy a fashion as on its sibling app. You can also say things like “Hey Siri, what’s that tune?” or “Hey Siri, who’s playing?” and she’ll shout it out for you. It’s also possible to play a cute music hand-off trick with both grades of the Apple Music service. When you move an Apple music-playing iPhone close to a HomePod or HomePod mini, the music stops on the smartphone and starts on the speaker.

Siri‘s speech recognition is pretty good at deciphering my Philadelphia-accented requests, but it couldn’t make hide nor hair out of some exotic-locale ECM-label acts I wanted to check out, such as the Norwegian kantele player and singer Sinika Langeland, a last name that Siri kept confusing for “Long Island,” or objected with the reply “…isn’t in your Apple library.” Using the app for the full-blown Apple Music, I could just type the name into the search field and be rewarded with the gent’s latest release, Wolf Rune.

What else will you sacrifice to save $5 a month?

Apple Music Voice lists 54 popular options in Browse Categories, from Play Hits to Sleep, with big stops along the way for Hip Hop, R&B, Latin, Chill, DJ Mixes, Charts, Electronic, Christian, Rock, Classic Rock, Acoustic, Indie, Classical, Jazz, Film, TV & Stage, K-Pop, C-Pop, Gospel, Americana, Blues, Wellness and more. But a couple of listed categories—Music Videos and Spatial Audio—proved to red herrings. Those two are fully functional viewing/listening options in the pricier Apple Music service, along with an additional 53 music categories (127 in all) including Decades from the 1960s to 2010s and lots devoted to foreign languages, geographic and ethnic musical varieties–such as African Music, Bollywood, Brazilian Pop, French Pop, and Turkish Folk Music. You can request a Bollywood or Brazilian playlist on Apple Music Voice, but you won’t get access to the deep catalogue suggestions that spring up while browsing Apple Music’s categories.

If you’re an audiophile, you’ll miss out on the Dolby Atmos surround-sound mixes that Apple Music can stream to Apple earbuds and headphones (and even more effectively to multi-channel speaker arrays). You also won’t get lossless (CD quality) and high-res (better-than-CD quality) tracks and albums increasingly featured on the full-blown Apple Music streaming service. But to my ears, most breeds of contemporary music sound quite respectable encoded in AAC and streamed at 256Kbps.

The ability to save music, make and share playlists, and listen offline are some of the other features you’ll sacrifice with an Apple Music Voice subscription. And you’ be reminded of that with a marketing screen that pops up when you try to do any of those things. (For the record, the $4.99-per-month Pandora Plus will auto-store up to three stations of themed music and one customized playlist on a subscriber’s listening/storage device for offline listening.)

The final features I found to be missing from Apple Music Voice are the ability to read a song’s lyrics as it plays, and the budget-priced service shortchanges the functionality of Shazam, the Apple owned app that can identify a song that’s playing on any audio device. You can easily play any song that Shazam IDs (along with tracks by the same artist) on Apple Music directly from the Shazam screen. Try that with Apple Music Voice and you’ll be presented with yet another nudge to upgrade to the higher-cost service.

So, who is Apple Music Voice for?

If you’re a casual listener who doesn’t obsess a lot about music, Apple Music Voice is a cost-efficient and energy-saving way to live and travel with tunes. You’ll enjoy and learn a lot from its well-curated playlists, and you’ll be able to summon all your top-of-mind faves without ever diverting your glance from other tasks. But if you’re a sonic sophisticate who digs deep into the record bins of life, don’t be surprised if you quickly transition from an Apple Music Voice subscription to the full-featured—and full-priced—Apple Music.