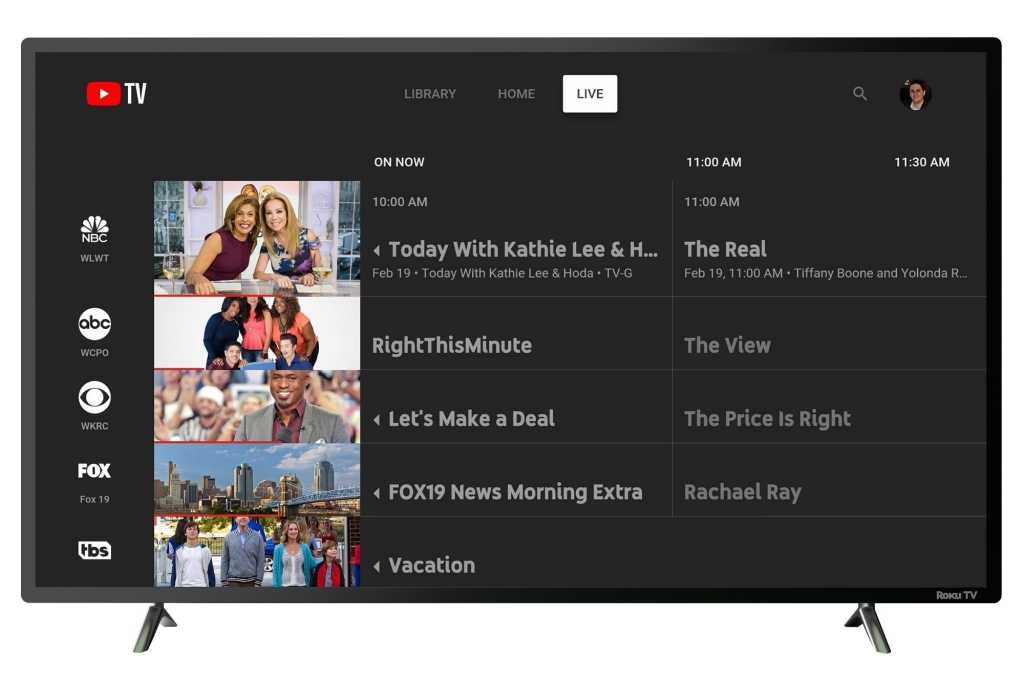 YouTube TV is getting a redesign later this year, with a big emphasis on organization and personalization.

The shakeup is long overdue given that YouTube TV is nearly five years old. While it’s still a great live TV streaming service overall, it’s nonetheless allowed a handful of pain points to accumulate over the past half-decade.

Google hasn’t said much about what the redesign will entail, nor has it offered a clear timeframe for releasing it. A blog post from YouTube last week was short on details, and Chief Product Officer Neal Mohan took care to avoid specifics during a podcast interview with The Verge.

So, the best we can do right now is speculate. Based on my experience with the service and feedback from readers, here’s what I’d like to see from a YouTube TV redesign when it does eventually emerge:

As of this writing, there’s no way to mark YouTube TV channels as favorites while watching on an actual television. Instead, you must use YouTube TV’s website or mobile apps, where the option is buried inside a settings menu.

Once you’ve done that, you can view your favorites list on TV devices by clicking the “Default” button at the top of the guide, but you still can’t add, remove, or rearrange channels without going back to the website or mobile app again. I’d be stunned if this wasn’t high on YouTube’s list of things to fix in a forthcoming redesign.

YouTube TV’s DVR lets you keep an unlimited number of recordings for up to nine months, which is both a blessing and curse. Because you never need to worry about running out of space, you can quickly build up a vast on-demand library, but sifting through all those recordings can be overwhelming as a result.

I can’t claim to have all the answers on how to fix this, but a few ideas come to mind:

Add genre filters to the guide

Most other live TV streaming services let you filter live channels by genre, so you can quickly throw on a movie or peruse live sporting events, but that’s strangely not an option for YouTube TV. You can sort the guide alphabetically, in order of most-watched channels, or in a custom list of just your favorites, but that’s it.

As long as YouTube TV’s channel guide is being streamlined, it could also make the grid easier to browse. Let’s see expanded program summaries for highlighted channels—Sling TV’s recent redesign is a well-executed example—so you don’t need to click on each program for more info. A faster way to scroll over to future times and dates would be nice as well; currently, it’s a slog.

Last year, Google launched a clever way to improve recommendations on Android TV and Google TV devices: Users can pull up a series of movies and TV shows, then vote to see more or less like them. Let’s see some corporate synergy and have YouTube TV bring a similar feature over to its live streaming service, so that users get better recommendations in tthe main menu.

YouTube TV does support multiple profiles as part of Google’s Family Groups feature, allowing each user to have their own DVR and recommendations. But Family Groups aren’t technically allowed for children under 13, and digging into YouTube TV’s settings menu just to turn on parental controls is a pain. YouTube TV should take a page from Hulu + Live TV and add kid-friendly profiles, with no Family Group required.

Credit where due: YouTube TV already plays nicely with Amazon’s Fire TV devices, showing its channels in Amazon’s live guide and letting you launch them with Alexa. It also has similar integrations with Google’s Android TV and Google TV platform.

The Apple TV doesn’t enjoy that same level of support. While the YouTube TV app is available on Apple’s streaming box, you can’t use Siri to launch live channels, nor can you view YouTube TV content inside Apple’s TV app. This might not fall into the scope of a redesign, but would be a great way for YouTube TV to stand out from most of its rivals.