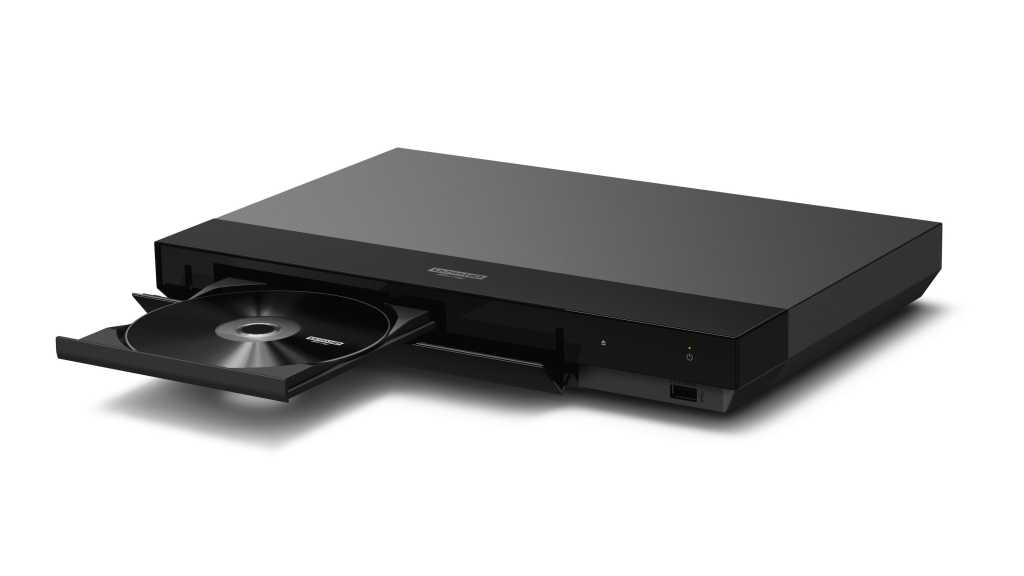 Image: Sony
At a glance

Though we’d like to see a richer app environment, we can’t argue with this Ultra HD Blu-Ray player’s support for all types of optical media, its quick operation, 4K upscaling, and ability to stream over the network and from USB storage devices.

It’s been a while since we reviewed an Ultra HD Blu-ray player, but Sony recently sent its $260 UBP-X700 (the less-expensive cousin to its UBP-X800), so I decided to take it for a spin. It’s not a new model by any means–most people stream movies these days–but we use Samsung and Oppo players in our TV testing because optical discs still deliver the best image audio and video performance. You won’t be bothered by the vagaries of streaming and playing media from USB storage devices.

Sony’s player is just as good, if not better, than those two.

This review is part of TechHive’s coverage of the best Ultra HD Blu-ray players, where you’ll find reviews of the competition’s offerings, plus a buyer’s guide to the features you should consider when shopping for this type of product.

The UBP-X700 is a front-loader with a motorized slide-out tray and a USB-A port beneath flush-mounted eject and power buttons. The rear panel hosts two HDMI outputs—one of which is HDMI-ARC only—a coaxial digital audio output, and an ethernet port. Sony uses a proprietary coaxial jack for power, versus a more standard two- or three-prong NEMA or IEC cord.

The UBP-X700 supports high dynamic range via Dolby Vision and HDR10. On the audio front, there’s support for Dolby Digital Plus, DTS, and DTS-HD High Resolution audio. It also supports Dolby TrueHD and DTS-HD Master Audio along with the immersive audio formats Dolby Atmos and DTS:X, but you’ll need an A/V receiver in your signal path to handle those higher-resolution codecs because this player doesn’t support the higher-bandwidth audio return channel eARC. We explain the difference between ARC and eARC in a story at the preceding link.

The remote Sony includes is a small, squarish affair, though it still sports a host of buttons. I won’t say it’s my favorite, but it’s learnable and usable once you’re up to speed. To be honest, while Sony’s remotes have improved recently, I still wish the company would take a close look at the synergy between their remotes and on-screen user interfaces. Operations could be easier and more consistent. You’ll get used to it, but you shouldn’t have to settle.

While the UBP-X700 is smarter than dumb TVs, the app selection is a tad limited, although I admire the eclectic mix: Amazon Prime Video, Fox News, Hulu, Netflix, Tubi, Vudu, YouTube, and YuppTV (Indian television channels) on the video front; iHeart Radio, Pandora, Spotify, and Berliner Phlharmoniker on the audio side. Unfortunately, you can’t add apps as you can with Google TV (née Android TV), Roku, WebOS, and many other operating systems. Put another way, the UBP-X700 will make your TV smarter, just not as smart as a smart TV with a larger app ecosystem.

The UBP-X700 performed on point through most of my initial testing. It responded quickly to commands and enumerated discs quickly. Ultra HD Blu-Ray (2160p), Blu-ray (1080p), DVDs, and VCD video all played fine. The upscaling of DVD and Blu-ray to 4K added some detail, mostly in the form of slightly increased sharpness as well.

Streaming media via DLNA was smooth, although the player doesn’t support the AC3 audio in the 2160p version of Venom that I tried to play. Older DivX video didn’t play either; but to be fair, the latter ability is lacking in a lot of new hardware. I long ago gave up on that format and transcoded my files to MP4.

Where the experience got a bit sticky was when I tried to update the firmware after the player informed me one was needed. Sticky because the player steadfastly refused to update, either across the network or from firmware downloaded to a USB stick. It turns out that the UBP-X700 doesn’t like having a disc inserted while it’s updating. At least, that’s what I’m assuming; because when I removed the Ultra HD Blu-ray version of Spiderman: Far from Home (thanks, Sony), the update suddenly proceeded apace. My uncertainty stems from the disc-less upgrade attempt occurring two days after the initial failures.

After the upgrade, I started in with my music collection on SACD, DVD audio, USB, and DLNA. Most people would consider the experience a success as only Windows lossless WMA failed to play from USB media and all types of discs played just fine. Honestly, I only have Windows Lossless for test purposes. Otherwise I use the far more common FLAC.

I was a bit surprised, however, that 5.1, 7.1, or any type of wave file (.WAV) produced nothing but white noise and clicks over DLNA. Not that I want to stream those in real life, but hey, I’m getting paid, so….

In case you were wondering, the major difference between Sony’s models UBP-X800 and the UBP-X700 reviewed here is audio related. The X700 lacks the pricier model’s Bluetooth output. If you want to listen wirelessly, that might be a consideration.

The UPB-X700 is great disc player/media streamer and a nice upgrade for anyone with a dumb TV or out-of-date disc player. I’d like to see a larger app ecosystem, and support for a couple of more codecs, but it’s a winner nonetheless.