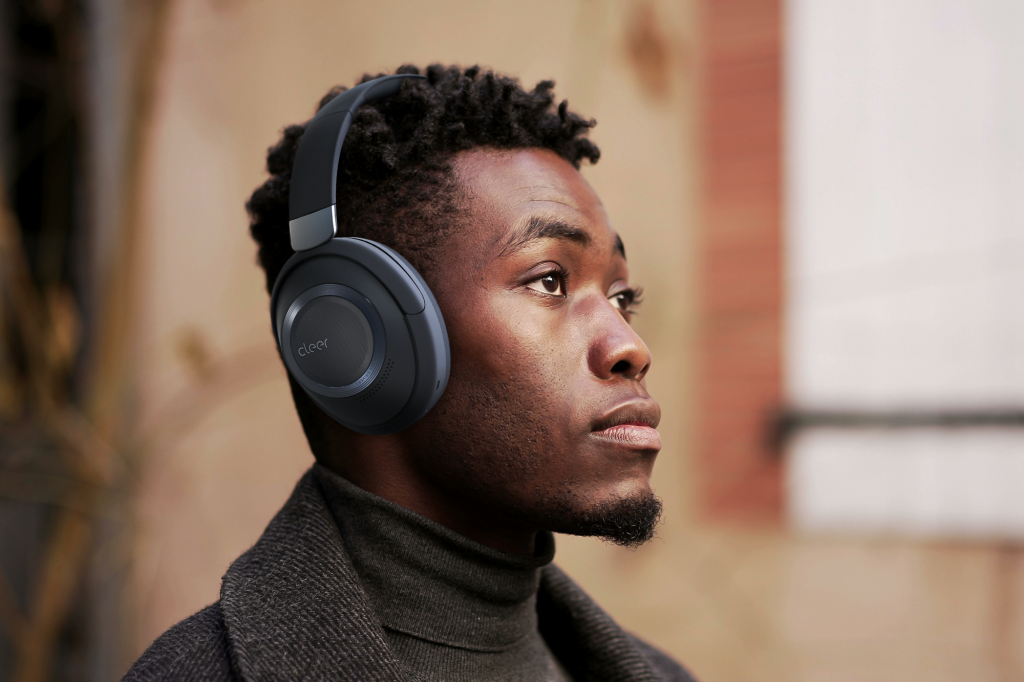 Image: Cleer
At a glance

Cleer doesn’t have the brand cachet of a Bose or Sony, but the Alpha is a fantastic noise-canceling headphone for the money.

Not familiar with Cleer? You should be: This brand came out of nowhere in 2012 and now produces some of the best personal audio gear on the market, though it remains far from a household name.

Cleer’s new Alpha over-ear headphone occupies a new spot at the upper end of Cleer’s lineup—not including its $700 Next model—offering a near-perfect balance of fidelity and portability. At 11.4 ounces, the collapsible phones rest easy on the ears even during extended listening. And with 35 hours of promised battery life, you needn’t worry if you leave them on for the better part of the workweek before recharging (via a USB-C port). The Alpha can be used with Bluetooth (with support for aptX Adaptive) or via a standard 3.5mm line-in cable; the latter extending the stated wireless frequency response from 20Hz-20kHz up to 20Hz-40kHz (no tolerance given).

Powered by Cleer’s “Ironless” 40mm driver, the company says this technology is designed to reduce distortion and improve voice-call operations. Based on my testing with music and other recorded media as well as phone calls, it’s hard to argue with that claim. Audio is crystal clear and plenty loud; my only complaint with the sound quality was some weakness in the midrange, though Cleer’s app-based equalizer offered an easy way to give it a boost. (More on the app later.)

Cleer offers the same two noise-cancellation modes that you’ll find on most of its noise-cancelling headphones. A standard adaptive noise cancellation mode uses two microphones to capture ambient sound and scrub it out; it’s remarkably effective and still stands as one of the most effective ANC technologies I’ve encountered. Alternatively, Cleer’s ambient mode is designed to allow outside noise in while still providing a high-grade audio experience. It works as promised, but I haven’t found much use for it. It could be useful if you’re listening to music while sitting in an airport lounge, or while walking down the street and you need to hear what’s going on around you. Both modes can be disabled completely as well.

All these features can be operated via controls on the headset itself. A touch-sensitive panel on the right-hand earcup lets you swipe in various directions to change volume or skip tracks forward or back. Double-tap the cup to pause and deal with phone calls, or put your whole hand over it for two seconds to nearly mute the audio so you can speak to the flight attendant about what you want to drink. A physical button on the left side cycles through noise-cancellation modes. This button also can be used (via double press) to toggle Cleer’s powerful Dirac Virtuo spatial audio mode on and off. Meant to create a more immersive, surround-like experience, I found a worthwhile upgrade in many listening modes.

The Cleer+ app gives you access to all these features and more via your smartphone screen, plus a couple of bonus features: A battery life indicator (complete with hours and minutes remaining) and access to a software equalizer. It’s worth installing the app for this feature alone; as I mentioned before, some simple tweaks here helped me boost the mids just enough to make the audio experience perfect (though the equalizer can’t be used with the Dirac Virtuo mode).

The headphones come with a hard-shell case, Aux and USB cables, and a two-prong airplane adapter, all of which pack into the case with ease (there’s even a cheat sheet on using the headphones inside). The unit is available in two colors—white or black-and-blue—both priced at $250. That’s not inexpensive in a world where $200 can get you some amazing headphones, but in my estimation, this is one time where the splurge is clearly worth it.

Updated February 9 to add our star rating, which was omitted when this review was originally published.