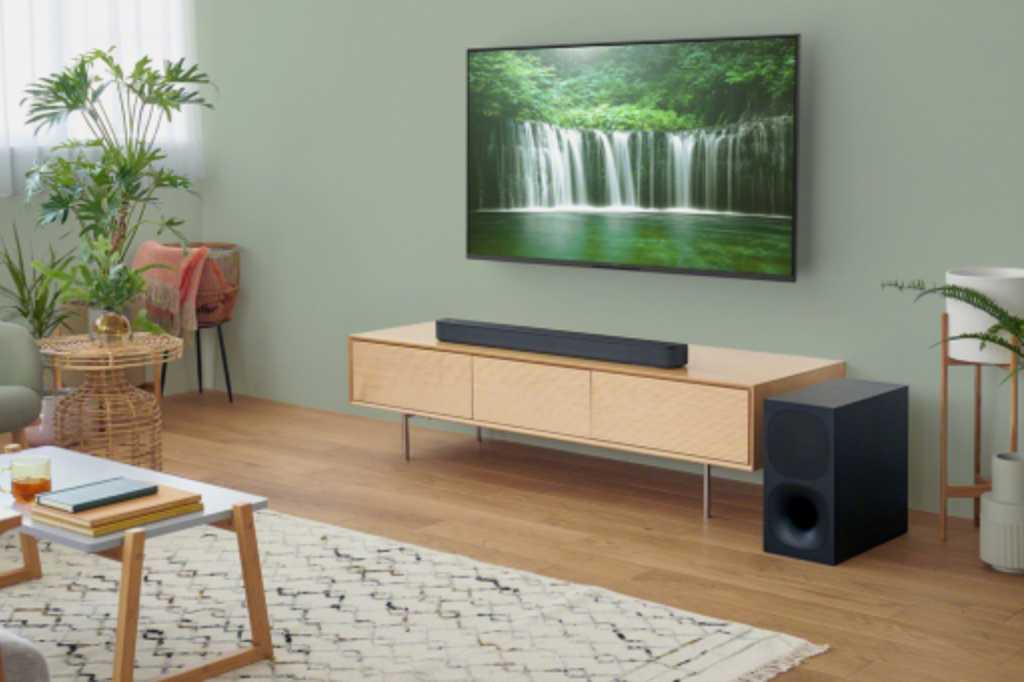 Slated to go on sale in April for $300, the Sony HT-S400 arrives with a wireless subwoofer and Sony’s S-Force Pro Front Surround Technology, a virtual surround-sound processing mode that we’ve seen (and heard) on other Sony soundbars, such as the pricier HT-G700. A Sound Field button on the remote applies the S-Force Pro mode to stereo audio sources, while a Voice mode enhances the sound of dialog.

The 2.1-channel soundbar also comes with Dolby Audio support, but no Dolby Atmos, which means you won’t hear any helicopters or raindrops overhead when listening to Atmos-enabled movies or TV shows. 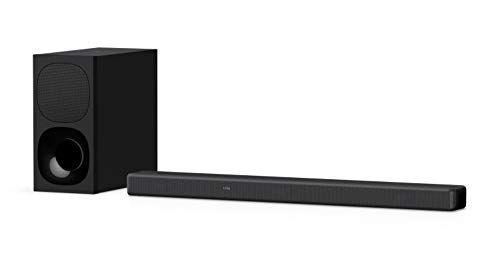 Sony offers another $300 soundbar that does support object-based Dolby Atmos and DTS:X sound–the HT-X8500–but that all-in-one soundbar lacks the HT-S400’s wireless sub. Meanwhile, competing soundbar makers are coming out with Dolby Atmos-enabled models in the $300-400 price range, including Vizio and its 5.1-channel M51ax-J6. (Dolby Atmos is a standard feature on Sony’s pricier soundbars, such as its high-end HT-A7000 and HT-A5000 models.)

Getting back to the HT-S400, Sony is touting the soundbar’s X-Balanced Speaker Unit, which boasts an oval shape that maximizes the overall size of the driver’s diaphragm (we’ve seen similar designs in competing soundbars), while the “Separated Notch Edge” (basically a series of “strategically placed” notches around the driver) helps to “control the stress inside and outside the edge of the diaphragm,” thus allowing for “clear, rich dialog,” Sony says.

If you have a supported Bravia TV, you’ll be able to control the HT-S400’s settings and modes using the Bravia’s Quick Settings menu, as well as wirelessly transmit audio to the soundbar via Bluetooth.

On the back of the HT-S400 sits a single HDMI-ARC interface, while an optical audio input allows you to connect the soundbar to older TVs that lack HDMI. There’s also a USB-A port that’s reserved for software updates.

We’ll have a full review of the Sony HT-S400 once we check out a review unit.