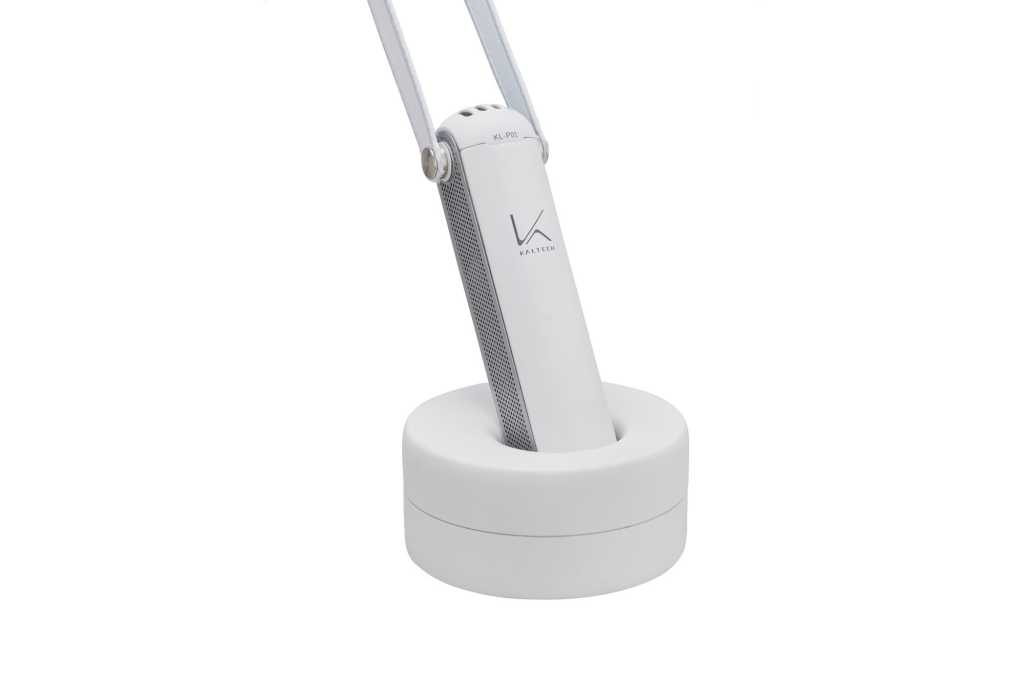 Image: Kaltech
At a glance

This wearable air purifier has a mere fraction of the power of a standard unit and feels woefully ineffective.

$124 (based on conversion from Japanese Yen to U.S. dollars)

With the release of the Kaltech MyAir, we have perhaps reached peak purifier. This small device—a cigar-shaped tube weighing just 2.7 ounces and measuring 4.5 inches long—is designed to be worn around the neck, purifying the air in your immediate surroundings, sucking in nasty germs and pollution before they can make it into your nose or mouth.

The device can reportedly process up to 7 liters of air per minute, using a photocatalytic filter and LED light (not UV light) to clean air rather than a traditional HEPA-style filtration unit. The process is similar to that used by ionizer devices.

My natural instinct is that wearing a miniature purifier around your neck is not an effective way to dodge illness and pollution, but Kaltech says its technology has been scientifically tested by the Nihon University School of Medicine against COVID-19, saying, “In a world first, it was demonstrated that photocatalytic technology suppresses the infectivity of novel coronavirus floating in the air to below detection levels by using photocatalytic technology.” (That said, the unit was tested running in a 120-liter chamber for a full 20 minutes.)

The product manual in the box might include other evidence, but my test unit featured instructions completely written in Japanese. Note that I received this review unit in December; it hasn’t officially launched in the U.S., although it was shown publicly during CES where the company said it would available for sale in early 2022.

This review is part of TechHive’s coverage of the best smart air purifiers, where you’ll find reviews of the competition’s offerings, plus a buyer’s guide to the features you should consider when shopping for this type of product.

The good news is the manual isn’t necessary, as there’s not a lot to the device. It can charge directly via a USB-C cable or through a docking cradle that connects to the same USB-C cable. The company says the unit can charge in 4 hours and the onboard battery can run for 8 hours. My testing achieved more than 11 hours of running time, although I found it prone to losing its charge when sitting idle. A single button turns it on and off; there’s no fan speed control and no wireless connectivity. In addition to the charging cradle, a neck strap, pocket clip, and aforementioned USB-C charging cable are all included. The device is also available in your choice of three colors.

While I can’t say whether the Kaltech MyAir genuinely kills COVID on a meaningful scale—a typical room purifier can process 6,000 liters of air per minute or more, compared to the MyAir’s 7 liters—I can say it emits a light breeze of air which, when worn as directed, hits you roughly in the chin. The purified air has a certain odor (somewhere between grassy and metallic), which is a trait you’ll find in many ionizer-style devices. Even after weeks of use, the smell didn’t dissipate, which presents a particular negative when it’s blowing right under your nose.

In the fight against COVID, every little bit helps, particularly when you’re in tight quarters like a bus or plane, but it’s hard to imagine that the $124-ish MyAir (the company says it will be priced less than $200 when it comes to the U.S.) moves the needle in any measurable way. Not to mention: As a fashion statement, it’s an even tougher sell.

Correction: As originally published, we stated that the MyAir had been scientifically tested by the Nihon University School of Medicine against COVID-19. We should have reported that Kaltech’s air purification technology—not this specific product—has been tested by Nihon University. We’d also like to add that the MyAir does not use disposable filters, a benefit common to all ionizer-type air purifiers. Finally, the manufacturer provided us with a link to an English-language version of the MyAir’s user manual.