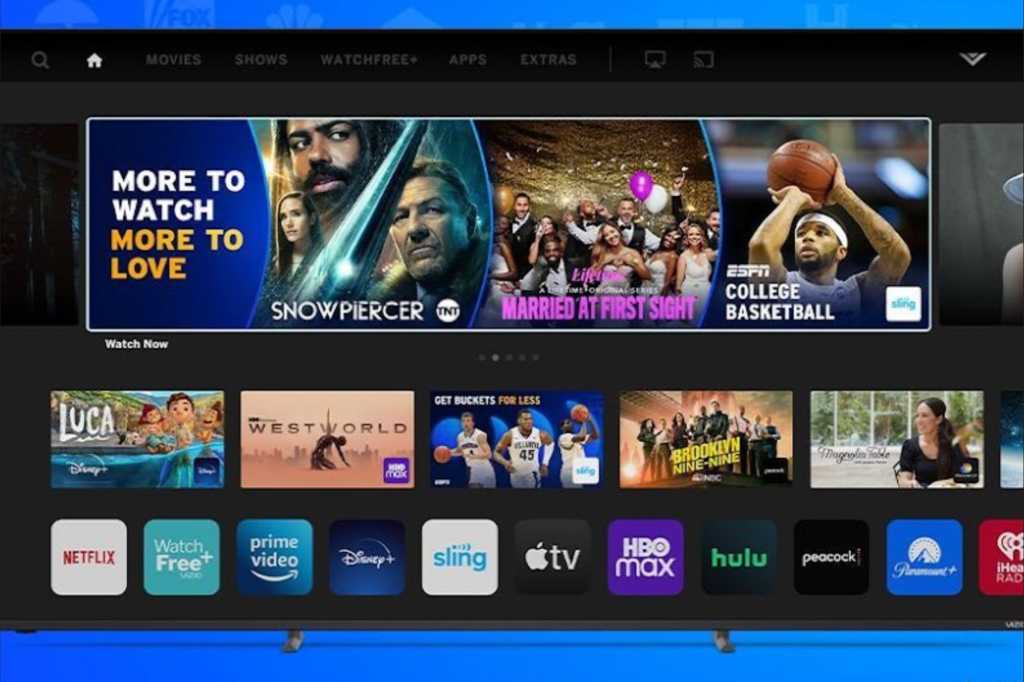 Vizio TV owners are about to get another way to watch live TV, with Vizio announcing that the Sling TV app is making its way to the SmartCast platform.

Previously, Sling TV users who wanted to stream live TV shows to their Vizio TVs had to cast them via AirPlay 2 or Chromecast, or else launch the app on a connected streaming video player.

Vizio said the Sling TV app is rolling out now to the manufacturer’s SmartCast TVs, where it will join the likes of Hulu and YouTube TV, which offer their own live TV apps on the platform.

As part of the announcement, Sling TV says it will give SmartCast users a free three-day trial of its live TV service; just follow this link for more details.

Sling offers a pair of packages, Orange and Blue, that each bundle a variety of live TV channels for $35 a month, or you can sign up for a combination of Orange and Blue for $50 a month.

Unlike Hulu + Live TV and YouTube TV, Sling TV doesn’t include local broadcast TV stations. But at $65 a month, Hulu and YouTube charge considerably more for their live TV offerings.

Vizio has been steadily adding streaming apps to its SmartCast platform, including such options as Apple TV+, Disney+, and Movies Anywhere.

SmartCast also offers a wide range of free streaming channels, along with the Pluto TV-powered WatchFree service, which boasts more than 100 free (and ad-supported) news, sports, music, and entertainment channels.

We recently published a story that details how to prevent a Vizio TV from defaulting to SmartCast whenever you turn on the set.

Mentioned in this story