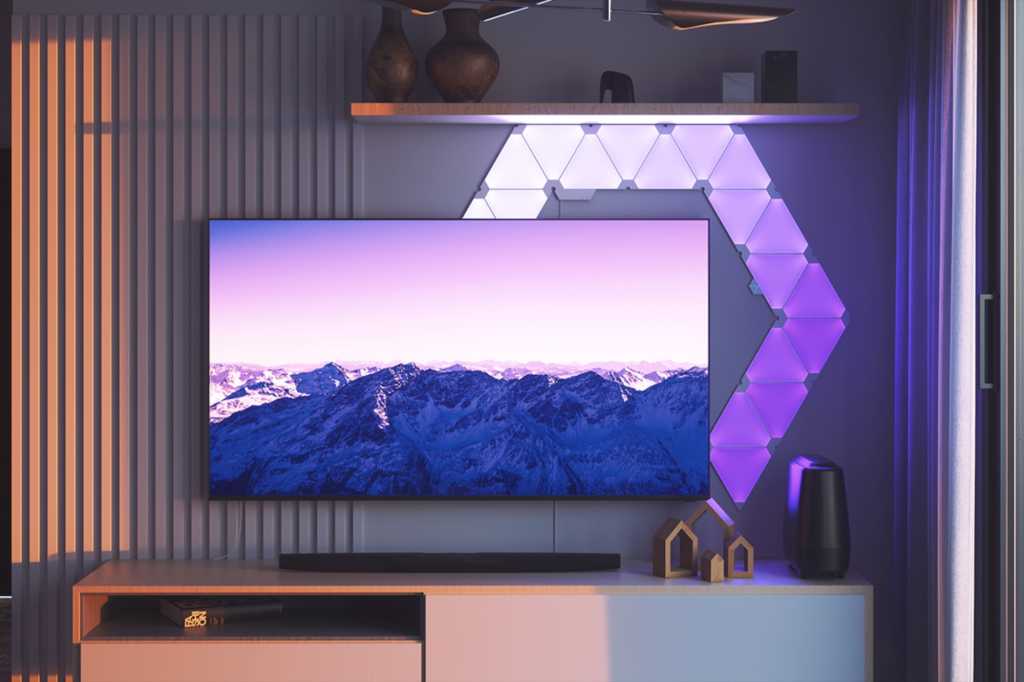 After a five-year run, Nanoleaf says it’s finally moving on from its first, aptly named Light Panels, although it’s pledging to support the triangular-shaped lighting panels for the foreseeable future.

In a press release, Nanoleaf announced that it is “saying goodbye” to the Light Panels, which made their debut back in 2016 as the Nanoleaf Aurora.

Nanoleaf’s replacement for the now-discontinued Light Panels, the Shapes line, first arrived in 2020.

Nanoleaf promises that the Light Panels will continue to be supported in the Nanoleaf app “forever,” adding that you’ll be able to control them in group scenes with existing and future Nanoleaf lights.

All two-year warrantees and replacement parts for the Light Panels will “continue to be available as expected” depending on “the initial date of purchase,” Nanoleaf added.

The company is also selling expansion packs and accessories for the Light Panels at discounts up to 50-percent off, but only as long as supplies last.

The original Light Panels made a splash when they first arrived back in 2016 with their modular design and ability to sync with music and PC displays, and they soon became de rigueur for Twitch streamers looking to jazz up their gaming rooms.

In our review, we called Light Panels the “ultimate conversation piece” that “makes up for” its “lack in utility” in its “pure enjoyment,” although we dinged the “loose” connectors that hold the panels together.

Nanoleaf followed up on the Light Panels a year later with the square-shaped Canvas line, which added touch-sensitive panels that let you adjust the lights, control smart home devices, and even play games, all by tapping or swiping the squares.

Nanoleaf’s Shapes line, which arrived on the scene in 2020 and are now available in Hexagon, Triangle, and Mini-Triangle flavors, replaced the flimsy connectors on the original Light Panels and Canvas panels with sturdier snap-on versions, while new removable mounting plates made the panels easier to remove from a wall.

Shapes also let you mix and match differently shaped panels in the Shapes line, as opposed to the incompatible Light Panels and Canvas panels.

Besides their new design elements, the Shapes light panels come with controllers that boast built-in Thread border routers that connect Nanoleaf’s Thread-enabled Essentials lights (and eventually other Thread-enabled HomeKit devices) to the internet.

Updated shortly after publication to clarify Nanoleaf’s warranty and replacement policy, and to add a correction: The Nanoleaf Light Panels debuted in 2016, not 2017.