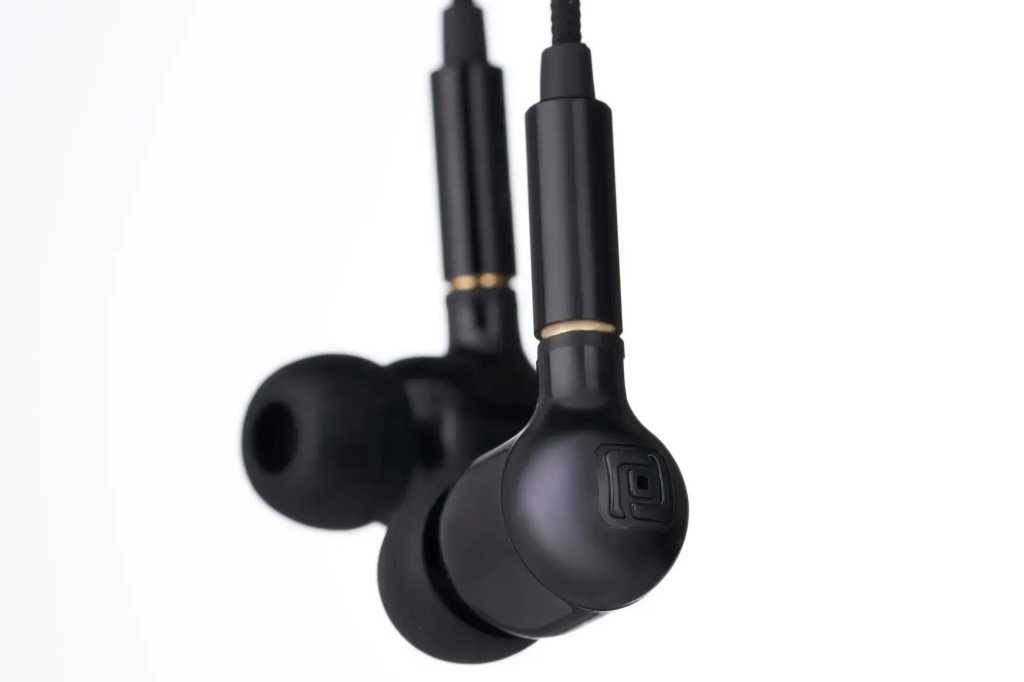 Periodic Audio made its name with in-ear monitors (aka headphones) designed by a team relentless in its pursuit of maximum sonic excellence at each model’s price point. The range has no flashy logo, no bespoke industrial design, just incredible hi-fi performance for the price.

The $499 $299 Carbon in-ear headphone is the company’s flagship product, and Periodic Audio’s recent redesign is a collection of small changes that add up to a huge upgrade. This headphone demands that you focus on its assigned task. If you’re a multitasker addicted to scrolling through social media and watching sports on TV while you’re playing music, the Carbon will inevitably hijack your attention and the other stuff will just fade away. They’re so good at sucking a listener into their orbit that I’d hesitate to use them while using public transport or walking around town.

I’ve owned the previous generation of Carbon, and I’ve consistently used it when I’m listening to mixes or any time I want to focus on the details of a new song. It was an outstanding in-ear monitor, but the new version is a welcome improvement.

Editors’ note: Periodic Audio has moved to a direct-sales model, and the Carbon V3 are now selling for $299.00.

What’s new with the PE Carbon

Periodic Audio has made some major improvements in the cables and the earpiece housings. Most importantly, they’ve replaced the cable with a removable and replaceable 3mm TRS (tip/ring/sleeve) to a removable twin 2.5mm TS version. If you ever need a new one, Periodic will sell you the Ag cable for $79.

I always felt like the original cable was a bit thin and fragile, even though the company says the cable break rate on the old version was only 0.3 to 0.4 percent. I have no reason to doubt those numbers, but that doesn’t mean a lot of users weren’t nervous about durability. Periodic was obviously paying attention, and this new option is fantastic, even if in practice the new cables only make us feel better about the repairability of a substantial investment, as opposed to solving an actual breakage problem. That doesn’t make this new cable any less amazing.

To keep the earbuds as small as possible while providing the detachable cable, Periodic Audio developed its own 2.5mm jack, dubbed the IDEEL (IEM Direct Electrical Engagement Link) connector. The company says it’s the world’s smallest 2.5mm jack, measuring just 3.6mm across with a mounting depth of 9.5mm.

The other big news is that the earbud housings are now made from Eastman’s Tritan copolyester thermoplastic, the same substance used to make the virtually indestructible plastic containers for Vitamix blenders. Periodic Audio says the material is also better for audio applications than either polycarbonate or ABS, and that the redesigned Carbon is the first headphone to use the material.

The second-gen Carbon’s transducers are the same ones found in the original product and utilize a lab-grown diamond layer (8 microns thick) on a proprietary high-temperature polymer substrate. The transducer diaphragm is manufactured from carbon in a diamond lattice, its transducer is a proprietary polymer, the frame is 315 stainless steel, and the magnet is N48H-grade neodymium.

In addition to the earbuds and the cable, you get nine pairs of ear tips: Three types (single-flange silicone, dual-flange silicone, and memory foam) in three sizes (small, medium, and large). Periodic also includes a gold-plated 1/4-inch TRS adapter, a gold-plated dual-mono airplane adapter, and a pair of hooks you can use to thread the cable around your ears. In lieu of a flimsy carry back, you get a metal screw-top travel case. This last accessory resembles a smokeless tobacco tin, and it slides just as easily into the back pocket of a pair of jeans.

I tested the Carbon with latest version of Periodic Audio’s Nickel portable headphone amp ($299). The changes to the latter are far more than cosmetic; Periodic has substantially improved an already outstanding piece of gear. The second-generation Nickel is manufactured from the same nearly indestructible Tritan material as the new Carbon. The input arrow is now debossed and the output arrow embossed, so you can easily figure out which port to use just by touch.

Periodic Audio also redesigned the amp’s internals, moving the power supply and battery charger away from the audio components. This change has lowered the noise floor on the Nickel, meaning the signal, noise, and distortion (SINAD) is higher, while the total harmonic distortion plus noise (THD+N) is lower.

The Nickel’s battery has grown from 260mAh to 400mAh, yielding a run time of 14 to 16 hours on a full charge that only takes 30 minutes. This headphone amp is absolutely tiny and, while it’s designed to work with Periodic Audio’s own gear, the Nickel will improve the detail from any headphone you want to use with a mobile device.

Listening to a lossless stream of Brian Eno’s 1974 album Here Come the Warm Jets really shows off the Carbon’s strengths. There’s just the right amount of space between the pulsing bass and relentless hi-hat in “Baby’s on Fire.” There’s a definitive interplay between the instruments here instead of the usual brick wall of beat that you’ll experience listening to these songs on less detailed speakers.

“Sacrifice” from the Weeknd’s latest album Dawn FM aims to update the bass-forward vibe of classic tracks like Chic’s “Good Times” or Michael Jackson’s “Off the Wall” with something equally slinky but even more earthshaking on the low end. The Carbon is more than capable of reproducing that extra rumble without distortion.

The Carbon is especially good for hip-hop listening. Earl Sweatshirt’s recent single “2010” shines, with a Black Noi$e production featuring skittering keyboards racing back and forth through the stereo field and a chill-but-brutal beat that feels like it’s randomly whacking you upside the head.

What’s the difference between Periodic Audio’s top two in-ear headphones? The $499 price tag on the Carbon is $100 more than the $399 Beryllium. They’re both outstanding headphones and which pair works best for you depends on your personal preferences.

The Carbon offers more detail and resolution, to the point where it’s possible to identify individual tracks and their respective volume rides during mixdown. The Beryllium has just a shade less detail, which can make a song’s mix sound more like a coherent whole.

I’ll take the impressive detail of the Carbon every time, but the Beryllium offers an equally compelling experience that few headphones in this price range can match.

In the end, Periodic Audio is selling you a superior audio experience. There’s no lifestyle branding that will attract strangers to ask what you’re wearing. The Carbon is so feature-free that you might have a hard time explaining to someone why it cost so much when, at first glance, they look like the earbuds airlines sell you for $2 on the plane.

Music devotees won’t care, because this headphone sounds as good as competitors that cost twice as much—it’s one of those wonderful things you buy for yourself because you know what you like and you can afford it.

Periodic Audio makes the Carbon (and the Beryllium and the Nickel) in the U.S.. This is a small company with a definitive vision about how headphones should sound, and it builds gear that delivers amazing performance for the price.