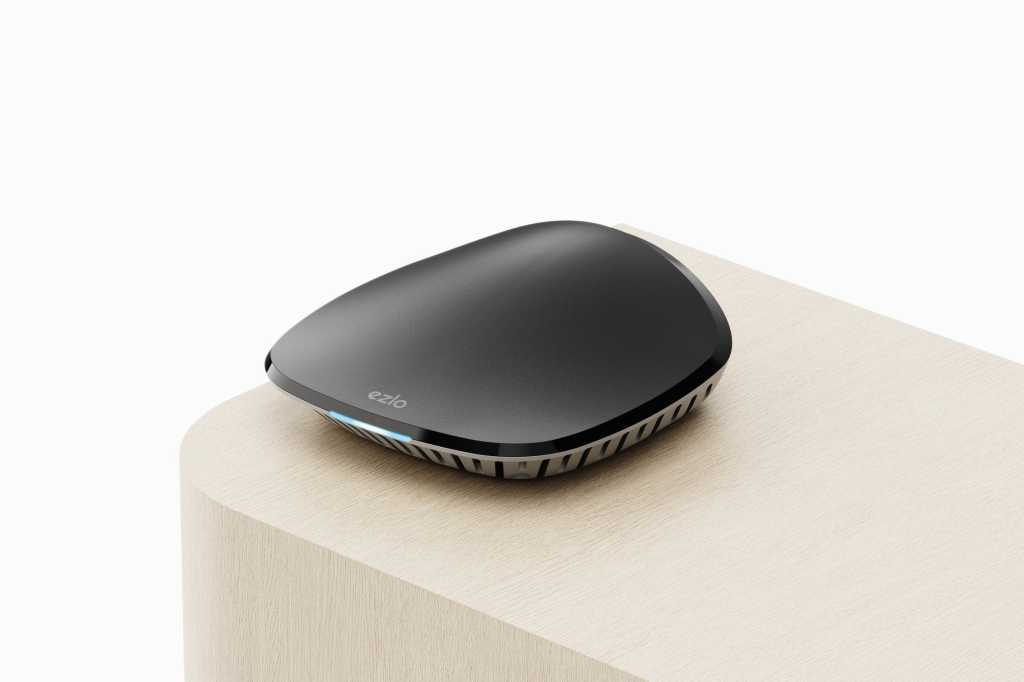 Image: Ezlo Innovations
At a glance

Easy to set up and use, the Ezlo Plus can be the center of a smart home, but it lacks the across-the-board compatibility mainstream users will want.

Looking to create a smart home empire by combining the products of Ezlo, Centralite, Fortrezz, and Vera, Ezlo Innovations has something for every home, with the Ezlo Plus hub at the center. It can be the basis for setting up a smart home with lots of connected devices, but the Ezlo Plus controller has as many quirks and shortcomings as it does triumphs.

Small and easy to hide, the Ezlo Plus hub measures 4.0 x 4.2 x 1.4 inches (WxDxH), with a prominent hump that makes the black and gray device look like a duck’s bill. Roughly the size of Aeotech’s boxy Smart Home Hub, it’s nearly four-times as big as the tiny Hubitat Elevation hub.

This review is part of TechHive’s coverage of the best smart home hubs, where you’ll find reviews of the competition’s offerings, plus a buyer’s guide to the features you should consider when shopping for this type of product.

While it lacks insets for wall mounting, the 4.2-ounce Ezlo Plus can be mounted just about anywhere with Velcro tape. It has ports for a full-size USB-A connection and a micro-USB for power; it comes with the needed AC adapter. There’s also a recessed reset button for returning it to its factory-installed firmware.

Its ethernet port is limited to 100Mbps transfers and can’t use the convenient Power over Ethernet (PoE) standard, but the Ezlo Plus has 802.11ac Wi-Fi built-in, something the Hubitat Elevation lacks. It, however, does without the more expensive Ezlo Secure’s back-up battery and mobile network connection for fail-safe use during power and broadband outages.

Up front, the Ezlo Plus has status LEDs that glow red when the hub is starting up and turn green when the device is ready to be set up. They light up blue when it’s online and connected.

Inside the Ezlo Plus

Under its skin, the Ezlo Plus has a quad-core Cortex-A7 processor along with 512MB of DDR3 memory and 4GB of flash storage space for its firmware. It can directly control up to 232 devices and all the settings and control routines are stored online instead of the Aeotech’s combination of local and cloud storage.

Ezlo isn’t working with the Connectivity Standards Alliance’s Matter consortium that seeks to enlarge smart home control by unifying commands and compatibility. Still, the company says that the Ezlo Plus hub is compatible with 27,000 smart home devices. On the other hand, its wizard-based connection sequence has links for a few hundred items that range from Aeon bulbs to Zooz switches. In between it works with items from Westinghouse, Yale, and Aeotech.

What’s missing is direct setup software for devices from Philips, Wemo, and other mainstays of smart homes. The hub can connect with generic Z-Wave and ZigBee devices, but it’s a little harder to accomplish than Ezlo’s direct connection wizard.

Its $130 price tag is on target with the Hubitat Elevation and Aeotech Smart Home Hub. Ezlo includes lifetime online storage of connection data and routines, avoiding burdensome subscriptions, like Hubitat’s $30-a-year online storage charge. Ezlo also sells devices that range from cameras to lightbulbs to smart outlets as well as other hubs, including the inexpensive USB-based Ezlo Atom.

Setting up the Ezlo Plus

Getting the Ezlo Plus hub online started with installing the Vera Mobile app for either Android or iOS. Be careful there are several apps that also use the Vera name. Using my Galaxy Note 20 phone, I picked the Ezlo controller from the app’s on-screen list of hubs. I set it up for a wired LAN connection. Later, I used a Wi-Fi connection.

Then, I agreed to the license, created an account, and set up push notifications. A smart home hub is worthless without connections to my favorite devices. I started adding them by tapping the Add Devices “+” button and used Ezlo’s wizard to connect a Z-Wave-based Leviton DZPA-1 smart outlet and then a Zigbee-based Centralite 4200-C smart outlet. My Linkind BR30 flood light was not listed but connected using the generic Zigbee instructions.

My Amcrest M2B ZenCam camera also didn’t have wizard software, but I was able to connect using the Real Time Streaming Protocol (RTSP). After I entered the cam’s name, IP address and password, the software found it and got the stream online. The hub was set up with four devices in 11 minutes and 40 seconds.

With the hub online, I turned my attention to the Vera Mobile app. Unlike many of its peers, the app works both vertically and horizontally, making it feel natural to go between a tablet and a phone. It supports a browser-based connection as well.

Once online, the connection worked well with near instantaneous action and has a quick way to program a scene to turn a light on and off and to set sunset and sunrise routine, but it lacks a shut-off timer. The Ezlo Plus uses the aforementioned VOI voice interaction to work with Amazon’s Alexa and Google’s Assistant but not Apple’s HomeKit.

Ezlo Plus in the real world

About halfway through my two-week evaluation, the Ezlo Plus lost its connection and its LEDs blinked orange, indicating a firmware problem. After resetting the hub, it came back to life, but I needed to set up my devices again.

The Ezlo Plus hub is a powerful smart home hub. If it had a little more polish and attention to its software, it could be a powerhouse.