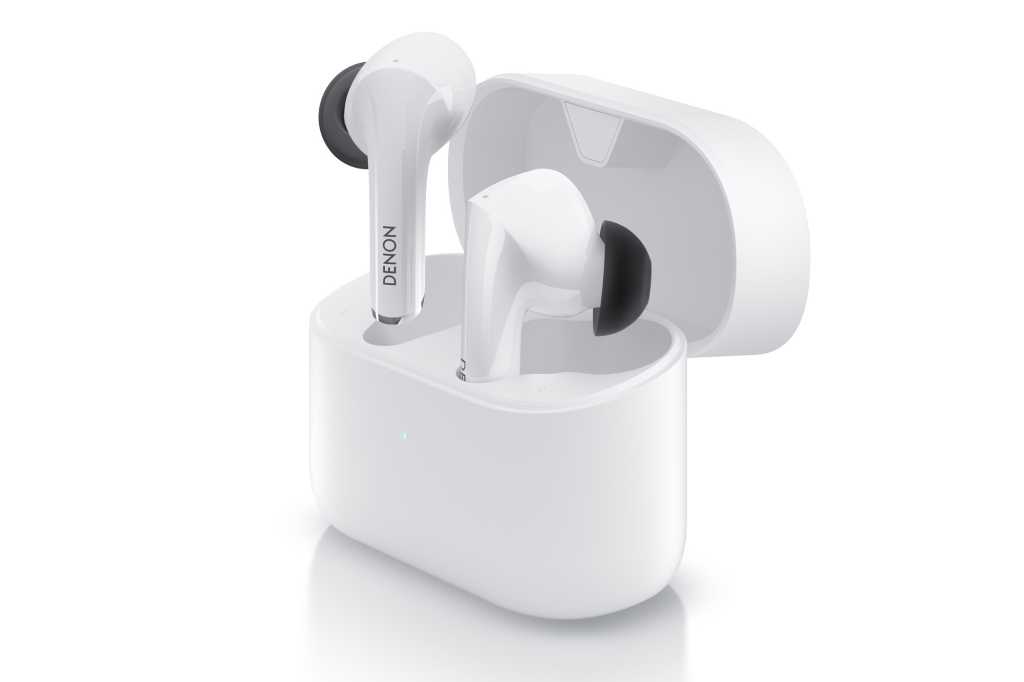 Denon’s industrial design isn’t quite as polished as Apple’s, but these ANC buds deliver considerably more bang for the buck than Apple’s AirPods Pro.

I see at least a dozen pedestrians a day walking down the street with white earbuds comfortably ensconced in their aural canals. Given that I live in a recently techiefied neighborhood, I assume the vast majority of them are Apple AirPods Pro. Now that I’ve heard the $159 Denon AH-C830NCW, I’m thinking most of those listeners could’ve saved $90.

I should elaborate by saying save $90 while still giving the don’t-look-too-closely impression that you’ve overpaid for Apple’s product. The AH-C830NCW are available in black or you can get them in white, like the AirPods Pro. In white, when viewed from a distance, they can pass for Apple’s buds. The differences are more apparent up close, so just shy away. I kid. Long past the point of peer influence, I’d probably go for the black version.

In either color, the AH-C830NCW weigh approximately 5.3 grams (approximately 1.87 ounces) each and come in a color-matched charging case. The buds themselves are rated for 6 hours of run time, and the case for 24 hours (or four recharging cycles). That drops to 4.8 hours and 19 hours when active noise cancellation (ANC) is employed.

In case you weren’t aware, ANC captures the ambient noise via microphones, then creates and adds a phase opposite signal to the signal stream to cancel it out. This of course, requires more power. The AH-C830NCW can also pass through ambient noise if you want to hear someone talking, or you deactivate the microphones altogether, so that the earbuds act as sound-blocking ear plugs. Said microphones are also used to facilitate audio during phone calls.

The charging/carrying case features a USB-C port for charging, and a button for Bluetooth pairing, reset, and battery level on the back. The indicator light for those functions is on the front. With the lid closed, the earbuds charge, and when you open the case they automatically go into pairing mode.

The upper portions of the buds are touch sensitive and used to switch ANC modes (on/off/ambient pass-through), control phone calls, switch between tracks, and so on. There was no volume up/down function that I could find, so you’ll need to rely on your playback device for that.

There are three sizes of pads (S, M, L). The medium-sized pads came installed on the earbuds, but I switched to the small versions, which I found stayed in my ears more readily There’s also a very short (8.5-inch) USB-A to USB-C USB cable, as well as quickstart guide in the box. Said guide contains a scan code that will take you to the more detailed users’ guide at Denon’s website.

I must admit, having experienced Denon as a premium brand for nearly all my life, I thought the AH-C830NCW earbuds would blow me away. Instead, they struck me as middle of the top-tier—like the AirPods Pro. Given the $90 difference, however…. Part of that judgement stems from the last earbuds I tested being the exceptional Marshall Motif ANC. 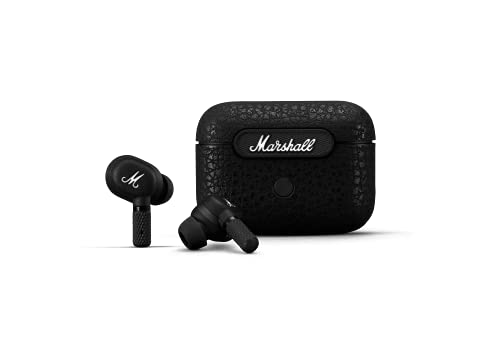 My only gripe, if you can call it that, is a slight lack of sparkle; i.e., an ever-so-slight lack of clarity in the upper-mid to high frequencies. This is something that can generally be EQ’d to taste, but as mentioned, there’s no EQ function here. Younger ears will probably disagree on the high frequencies, but I’m sticking with the caveat about the mids.

The thing is, I’m pretty sure these handsome earbuds could match the Marshall Motif ANC’s in sonics—if they had an EQ function. The lack of app and EQ meaning what you hear is what you get. It’s also likely part of the reason the AH-C380NWC’s are $40 less than the Marshall product.

As far as comfort is concerned, the AH-C380NWC’s are average for in-ears. I find the type fatiguing and annoying, but don’t let that dissuade you. Run times and charging capacity were close to the claims, and I actually ran a bit over with ANC enabled, squeezing out 5 hours at very low volume.

Great bang for the buck

Bottom line, while the overall look and feel of Denon’s headphone can’t quite match the AirPods Pro, the sound does, and I wouldn’t hesitate to recommend the AH-C830NCW’s to anyone who’s more about the tunes than style.