When you’re trying to show off videos, photos, and other visual content from your iPhone or iPad, there are too many times when the small screen just won’t do. Fortunately, you can connect those devices to your big-screen TV through several different methods.

You don’t even need a fancy smart TV to do it. We’ll show you several easy methods for screen mirroring, ranging from using a basic HDMI adapter to sophisticated wireless streaming.

Keep in mind that if your goal is to watch streaming services such as Apple TV+, Netflix, or Hulu on your television, mirroring your iPhone or iPad is neither necessary nor the most practical solution. Instead, you can buy a low-cost streaming media player such as a Roku Streaming Stick+ or Amazon Fire TV Stick 4K, plug them into your TV, and operate them with a proper remote control. Here’s a link to our guide to the best streaming devices.

Still, mirroring can be useful if you want to replay videos you’ve recorded on the device, display your photo library, present a slideshow, communally browse social media, or show off your iOS gaming skills on the TV screen. Read on for instructions on how to do that.

The easiest way to mirror your iPhone or iPad to your TV is through Apple’s wireless AirPlay protocol. This allows you to either stream your entire screen’s contents straight to the TV, or beam just the video and audio from within supported apps.

Here’s how to mirror what’s on your iPhone or iPad display:

Keep in mind that with many video and audio apps, mirroring isn’t necessary. Instead, you can just tap the AirPlay icon during audio or video playback—it looks like a TV with a triangle at the bottom—and then select your Apple TV from the device list. Alternatively, bring up Control Center and tap the AirPlay icon (it looks like a concentric circle with a triangle at the bottom). Using AirPlay with these methods consumes less battery than mirroring, and it allows you to use the iOS device for other tasks while music and video play on the television.

Connect an iPhone or iPad with an HDMI cable

While a wired HDMI adapter isn’t as convenient as AirPlay for screen mirroring, it’s a more straightforward way of connecting, especially if Wi-Fi is flaky or unavailable.

For an iPhone, iPad, or iPod touch with a Lightning connector, you can use Apple’s Lightning Digital AV adapter, which costs about $40. Cheaper third-party adapters are also available, but be aware that these will not support streaming video apps that use copy protection, such as Netflix. (You’ll also need to supply your own cable, so consider getting an HDMI cable that’s at least 15 feet long if you want to sit a comfortable distance from the TV.) 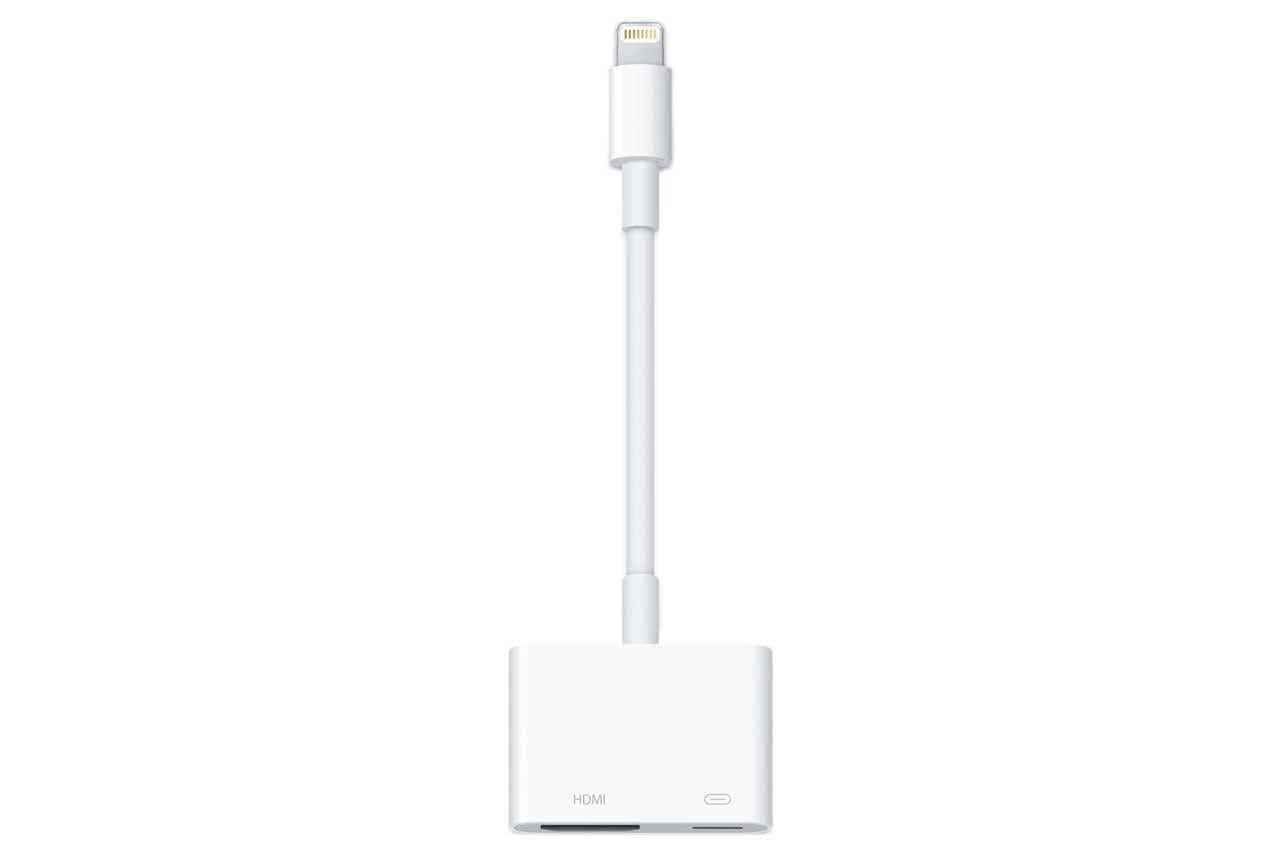 Most apps will simply mirror the iOS device’s display onto the television, but video apps such as Amazon Prime and Netflix might offer persistent playback controls while the video plays on the TV.

As for older iOS devices with 30-pin charging ports, Apple no longer sells its own 30-pin-to-HDMI adapter, but you can find third-party options, such as the JIMAT model shown below, on Amazon. (It’s important to note, however, that these might not work with streaming video apps, due to copy protection. The same is true of third-party Lightning adapters.) 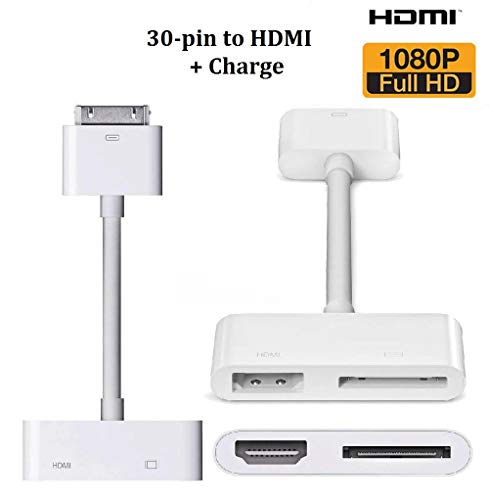 Apple no longer sells its Composite A/V cable that enabled you to connect iOS devices to older tube TVs.

Mirroring to Fire TV and Chromecast

If you don’t want to buy a compatible AirPlay device or HDMI adapter, you can use mirroring apps to share your iPhone or iPad screen on Fire TV and Chromecast devices instead.

Several apps offer this with varying degrees of success, but I’ve gotten good results from 2kit Consulting’s Screen Mirroring apps for Fire TV, and Chromecast. These apps use iOS’s Screen Recording feature to capture video from your iOS device and send it to the streaming player. (With the Fire TV app, you’ll also need to download a separate app on the player itself, but the iOS app will guide you through the process.)

Some caveats do apply: You’ll experience some delay, video quality isn’t perfect, and you’ll usually have to sit through an ad before you can mirror unless you upgrade to the paid versions of these apps. Still, these apps are good enough for mirroring photos, websites, presentations, and social media feeds.

With Chromecast, be aware that you can also send video, audio, pictures, and information to your TV from thousands of supported apps. These apps will allow you to play content directly on the television, so you don’t need to mirror your iPhone or iPad display.

After plugging the Chromecast into your television, use the Google Home companion app to connect the device with your wireless network. You should then see the Chromecast icon appear in supported apps. Tap on it, and then select your Chromecast from the device list. Once you begin media playback, it will appear on the television instead of your iPhone or iPad.

With Roku players, you can also share photos, videos, and music from an iOS device using the Roku mobile app. After installing, just head over to the “media” tab to get started.