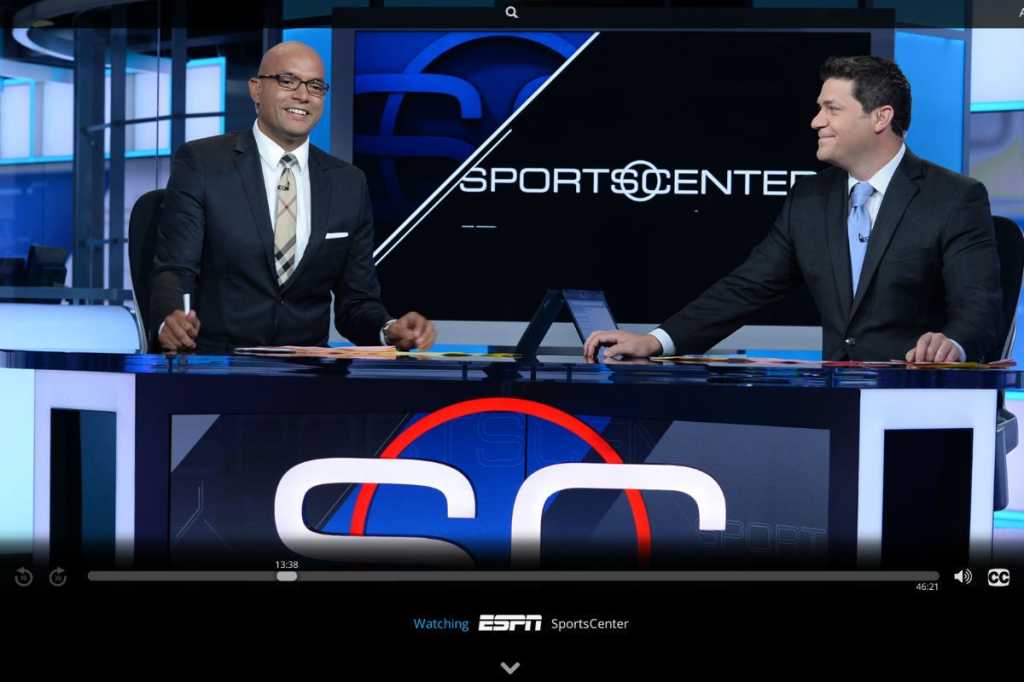 As ESPN feels the effects of cord cutting, the sports giant is looking to launch more streaming services with more partners.

According to Variety, negotiations are underway with Dish Network and other companies about “creating other multi-stream products,” ESPN President and Co-Chairman John Skipper said during Recode’s Code Media conference on Wednesday.

ESPN already works with Dish on Sling TV, a $20 per month bundle of streaming channels that includes ESPN and ESPN2 in its core lineup. Variety speculates that a premium version of Sling TV could be in the works, supporting more than one stream at a time. Sling TV CEO Roger Lynch said last month the company is exploring a multiple stream option.

As for those other companies, Skipper declined to name them, though Amazon and Apple seem like possibilities. Rumors of a live TV service from Amazon first popped up last fall, and Apple has reportedly been trying to nail down its own streaming service for years. (Skipper has previously said he’s open to working with Apple, though the company’s plans are reportedly on hold as it struggles to make deals with all the major broadcast networks.)

In any case, Skipper made clear that ESPN won’t be doing a standalone streaming service anytime soon. “We do not believe that right now to be good business,” he said, while praising the traditional cable bundle as “an excellent business for us.”

Why this matters: ESPN has been hit hard by the move away from bloated cable bundles, having lost 7 million subscribers over the last two years. Although cable companies saw a slight uptick in TV subscribers last year, it’s likely that many are taking up smaller packages that don’t include ESPN—a point that Skipper acknowledged on Wednesday. Even if ESPN doesn’t abandon bundles entirely, bringing the channel to smaller, cheaper packages would be a great news for people who are paying too much for cable.