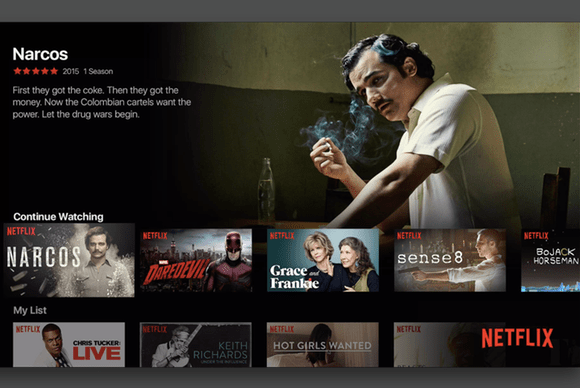 The other shoe has dropped: Netflix will actively prevent the use of proxies and VPNs to access movies that the service shows in other regions.

It’s become a common practice in some areas: users sign up for a virtual private network to avoid censorship bans, access content that was otherwise blocked, or just to avoid network throttling from carriers like Verizon.

Users have also used VPNs to access movies that Netflix shows in Australia, for example, but doesn’t have the rights to show within the United States. But Hollywood hates that, and began pressuring Netflix to crack down last year. And Netflix, it appears, is planning to do just that. Users began noting that the Netflix app on Android was having trouble accessing foreign content via a VPN last week, and today Netflix made it official: if you’re using a VPN or proxy, the good times are over.

In a blog post, David Fullagar, the vice president of content delivery at Netflix, said that the goal was for Netflix to offer the same movies and TV shows on a worldwide basis. But for now, that’s not possible. “In the meantime, we will continue to respect and enforce content licensing by geographic location,” he wrote.

“That means in coming weeks, those using proxies and unblockers will only be able to access the service in the country where they currently are,” Fullgar added. “We are confident this change won’t impact members not using proxies.”

Why this matters: Netflix currently offers content in 190 countries, so it’s hard to see a future where a studio licenses the same movie for streaming on an global basis. And we’re confident that a subset of determined users will find a way around the region blocks. Still, with rumors beginning to circulate that UHD Blu-ray discs will not be region-restricted, it’s hard not to see region locking within the streaming market as simply backwards.