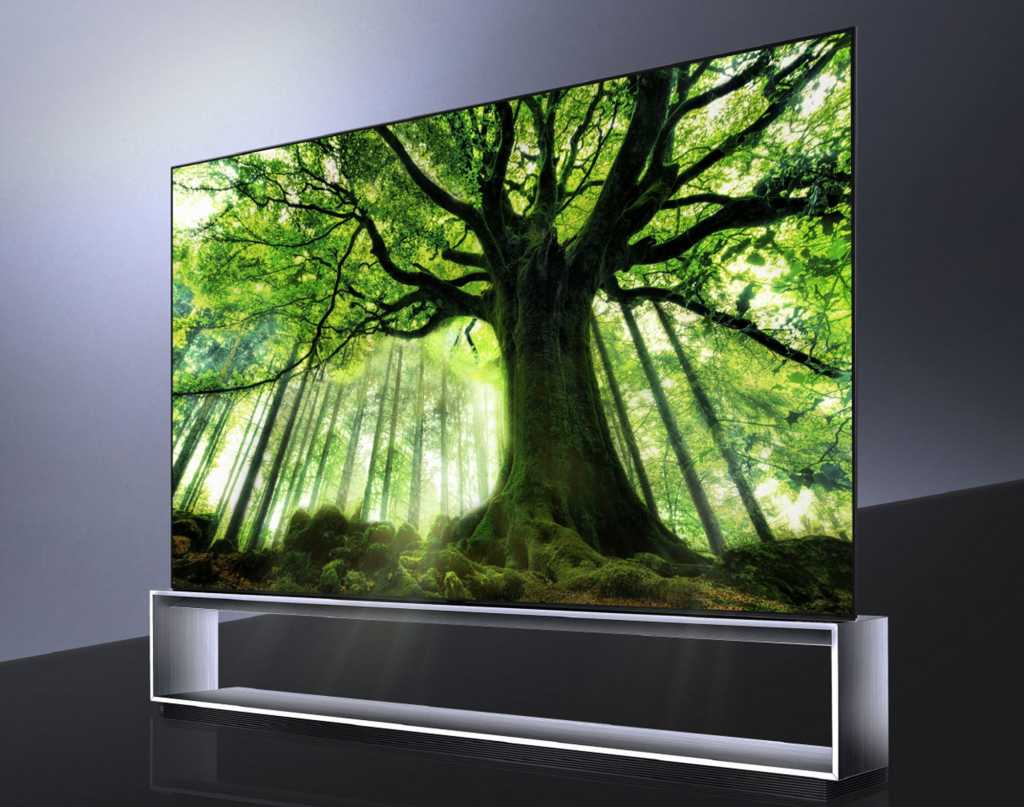 The TV industry is second to none when it comes to misleading, obscure, hyperbolic, and useless terminology and specifications. Manufacturers try to baffle you with bull… Err, bedazzle you with numbers and fancy names. Case in point: it’s an industry that can keep a straight face while telling you that 3840 horizontal pixels equals 4K horizontal pixels (4K equals 4096, but who’s counting?)

Don’t worry, we’re here to help with no-hype, no-frills, plain-language (or as close as we can get) definitions of the terms and specs you’ll encounter when you go shopping for your new TV. We’ll also present some basic advice that will have you schooling your local big-box store pro in no time.

Rather than present everything in alphabetical order in one long document, forcing you to resort to Ctrl-F to find what you’re looking for, we’ve organized the terms into four linked segments. Our second installment covers display types and display technologies, after that, we dispel the mysteries of color spaces and standards, and we wrap up the series with the lowdown on LCD backlighting tech.

Before we dive into our definitions, clarifications, and truth-telling, here’s a key piece of advice: Trust what you see. Display the right material on the TVs you’re considering buying, and your eyes will tell you the difference.  No vendor ever put a demo on its TV that would reveal a shortcoming, but you can use the YouTube app that’s present on nearly every TV to search for “TV testing video.” These can reveal picture-quality issues the manufacturer’s cherry-picked demos won’t.

Since there’s no guarantee the TV on the showroom floor will be connected to the internet, you might want to find these demos with your computer, first and download them to a USB thumb drive and play them nearly all TVs will play files from mass storage.

Terms describing the size, speed, and resolution of displays are created and thrown about in such an ad hoc fashion that it can be daunting to steer through the mess. That’s a great place to start, so allow us to clarify things for you in this first installment.

32-inch, 42-inch, 55-inch, and so on: The diagonal measurement of a TV display, i.e., the distance from the upper left corner of the active part of the display to the lower right.

Inch class: A rounding term used for marketing purposes. For instance, when a display measures 42.5 inches, it’s marketed as 43-inch class (vendors invariably round up). Read the specifications for the actual size.

720p/720i: Resolution of 1280×720 pixels. This is also sometimes referred to as HD, Standard HD, or SHD. The “p” stands for progressive scanning (each row of pixels is drawn sequentially), and the “i” for interlaced scanning (odd-numbered rows of pixels are drawn first, and then the even-numbered rows are drawn).

QHD (Quad HD): A tweener resolution of 2560×1440 pixels (1440p), which has a 16:9 aspect ratio and is four times 720/Standard HD. It’s unlikely you’ll see this in TVs, but it’s common in computer displays. It’s sometimes called WQHD, though we’ve also seen 21:9, 3440×1440 called WQHD which may also called UWQHD, or Ultra Wide Quad HD. Yes, there are entirely too many display resolution acronyms; even experts can get confused.

SUHD: This is not a resolution, but Samsung’s marketing terminology for its 4K UHD TVs that utilize color-enhancing quantum-dot technology and some other advanced tweaking features.

Interlaced (i): Short for interlaced scanning; i.e., refreshing the even-numbered rows of pixels in one cycle, and then refreshing the odd-numbered rows in the next cycle.  As it take two cycles to refresh the entire display, a stated refresh rate of 60Hz might effectively be only 30Hz. Interlaced displays are largely extinct apart from the second-hand market.

Progressive (p): Short for progressive scanning, which means all the rows of pixels are refreshed in sequence every cycle. Here again, cycles are stated as refresh rates: 60Hz, 120Hz, and so on.

Refresh rate, scanning rate, or vertical frequency: The number of times per second a display is redrawn. 60Hz means 60 times (cycles) per second, 120Hz means 120 times per second. That’s as fast as they go in consumer TVs (there are some 144Hz computer monitors, but that’s beyond the scope of this article.

Faux rates employed in marketing, such as Effective Frame Rate, Motion Rate, et al, are indicative, but fuzzy numbers that can also be misleading. Higher faux rates are generally better, but they factor in techniques (e.g., frame insertion and strobing the backlight) used to lessen artifacts such as judder (jerks in the video stream). Look for the true refresh rate in the online specifications. A display that can refresh at 120Hz, or 120 cycles refresh per second will deliver a better picture than a 60Hz TV; otherwise, vendors wouldn’t bother.

Response Time: This would more accurately be called refresh time, as it’s a measure of how long it takes for your display to redraw itself. Good luck finding response time listed in TV specifications, but if you can’t see motion blur, it’s quick enough: Probably less than 12 milliseconds for a 60Hz TV, less than 8ms for a 120Hz TV, and hopefully faster than that.

AquoMotion, Clear Motion Rate, MotionFlow, TruMotion, et al: These are the faux refresh rates described above. Most modern TVs create interpolated frames (a mix of one frame and the next) and insert them in between the real frames to reduce artifacts. This is possible because most video material plays at 24fps or 30fps, while the TVs are redrawing either 60 or 120 times per second. While interpolation makes for smoother-appearing action scenes, it comes at the expense of sharpness and detail as the process can be less than 100-percent accurate.

These terms, which generally include a number, are absolutely not true hardware refresh rates. As explained above, all TVs refresh at 60Hz or 120Hz, and either rate is more than adequate to the task of displaying 30fps video, but the more cycles, the more effective the tricks are.

FreeSync (AMD), Adaptive-sync (VESA), G-sync (Nvidia): These terms describe the ability of a TV to alter its refresh rate to match the number of frames arriving from a source. This can eliminate artifacts such as image tearing when gaming, where the number of frames per second delivered by a GPU can vary wildly. FreeSync is based on Adaptive-sync and is free; G-sync is proprietary to Nvidia.

Click to read our next segment: Display types and technologies.