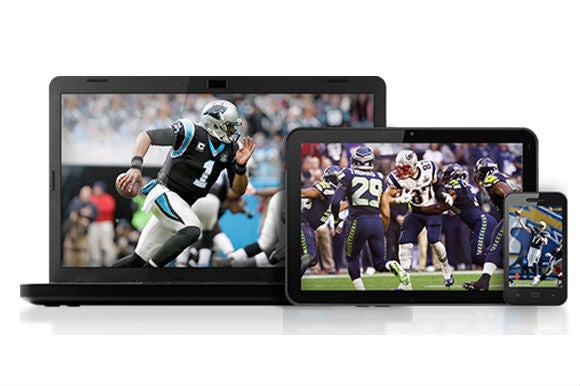 The NFL has embraced new ways to present its games to fans more than any other professional sports league. There have never been more options for getting your gridiron on once the season gets underway on Thursday, September 8, with a matchup between the Buffalo Bills and the Super Bowl LVI champion Los Angeles Rams.

Here’s our guide to all the ways you can watch the action without an expensive cable or satellite TV subscription, updated for the 2022 season.

Use an over-the-air antenna

Unlike the NBA, NHL, or MLB, the NFL plays a simple 17-game schedule, with each team playing one game a week. That lends itself to predictable TV programming. The league splits the Sunday afternoon telecasts by conference: generally, AFC games air on CBS at 1:00 p.m. and 4:05 p.m. ET, and Fox runs the NFC games at 1:00 p.m. and 4:25 p.m. ET.

NBC hosts the popular Sunday Night Football broadcast, which kicks off at 8:20 p.m. ET. All you’ll need is an over-the-air TV antenna and reasonable proximity to a broadcast tower. You’ll find our top antenna picks here.

This year, however, Thursday Night Football (TNF) will stream exclusively on Amazon Prime Video. That means that along with Monday Night Football on ESPN, two of the NFL’s most iconic shows are cable-TV affairs that cord-cutters will only be able to access with via one of the streaming options below. You’ll also need a streaming package to catch the trio of international games to be played in London and Munich and the Christmas Eve matchup between the Raiders and Steelers, which will air on the NFL Network.

If this abundance of TV offerings has your head swimming like you just took a bone-crushing hit from J.J. Watt, check out 506Sports.com or Sports Media Watch. Each site lists which game is on which channel for each week of the season. Bookmark them for easy access.

Even if you don’t have a cable subscription or a TV antenna, you still have plenty of options for catching all the pro pigskin action. Streaming options continue to expand each season, offering plenty of ways to tailor your viewing. But while we highlight what each service offers, the availability of individual channels’ live content can vary by market. It pays to check via each service’s website to see what it offers in your area before subscribing.

DirectTV Stream offers CBS, NBC, Fox, and ESPN in its $70-per-month Entertainment package. It’s currently being offered for $50 per month for the first two months before reverting to full price.

Paramount+ will stream CBS’s NFL telecasts to subscribers of its $5-per-month Essential plan. We have another story that provides even more details about watching NFL games on Paramount+.

FuboTV will give you CBS, FOX, and NBC for all Sunday games, as well as ESPN for Monday Night Football as part of its PRO package, which costs $70 per month. For an additional $11 per month, you can also get NFL RedZone via the service’s Sports Plus add-on.

Hosted by Scott Hanson and existing only for about a seven-hour window each Sunday, RedZone airs nothing but the day’s highlights (mostly touchdowns, as the name suggests) at a frenetic pace that perfectly evokes the adrenaline rush of a game-winning drive. Here’s an easy guide to signing up for NFL RedZone.

Both Hulu + Live TV and YouTube TV include CBS, NBC, Fox, ESPN, and NFL Network in their subscriptions, for $70 and $65 per month respectively. YouTube TV is offering the first three months for $55 right now.

Sling TV’s Orange and Blue package gets you NBC, Fox, ESPN, and the NFL Network for $50 a month. Currently, the company is offering the first month for half off.

As mentioned, Amazon’s Prime Video has exclusive rights to Thursday Night Football beginning this season. To watch, you’ll need to sign up for a Prime subscription, which costs $14.99 on a per month or $139 per year. That also gets you unlimited streaming access to thousands of movies and TV shows plus free two-day delivery on many Amazon items.

For this season, the NFL has launched its own streaming service, NFL+, which replaces its popular subscription package, NFL Game Pass. To get everything Game Pass offered, however, you’ll need an NFL+ Premium plan. That includes access to all out-of-market preseason games live, and the ability to replay every regular-season game after its conclusion in either full or condensed versions. If you can live without seeing the action, you can opt for live localized radio broadcasts from wherever you have broadband access. The NFL+ Premium plan also gives you access to NFL Films Library (America’s Game, Mic’d Up, Super Bowl Classics, and more) and NFL Network Shows (Good Morning Football, Total Access, and Fantasy Live) on demand. Best of all, you get all these perks at a lower price; Game Pass went for $100 per year, but the premium tier of NFL+costs just $79.99 per year, or $9.99 per month.

NFL+ is also offered in a non-premium level for for $39.99 per year, or $4.99 per month. It offers access to much of the same content but with the significant rub that you can only watch regular season and postseason games on your phone or tablet, a service the NFL used to offer for free. However, you don’t need to purchase a separate subscription to get on-the-go access to live games, as that’s offered with many of the services we listed above.

Super Bowl LVI broke previous streaming records for the NFL championship game, becoming the most-streamed NFL game ever. That shows that there is an audience willing to embrace alternatives to cable sports broadcasts. And if the NFL continues to make a serious commitment to live streaming, perhaps it will set a new bar for broadcasting sports in the 21st century just as it did in the 20th.

Looking for even more ways to watch the game this season? Don’t miss our roundup of second-screen apps.