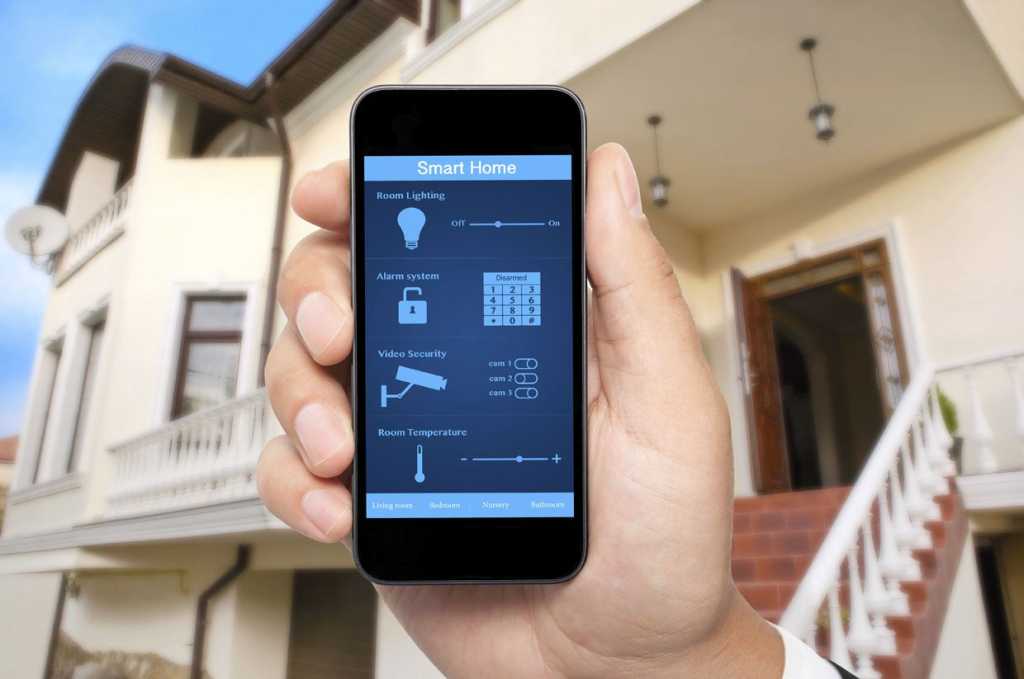 Feeling secure in your home is important, whether you’re a homeowner or a renter. That’s why security plays a central role in all the best connected-home systems. The easy way to secure your property is to call a professional service provider: ADT or Vivint, for instance, or a custom installer like Control4 if you want something fancier. Those firms will send someone out to look at your residence, assess your needs, and make equipment recommendations. Alternatively, you can do it yourself by acquiring the hardware from a DIY-friendly provider such as Frontpoint or Simplisafe. Those companies will provide some relatively generic advice, but they don’t have agents in the field who can customize a package for your specific needs—that’s why they cost less.

We prepared this guide will help you buy the right types of security devices whichever path you decide to travel. If you hire a custom installer, we’ll help you stop the contractor from sandbagging your installation with hardware you don’t need. And if you’re doing it yourself, we’ll help you determine the right approach for your specific needs.

Think about the kind of neighborhood you live in and the problems you’re likely to run into.

Before we get started, you probably won’t be surprised to hear that two of our three experts don’t recommend going it alone. Napco’s Soloway was particularly adamant on this point.

“From our point of view as a professional business supplying the professional installation companies, Soloway said, “there are certain things you have to do to make a system function 24/7/365. We find that the consumer electronics products don’t do that.” Taniqua Johnson-Pino, the ADT distributor, said “our initial response is, don’t.”

But both Soloway and Johnson-Pino recognize that some of us prefer to do it ourselves anyway, so they joined Carney to share some of their expertise with us.

First of all, think of home security as though you’re putting on layers of clothing to protect your body from harsh weather. Jordan Frankel, executive vice president of Global Security Experts and self-styled “Security Sensei,” has written, “Protecting your home from burglary is all about the layers. Because burglars determine their targets through risk vs. reward scenarios, the more security measures you put in place to increase the risk and lessen the reward for would-be intruders, the less likely your home will be viewed as an easy target.”

Johnson-Pino concurs: “We look at it from a burglar’s perspective, so we start outside the home. Look at your house: would you want to break in?”

With that principle in mind, start researching the systems and devices you have to choose from. “There’s an understanding of the technology that’s necessary because you’re going to have to fit it to your lifestyle,” says Johnson-Pino. “So from a DIY aspect, you need to start with a bunch of research. You need to know what there is to know what you want.”

“Certain devices provide certain levels of security,” explains Carney. “The door sensors provide perimeter security, while the motion sensors provide interior security.” (Remember, it’s about layers.) A home security camera can be both a great deterrent (especially if it’s an outdoor model), a warning system (if it sends you an alert when it detects motion when no one should be home), and a forensic tool you can use to provide evidence to the police after a break-in. A siren can scare burglars off your property if they manage to breach your doors or windows and trigger a sensor.

What do you consider valuable?

With a basis of knowledge and a conceptual framework, you’re ready to get specific. “The biggest thing to think about is, what are you concerned about the most, and what do you value the most?” says Carney. “If you can answer those two questions, that’s going to drive how you want to architect your own system.” Do you have a child you want to keep an eye on, or whose room you want to guard? Do you own an expensive car? When considering these questions, think about the kind of neighborhood you live in and what kinds of problems you’re likely to run into.

If car break-ins are common, then you want a camera pointing at your driveway or the street in front of your house. If you’re mostly worried about safety when people are at home, then alarms tied to sensors on doors and windows will be a priority. Connect your lighting to your security system and you can use the same sensors to light up the interior and exterior when those sensors are tripped while armed.

Home-security threats aren’t always external—think about what needs protection from the people who are supposed to be there. “Maybe there’s an interior room in the house that has a gun safe, so you want to put a door sensor on that so that you’re notified every time that door opens,” continues Carney. “Or a liquor cabinet you want to protect away from the kids.”

The next step is to consider the comings and goings of the members of your household. “We would come out and ask, what’s your lifestyle?” says Johnson-Pino. “Who’s home when? Is the home vacant often? Are there other people that you want to have access to your house but you’d rather not have a key to your home? Questions like that.”

And the questions aren’t just about who enters the house and when. Soloway advises, “The professional dealer will ask you ‘do you get up and go to the bathroom at night? Do you walk downstairs?’ They’ll make sure the sensors are put in the right place where it’ll detect a criminal but it’ll allow you passages through your home so you won’t trip off the alarm system.”

Even if nobody’s home, it’s always a good idea to make it look like there’s activity in the house. People have been leaving a light on for that purpose since the advent of electricity, but connected-home devices offer much more creative and flexible ways to create the illusion of occupancy. “Criminals don’t like light, and they don’t like movement,” say Soloway. “When it comes to timers for your lights, for example, to give a lived-in look you could have a lamp that comes on at a certain time and goes off at a certain time, or a light in the upper bedroom window—things you can see from the street—so it looks like people are moving around. Or the TV could come on every once in a while, so you see the flickering—you want to have that look.” Soloway suggests that you could even stagger these events to strengthen the illusion. Have the TV and lamp go off followed by the hall light and upstairs light going on, so it looks like people are going to bed.

Leveraging the way connected-home devices interact like that is even more powerful when you have one action trigger another. Johnson-Pino recommends tying your HVAC system to your smoke detector, for example, so that when the smoke detector goes off, it triggers the ventilation fan to shut down to prevent it from spreading smoke throughout the home. Also, she says her kids will sleep through a smoke alarm, but will wake up if their lights go on. So she sets the lights to flash if the smoke detector goes off.

These tips should get you started with the device-oriented aspects of do-it-yourself home security. But don’t overlook the other old-school steps you can take, like making sure you have good locks on your doors and keeping your yard clear of anything that could be used to access second-story windows. And it doesn’t hurt to advertise that you have some kind of alarm system—even if you don’t. “You’re 300 percent more likely to be a target without an alarm system,” says Johnson-Pino, “so signs and decals alone do a lot. People buy those on eBay and stick them in their front yard.”

Remember, the main goal isn’t to alert you to an intruder, but to avoid having an intruder in the first place. Basically, you want to make your home look to a criminal like it’s more trouble than it’s worth.