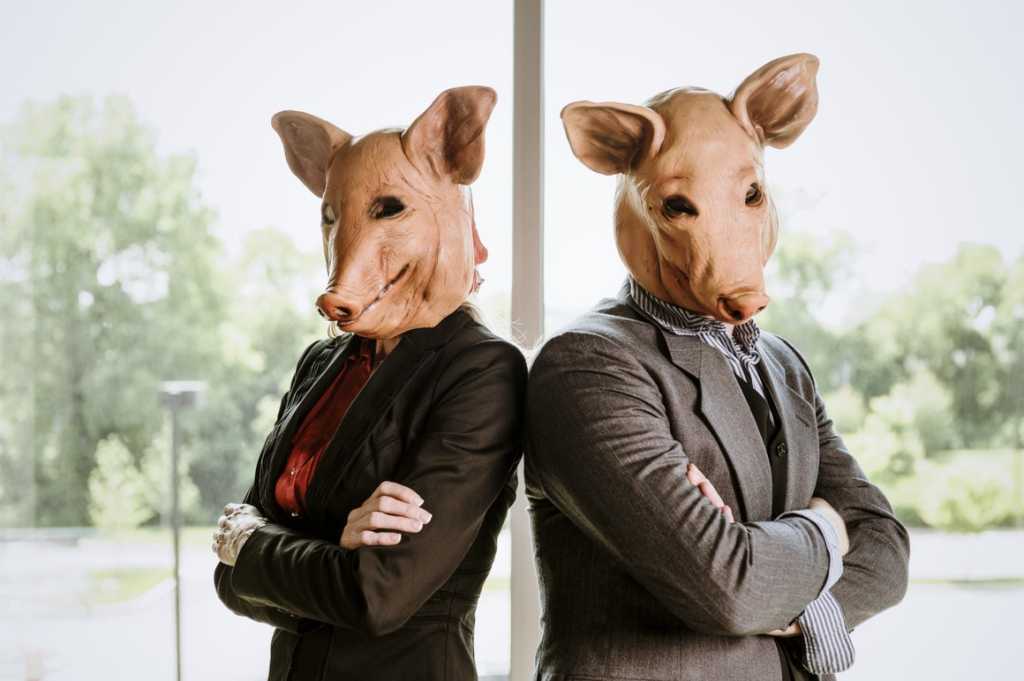 A new study of the distribution of revenue from streaming-music services such as Spotify, Pandora, and Deezer shows that the major record labels are pocketing nearly seven times the licensing revenue than artists and musicians collect. It goes along with what Spotify CEO Daniel Ek has been saying ever since Taylor Swift’s high-profile departure from his service: The money is there for the taking, it’s just that the record labels are taking too much.

Music Business Worldwide posted figures from the study, a joint effort conducted by the French trade group SNEP and the public accounting firm Ernst & Young. The study looked at how royalties stemming from subscription fees are divided. If the numbers are accurate, the major labels make off with 45.5 percent of the loot, while artists pocket just 6.8 percent. Songwriters and publishers split 10 percent, and the rest goes to platform costs and taxes.

If you think that’s bad, it gets even worse when you examine the split after taxes and digital platform fees are paid. Breaking it down that way, labels stuff their purses with 73.1 percent of the payouts, songwriters and publishers split 16 percent, and the artists keep just 10.9 percent. That’s a lopsided arrangement, and it’s part of the reason Ek is so “angry and frustrated” when he hears artists complain that they’re seeing too little money from streaming.

You might recall that Taylor Swift decided to yank her music catalog from Spotify just prior to the release of her most recent album, 1989. At the time, she called the streaming movement a “grand experiment,” noting that it doesn’t fairly compensate the artists: “I just don’t agree with perpetuating the perception that music has no value and should be free,” Swift said.

This is where things get a little complicated. Swift and her label don’t object to all streaming services, but they oppose Spotify in particular. The bone of contention is that Taylor’s camp wants her music to be available only to paid subscribers on Spotify, and unavailable to listeners who tune into the service for free with ads.

Spotify has remained steadfast in its position that it shouldn’t separate music into tiers, especially when the service has generated more than $2 billion in royalty payments by following its current business model.

“The music industry is changing—and we’re proud of our part in that change,” Ek said in a blog post last November, “but lots of problems that have plagued the industry since its inception continue to exist. As I said, we’ve already paid more than $2 billion in royalties to the music industry and if that money is not flowing to the creative community in a timely and transparent way, that’s a big problem.”

Ek also pointed out that free music for fans doesn’t mean artists don’t get paid for the work. On the contrary, ads allow Spotify to pay for every play a track gets. He went on to explain that choosing between an all-paid or an all-free business model doesn’t work, as both have flaws. Instead, Spotify decided on a blended model that would allow it to scale, please listeners, and pay artists a fair sum.

Unfortunately, this study will probably do little to change things, and it’s not just music listeners who will suffer as a result. If popular artists continue to jump off of streaming services as if they’re on the Titanic during its final hour at sea, they’ll be rejecting a money-making platform that consumers have embraced in the Internet era. In doing so, some listeners may be inclined to pirate music, and then both sides will lose.

Alternatively, artists could demand more transparency from their labels and a higher cut of the revenue. Labels will undoubtedly fire back that they bear the burden of production, distribution, promotion, and other expenses; but does uploading a digital file to Spotify justify raking in seven times as much revenue as the artists working for them get? That just doesn’t seem fair from our viewpoint.