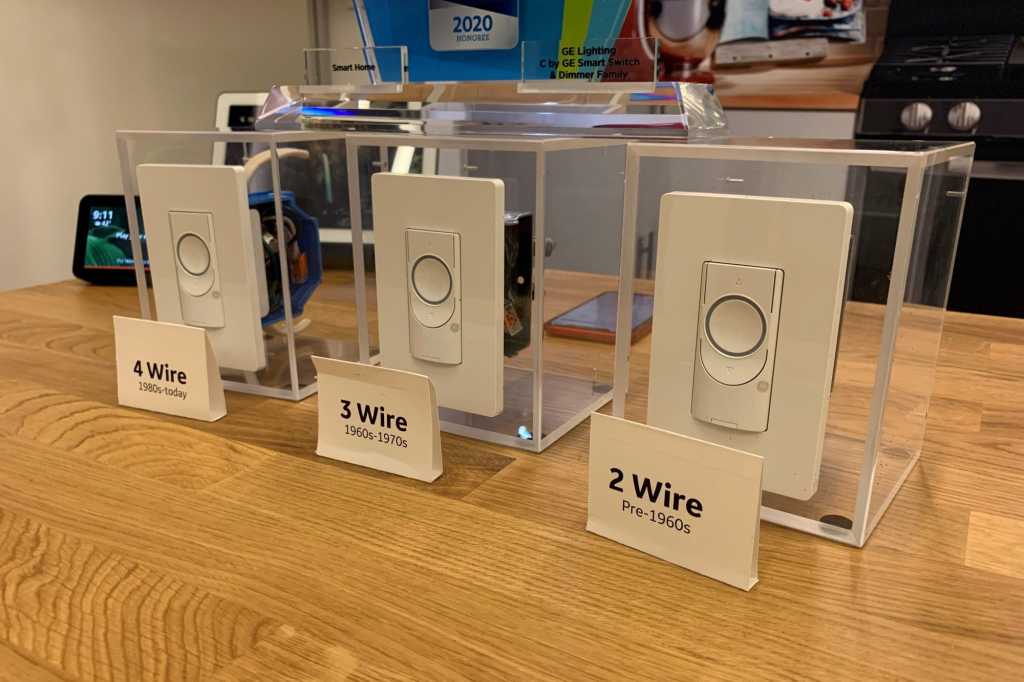 In the past, smart switch users in older homes that lack neutral wiring had to cough up the cash for a wireless hub to make their switches work, but C by GE recently announced new—and hubless—smart switches for junction boxes without a neutral wire.

Without neutral wiring, older two-wire junction boxes aren’t able to deliver power to a smart switch when the switch is off, hence the need—up until now, anyway—for a wireless hub when using a smart switch with legacy two-wire setups.

So, what’s C by GE’s trick with its new, hubless smart switches and dimmers, which will work without a neutral wire?

Tom Stimpac, C by GE’s chief innovation manager, told me at CES that the new hubless C by GE smart switches and dimmers have been designed to “steal” energy from the wire that goes through the switch to power (at a bare minimum level) the switch’s essential functions, namely Bluetooth and Wi-Fi.

“As the electricity goes through the switch at different points we suck a certain amount of energy off, and we store it,” Stimpac said, who added that the power is stored in capacitors rather than in a battery. “So basically what happens is, when [the switch] is in its off state, we always maintain a minimum amount of energy to make sure that the Wi-Fi and Bluetooth are still able to operate.”

Stimpac said that it  took a year for C by GE to pull off its hubless two-wire (not counting the ground wire) smart switch concept, in cooperation with Wi-Fi chip manufacturers such as Realtek. C by GE also has three patents pending on the technology.

Compatible with both Alexa and Google Assistant, the new hubless C by GE smart switches and dimmers come in five configurations: a dimmer switch, a dimmer switch with a built-in motion sensor, an on-off button, an on-off paddle switch, and an on-off toggle switch.

The new switches and dimmers are set to arrive in “early” 2020, while pricing details are still up in the air.