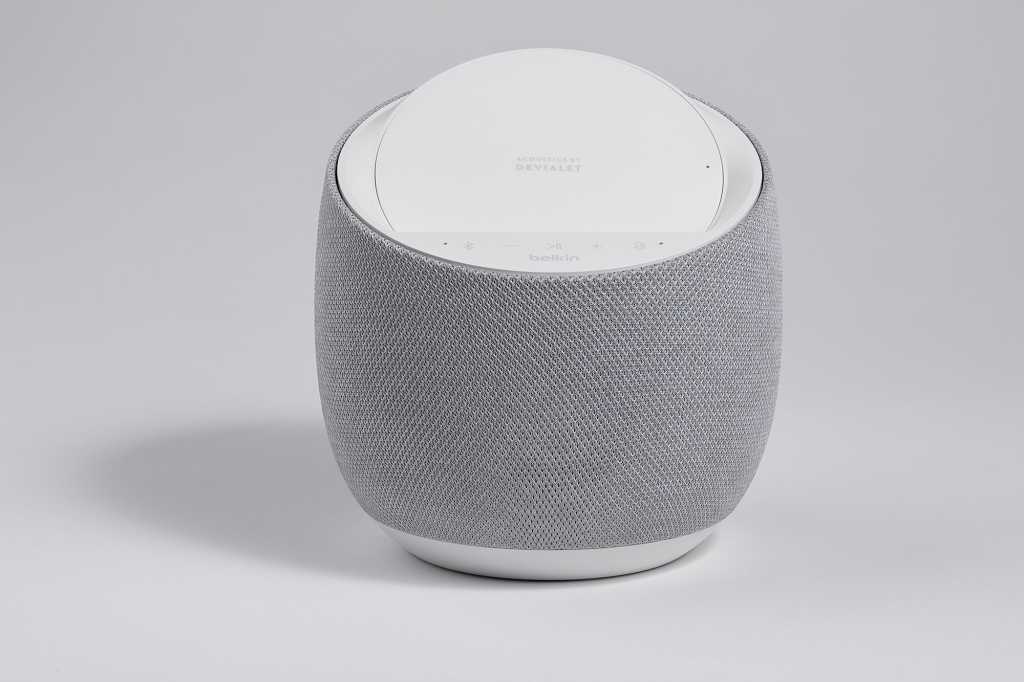 Belkin makes a lot of products, but it’s never been known for building audio gear—especially not at the high end of the market. But its partnership with audiophile speaker manufacturer Devialet to build a $299 smart speaker certainly has us intrigued.

Our first encounter with the Paris-based Devialet, meanwhile, occurred when we reviewed the company’s splendid Phantom speaker in 2015. Known for designing cost-is-no-object speakers—the Phantom cost nearly $2,000—its partnership with the mainstream Belkin took us by surprise.

Belkin says its SoundForm Elite Hi-Fi Smart Speaker + Wireless Charger can deliver sound pressure levels of 90dB at maximum volume, leveraging Devialet’s “push-push” woofer architecture to deliver deep bass response with minimal vibration. That’s important because the speaker is also a Qi wireless charger—you wouldn’t want to place your smartphone on top of it for charging only to watch it “walk” off the edge while the speaker is playing music.

The SoundForm Elite also features Google Assistant onboard, so you’ll be able to control your smart home devices and connect other Google Assistant-compatible speakers for a multi-room audio configuration. Belkin senior vice president Steve Malony says “this is just the beginning of a larger audio portfolio for Belkin.”

Belkin expects to fetch $299 for the SoundForm Elite Hi-Fi Smart Speaker + Wireless Charger when it ships in the spring.