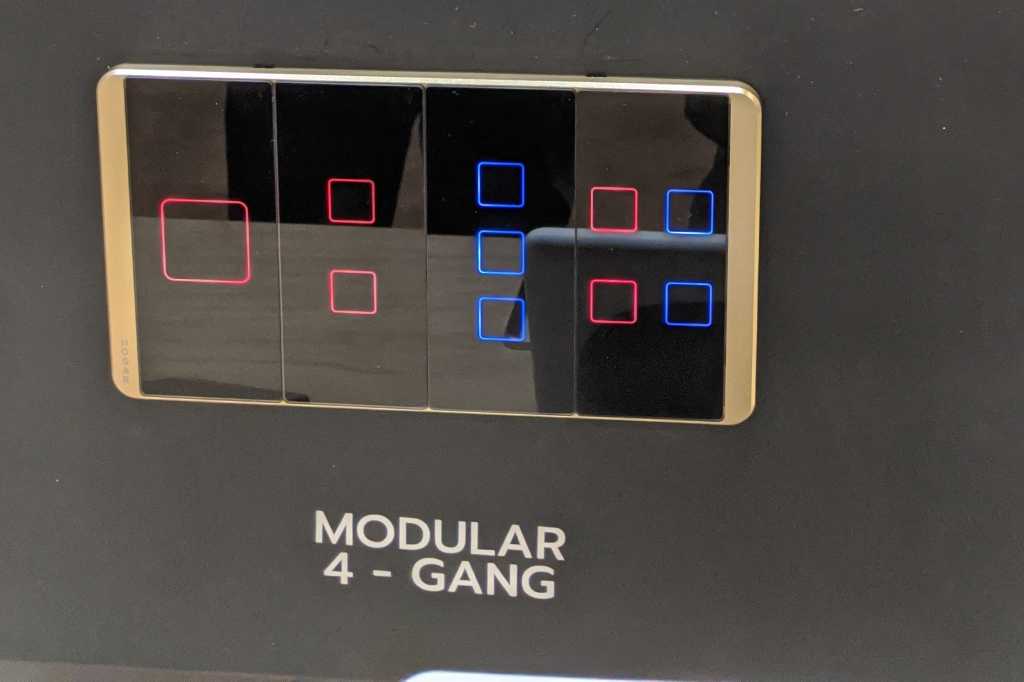 Smart switches and dimmers do so much more than their dumb counterparts, so shouldn’t they look better, too? Hogar Controls is not only showing the prettiest smart switches at CES, these devices take up less space inside a junction box than any smart switch I’ve seen.

Hogar Controls’ Prima switches and dimmers look spectacular, featuring black or white glass faces with black or gold bezels that eliminate the need for a cover plate. The glass is a capacitive touch surface, and the switches come with your choice of Z-Wave or Zigbee radios onboard for integration into your smart home.

The switches come in single, double, triple, or four-button configurations. You can install as many as four Prima switches in a single junction box using your existing wiring and control up to 16 lighting scenes.

The switches mount edge-to-edge flush to each other, so that multiple switches and dimmers look like a single monolithic device with almost no visible gaps between them. You can swipe your fingertip over the surface of the dimmer model to dim or brighten an attached light, or you can touch, tap, or slide your finger over the top of several adjacent devices to trigger the lights connected to each button. Don’t want to touch the switch at all? The Prima line is compatible with both Amazon Alexa and Google Assistant. Hogar also offers a smartphone app.

And these switches aren’t just pretty. Since a smart switch must host a radio, a processor, and other components that dumb switches don’t have—plus a heatsink to keep everything cool in the enclosed space of a junction box—they tend to be extra thick. That extra depth can make them difficult to shove into the box once you’ve wired them to the Romex. Hogar’s Prima switches are the shallowest smart switches I’ve seen.

Prima switches and dimmers are available now, with the one-touch dimmer priced at $104 each, the two-touch switch priced at $114, the three-touch going for $124, and the four-touch model priced at $134.