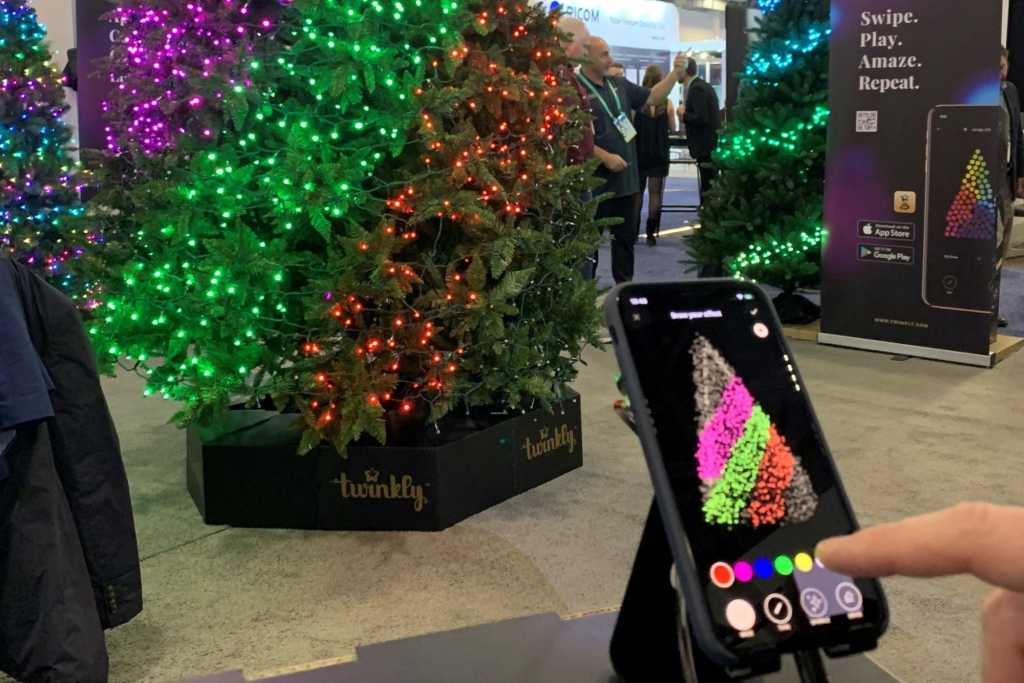 For the past three years, Italian smart lighting company Ledworks and its Twinkly brand have been selling smart, “paintable” LED string lights that have been a hit with Christmas tree crowd. Now Ledworks is teeing up a new dongle that’ll let its Twinkly lights pulse to your favorite tunes.

Slated for release later this year, Twinkly Music is a compact dongle with a USB power port and an integrated microphone.

Just plug the dongle into a powered USB socket, then crank your tunes, and the dongle will transmit the sound to the Twinkly mobile app, which in turn makes the Twinkly lights react to your music in a variety of different ways.

For those who aren’t familiar with Twinkly’s LED lights, don’t make the mistake of thinking that these are basic Christmas lights that you can turn on and off using Alexa or Google Assistant voice commands (although that’s one of the options, of course).

Using your smartphone’s camera, the Twinkly mobile app scans each of your Twinkly lights and keeps track of their position on your tree, your wall, or wherever else you decide to install them.

Once that’s done, you can use the app to apply splashes of color to the lights, or turn on elaborate animations such as falling snow or scrolling stripes of color. You can even “paint” the lights (which you can view on a 3D map) by tapping a color and then swiping with your fingertip.

Ledworks is aiming for a September release of the new dongle, which should retail for about $29, according to company CEO Andrea Tellatin.

Twinkly’s smart LED string lights are available now, starting at $49 for a string of 100 bulbs.