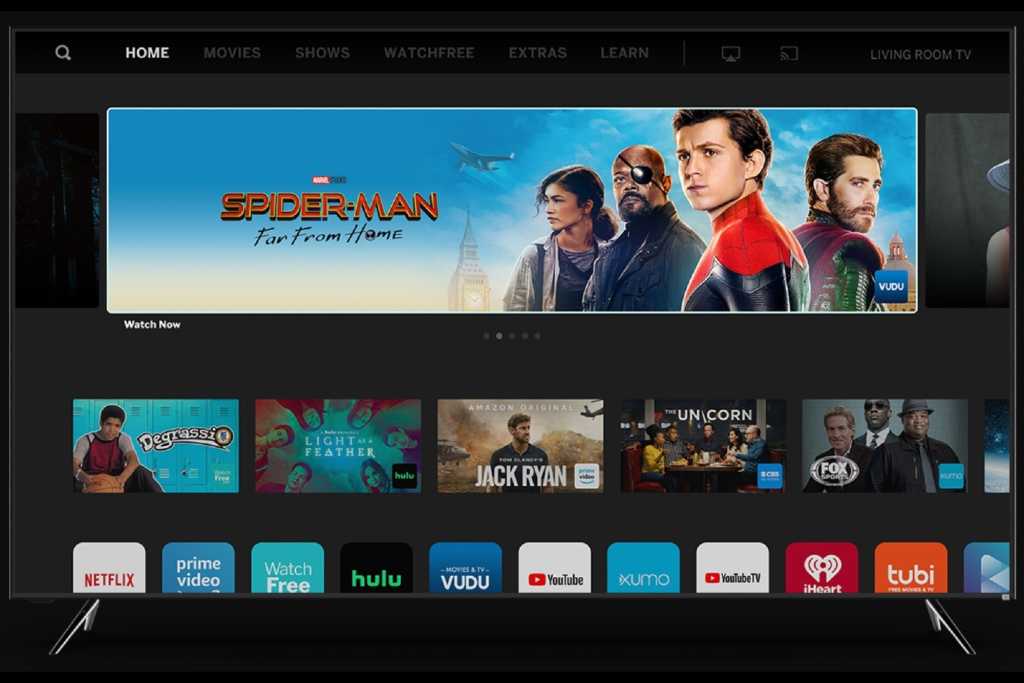 Vizio has a knack for making TVs with solid picture quality at reasonable prices, but its SmartCast platform has been an also-ran next to the likes of Samsung’s Tizen and LG’s WebOS. I’ve always wondered why Vizio doesn’t just focus on hardware and license Roku or Android TV for software.

At CES 2020, Vizio made a fine case for SmartCast’s continued existence. By controlling its own software, Vizio can offer things that most other platforms don’t, like better aggregation of streaming content and support for both AirPlay 2 and Chromecast. And with Vizio’s latest TVs, the software is becoming a lot more fluid. While I’d hesitate to declare that SmartCast is outright better than the likes of Roku or Android TV, it does have its perks.

One of the biggest emerging trends in streaming TV this year will be attempts to tame the growing number of streaming services that users must deal with. Jumping between a dozen different apps to browse for content is no longer efficient, and I think we’ll see a lot more efforts to aggregate across sources like Netflix, Hulu, HBO, Disney+, and so on.

At CES, Vizio’s SmartCast software represented one of those efforts. (The just-announced TiVo Stream 4K is another.) From the SmartCast home screen, you can browse for movies and TV shows and see a list of how to stream them. SmartCast will then take you directly to the program listing in the appropriate app when you make a selection. With the notable exception of Netflix, every SmartCast app will feed content into this universal menu.

While this is not a new feature in SmartCast, Vizio is building on it this year by personalizing its recommendations based on the apps you’re using and by adding a “view more” option, so you can browse additional suggestions that don’t appear directly on the home screen. Vizio is also refining its “WatchFree” app that streams free online channels, sourced mainly from Pluto TV. SmartCast 4.0 will support marking channels as favorites and jumping quickly between genres.

Vizio is also updating the TV remote on its P-Series and OLED sets with two big changes: Dedicated channel number buttons are gone—an acknowledgement, perhaps, that streaming has made them obsolete—and there’s now a push-to-talk button for voice control.

With voice, you can ask the TV to change settings and search for content, and while the latter feature is still in development, it showed an impressive amount of granularity in my demo at CES. Searches for “Show me movies with Leonardo DiCaprio and Tom Hanks,” “Show me sci-fi movies from the 1970s,” and “show me the Oscar winner from 1958” all returned accurate results. Follow-up searches also work, so you can ask for James Bond movies, then press the voice button again to specify just the ones with Sean Connery.

A common criticism of smart TVs is that vendors tend to abandon old sets before long, so if you want the latest software, you’ll either have to upgrade to a new TV or buy a separate streaming player to plug in.

Vizio, however, has been establishing a track record for keeping its SmartCast TVs up to date. All of its SmartCast sets from 2016 onward run the same software and support the same apps, and last year, Vizio added Apple AirPlay 2 support even for those older sets. As of now, that means Vizio’s SmartCast and Sony’s Android TV sets are the only  streaming products that support both AirPlay 2 and Google Chromecast.

Support for 2016 TVs will continue with SmartCast 4.0, and you can even purchase the new voice remote separately if you want to add push-to-talk features. The main difference in software between newer and older SmartCast sets is performance, as the latest models have faster chips that improve load times and make scrolling more fluid. Even on older sets, however, Vizio has been optimizing its software for older TVs so that apps and menus load faster.

The upside to smart TV sofware

Last year, a Vizio executive provoked some pearl-clutching after talking candidly with The Verge about “post-purchase monetization.” At the time, the exec acknowledged that company makes money through targeted ads and content sales on SmartCast, which led to a bunch of stories about the evils of smart TV software and the need for TVs that are dumb by comparison.

SmartCast 4.0 illustrates the flip side: Because Vizio can continue to make money from users after selling its hardware, it has an incentive to improve its software with new features and better performance over time instead of just pushing users toward hardware upgrades. In that sense, SmartCast isn’t all that different from Roku or Amazon Fire TV, which pursue the same strategy through their streaming boxes and smart TV platforms (and have similar trade-offs in terms of privacy and ad targeting).

Vizio’s insistence on competing in earnest with those platforms is on some level frustrating. Ultimately, it’s another platform that app makers will have to support, and another factor TV buyers must consider atop a pile of purchase decisions.

Still, I’m no longer writing SmartCast off as a rickety smart TV whose benefits mainly accrue to Vizio’s bottom line. After years of steady improvements, it’s starting to look like something that users might actually enjoy as well.

Correction: An earlier version of this story said SmartCast was the only streaming platform with AirPlay 2 and Chromecast support. Sony supports both on a handful of Android TV sets.