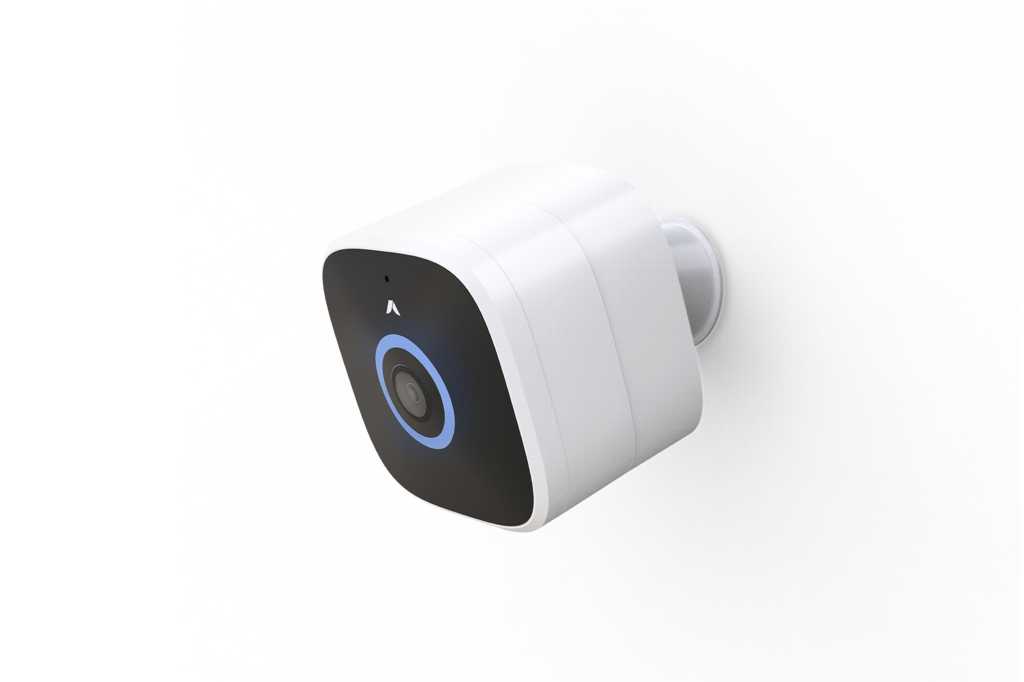 Abode developed one of our favorite security-focused smart home systems, and now the company is expanding its offerings with a new smart security camera that can be integrated with its smart home hubs or operate as a stand-alone unit.

The Abode Outdoor/Indoor Smart Camera can be configured to discern between an authorized user approaching the home or moving inside the house—matching the person’s face with an onboard database—and a stranger or possible intruder. When integrated with one of Abode’s smart home systems—the Smart Security Kit or the all-in-one Iota Security Kit—the new camera can be programmed to trigger more than 100 compatible smart home products, ranging from LIFX and Philips Hue light bulbs to Yale entry locks.

The compact camera is about half the size of a deck of playing cards, yet is packed with passive infrared motion sensor to detect a person approaching the camera, infrared LEDs to provide low-light vision, and a microphone and speaker for two-way audio. Its wide-angle lens offers a 152-degree field of view, and the camera captures video in resolution of 1920 x 1080p. With an IP65 weatherization rating, the Abode Outdoor/Indoor Smart Camera is dust tight and protected from water jets from up to a 6.3mm nozzle.

For homeowners who’d like to deploy the camera alongside their current doorbell, an included mount allows the camera to be powered by the existing leads from the doorbell itself. Alternatively, you can mount the camera on an exterior wall and plug it into a standard outdoor outlet. Abode says it also intends to release the camera in an additional form factor with a doorbell button. When paired with one of Abode’s hubs, this would enable you to have an approaching visitor trigger a smart bulb to turn on in addition to sending an alert to your smartphone before the person ever rings the bell.

If you own an Amazon Echo Show, Abode’s new camera will be able to stream live video to it. Abode has also submitted the camera for Apple HomeKit certification (its previous smart home products are already HomeKit certified).

Abode expects the Outdoor/Indoor Smart Camera to fetch $199 when it ships later in the first quarter.