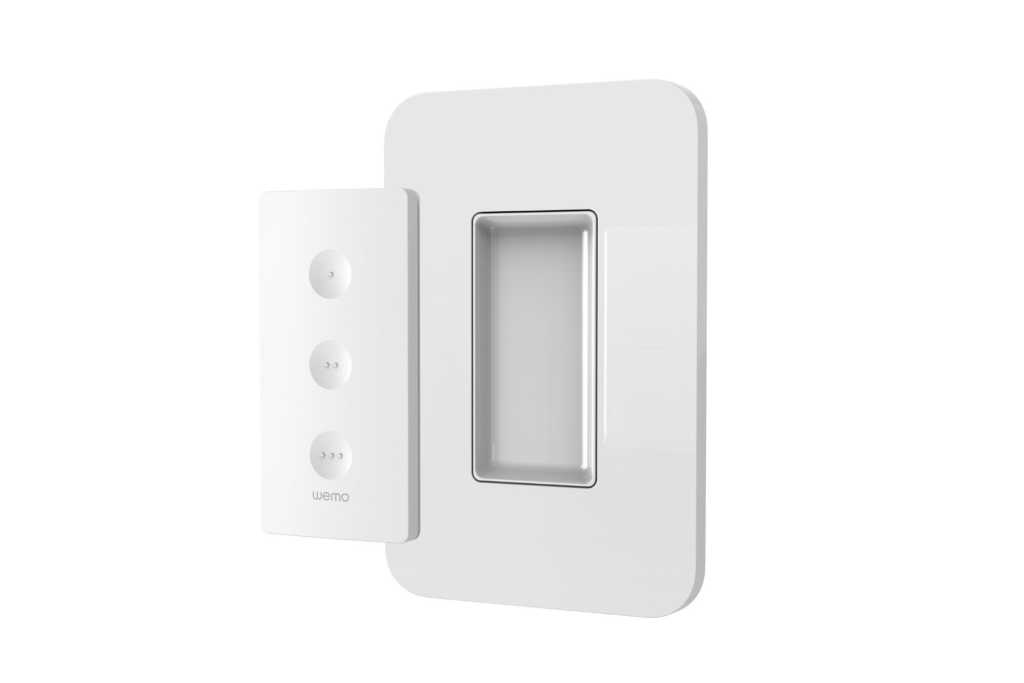 Belkin-owned Wemo already makes some of our favorite smart switches (we were quite impressed with Wemo’s recent three-way smart switch), and now the budget-minded smart-home manufacturer is unveiling a new, wall-mountable remote that lets you change lighting scenes in a flash.

Debuting this week at CES, the magnetic Wemo Stage is a three-button device that’s designed to fit Wemo and Decora faceplates, or you can simply use it as a handheld remote.

The three buttons on the Stage are marked with dots (one on the first, two on the second, and three on the third), and by single- or long-pressing a button, you can activate up to six scenes—for example, a night mode, a TV-watching scene, or a morning scene.

The Wi-Fi-enabled Stage features native HomeKit support and it works without a hub, but a Wemo rep said that an Apple “home hub,” such as an Apple TV, a HomePod, or an iPad, is required for using the Stage with HomeKit.

Set to go on sale this summer for $50, the Wemo Stage should last for about two years on a single coin cell battery, Wemo said.

Another change is that the WiFi Smart Plug’s manual power button is now integrated onto the side of the unit rather than the front.

As with the Wemo Stage, the WiFi Smart Plug works without a hub, and it’s compatible with Alexa, Google Assistant, and HomeKit.

Look for the WiFi Smart Plug to go on sale this spring for $25.