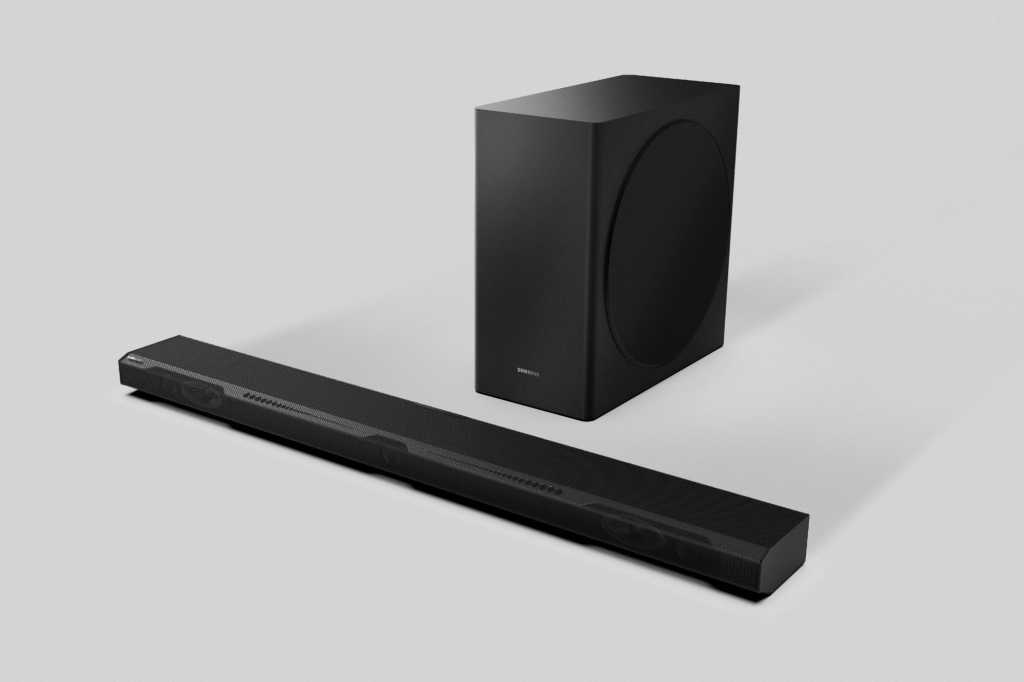 Announced Sunday at CES in Las Vegas, Samsung’s upcoming Q-series soundbars boast support for a new audio technology called Q-Symphony, which allows the soundbars to work together with the top speakers on Samsung’s newest 8K TVs.

By syncing up with the “object-tracking” sound in Samsung’s latest, six-speaker 8K TV sets, Samsung’s 2020 Q-series soundbars—including the Q800T, a 3.1.2-channel soundbar with a wireless subwoofer and Samsung’s Acoustic Beam audio technology—are designed to deliver a “much more immersive experience” than on previous models, Samsung reps said.

Of course, we’re generally more than happy to switch off built-in TV speakers in favor of the (typically) far superior audio of a soundbar, but we’re curious to give Samsung’s new TV-audio-plus-soundbar feature a listen. 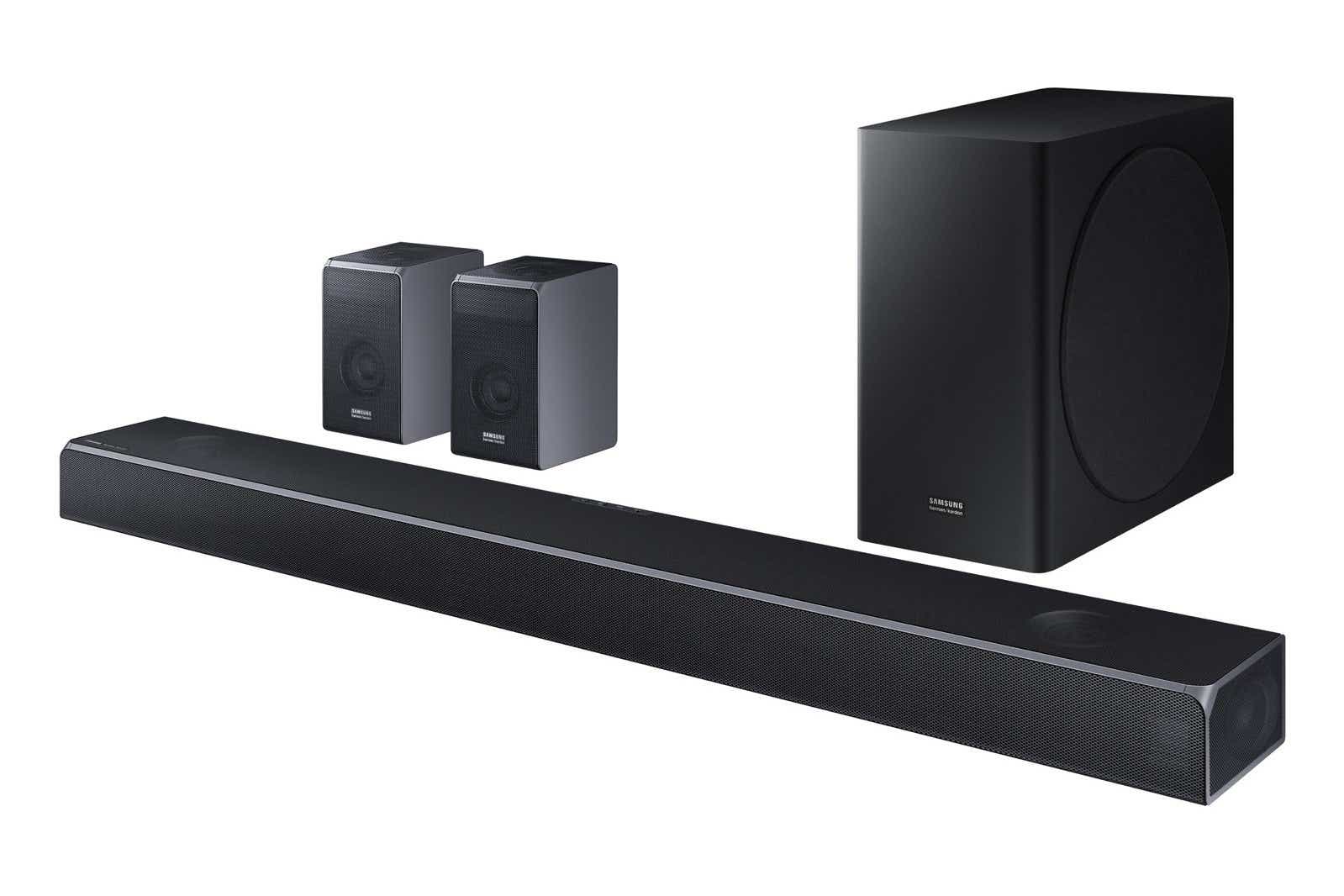 Besides its high-end Q-series soundbars, Samsung introduced a new S-series line of standalone soundbars designed for what Samsung calls a “music-centric” user, or those who want a soundbar for a secondary TV set. The S-series soundbars will share Samsung’s Acoustic Beam feature from the pricier Q series, along with “pretty deep” built-in bass (according to Samsung), although a wireless subwoofer will also be available.

In terms of design, Samsung says its 2020 soundbars are shorter and narrower than previous models, meaning they’ll be small enough to (in “most cases,” according to Samsung) fit under the legs of your TV.

Also new for 2020 is a Bluetooth “multi-connection” feature that lets you pair two Bluetooth devices to a Samsung soundbar simultaneously, rather than just one.

Update (1/10/2020): Samsung’s pre-briefing materials referred to its Q-Symphony technology as “Samsung Symphony.” We’ve updated this article to reflect the change.