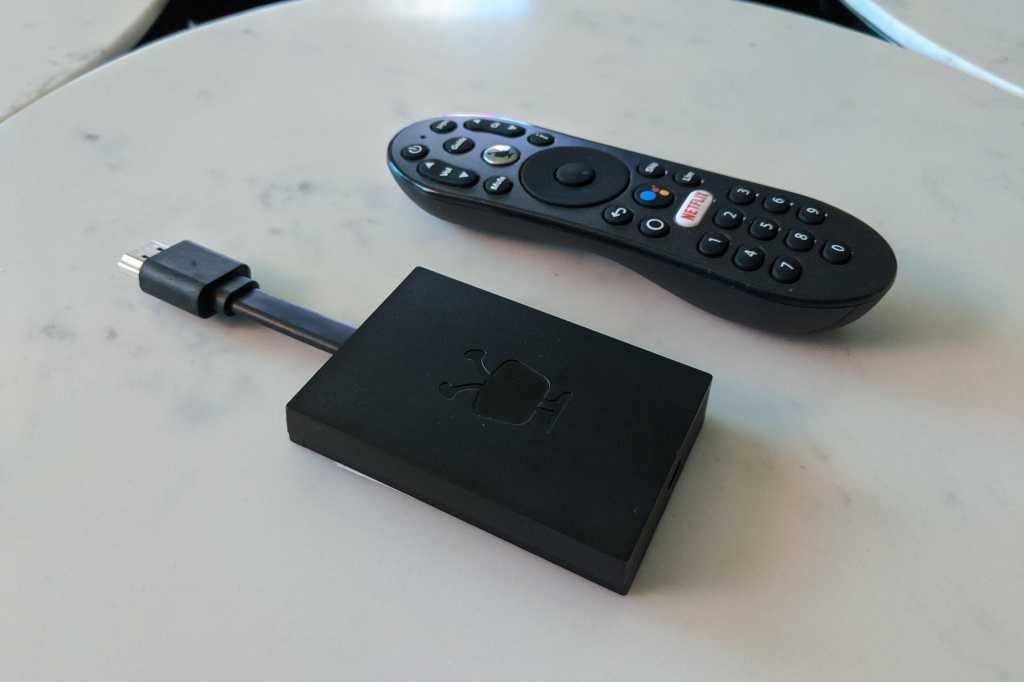 The past few years have brought us lots of ambitious streaming players, from Amazon’s voice-controlled Fire TV Cube to Nvidia’s high-powered Shield TV tube. None of them, however, solve the longstanding and fundamental issue of having to browse through lots of different streaming apps, each with its own menus, watchlists, and recommendations.

TiVo might finally have the solution with the TiVo Stream 4K, a $50 streaming dongle that’s launching in April. Unlike nearly every other streaming player on the market, TiVo has come up with a single, cohesive menu for browsing across streaming services, starting with Sling TV and very likely including Netflix, Hulu, HBO, and Amazon Prime at launch.

This is exactly the kind of experience I’ve wanted streaming device makers to build for years, but I never expected TiVo to crack the code first.

Android TV with a twist

To be clear, the TiVo Stream 4K has nothing to do with the company’s DVR products. Instead, it’s a palm-sized streaming dongle that plugs into any HDTV over HDMI, and it comes with a little peanut-shaped remote that looks adorably like a miniature version of TiVo’s DVR remotes. The hardware supports Dolby Vision HDR and Dolby Atmos for height-based surround sound, and it seemed to run pretty smoothly in my brief hands-on time.

On the software side, the TiVo Stream runs Android TV, so it has access to thousands of streaming apps. Hit the circular home button on the remote, and you’ll see a menu that looks just like that of other Android TV devices, such as the Shield TV and the Xiaomi Mi Box S.

What separates the Stream from other Android TV devices is a separate TiVo menu that helps you look for things to watch across lots of different apps. Press the big silver TiVo button on the remote, and you can see recommendations as to what to watch; catch up on shows you’re already watching; view a grid-based live TV guide; or browse specifically for movies, shows, and sports. When you select a program, TiVo shows where you can stream it, and it can take you directly into the appropriate app to start playing the video. Think of it as a universal guide for streaming TV.

Most streaming devices aren’t attempting anything like this. Roku’s streaming software remains focused on apps over content, and Amazon’s Fire TV home screen is a chaotic mishmash of recommendations with an outsized emphasis on Prime Video. Apple TV comes close with its confusingly named TV app, but it doesn’t integrate with Netflix and doesn’t provide its own grid guide for live TV.

The caveat here is that TiVo isn’t yet providing an official list of services that will appear in the Stream 4K guide. While the company has demonstrated tie-ins with Netflix, Amazon Prime, Hulu, and HBO, right now Sling TV is the only official partner. Still, if the actual product matches what TiVo is showing at CES, it’ll go a long way toward solving streaming headaches. If it can add other popular streaming sources such as Disney+ and YouTube TV, it’ll be a genuine breakthrough.

A big change for TiVo

While talking to TiVo executives at CES, I heard a couple of them use the phrase “legacy” to refer to TiVo’s DVR products. It was probably just a poor choice of words, as DVR hardware is still a big chunk of TiVo’s business. Still, TiVo acknowledges that the Stream 4K is a new direction for the company. Instead of trying to capture legacy cable customers, it’s aiming the Stream 4K at people who’ve already cut the cord or never had it in the first place.

The TiVo Stream 4K will launch as a consumer product, but the bigger potential lies with cable companies that want to do more than just sell internet access to cord-cutters. TiVo hopes to offer re-branded versions of the Stream 4K to those companies, which in turn can offer them to their internet subscribers. The hope is that a device like the Stream 4K will help cable companies retain customers, while also giving those companies a cut of the ad revenue that TiVo generates through its own TiVo+ streaming service. (That service, which provides dozens of free internet-based channels, is also integrated with the TiVo Stream 4K guide.)

In that sense, the business model is similar to TiVo’s current DVR business. Direct consumer sales ceased to be a big revenue source for TiVo a long time ago; the company makes much more money by licensing its DVR hardware and software to cable companies that don’t want to build their own. The TiVo Stream 4K essentially brings that strategy into the streaming age.

All of this might seem like inside baseball, but it’s important to keep in mind when considering TiVo’s future. I’ve been hard on TiVo’s products lately because they seemed to lack any sort of ambition beyond monetizing a shrinking customer base through advertising. The outlook for TiVo’s products seemed to get even bleaker last month, when TiVo announced plans to merge with entertainment tech licensing giant Xperi. It’s not hard to imagine a future in which TiVo is little more than a patent and technology licensing firm.

The TiVo Stream 4K makes the opposite case, presenting a clear vision for how TV should work in this new decade of streaming we’ve just entered. It feels strange to say this about a TiVo product in 2020, but other companies should be paying attention.