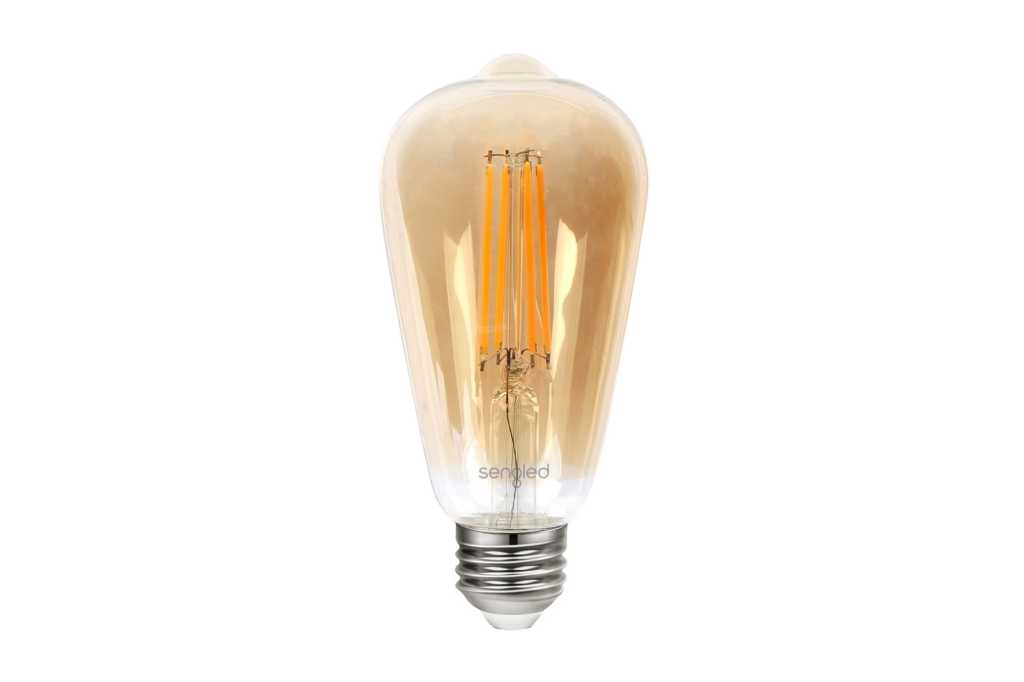 Sengled has a robust portfolio of white and color A19 smart bulbs, not to mention a variety of smart switches and sensors, but now the maker of Zigbee-enabled lighting products is unveiling a couple of new bulbs at CES 2020: a filament bulb and a candle light bulb, along with an updated hub with HomeKit compatibility.

The upcoming Edison Filament Bulb features linear LED filaments in a clear enclosure, and it’s designed to emit light at a warm 2100K color temperature. Look for the stylish new Sengled filament bulbs to land in stores with a $30 price tag for a two-pack.

Next up is the 16 million-color Smart LED E12 Candle Light Bulb, which should make for a nice fit in chandeliers, ceiling fans, and night lights. The Sengled smart candle bulbs are slated to sell for $25 each.

Also new for 2020 is Sengled’s Smart Plug with Energy Monitoring. While Sengled’s latest smart plug is considerably wider than the squarish, compact smart plug that’s already in its lineup, the new smart plug adds the ability to monitor the energy usage of your connected electronics via the Sengled Home app, while keeping the older plug’s remote control and scheduling functionality. The Smart Plug with Energy Monitoring is set to go on sale for a reasonable $20.

Finally, the third-gen Sengled Smart Hub looks almost identical to the current version, but it adds a key feature: support for Apple HomeKit, perfect for controlling your Sengled bulbs and accessories via Siri voice control. Capable of controlling up to 64 devices, the revamped Smart Hub also boasts Alexa and Google Assistant support.

Besides its new bulbs and hardware, Sengled says it’s adding new functionality to its Sengled Home app, including a total of six new light effects, including Festival, Christmas, and Color Cycle.

The Sengled Home app will also be adding new light scheduling options, including a dusk-to-dawn setting, a geofencing feature that turns on your lights automatically when you return home, and a vacation mode that that randomly turns your bulbs on and off while you’re away.

No specific release dates have been set for Sengled’s latest bulbs and accessories.