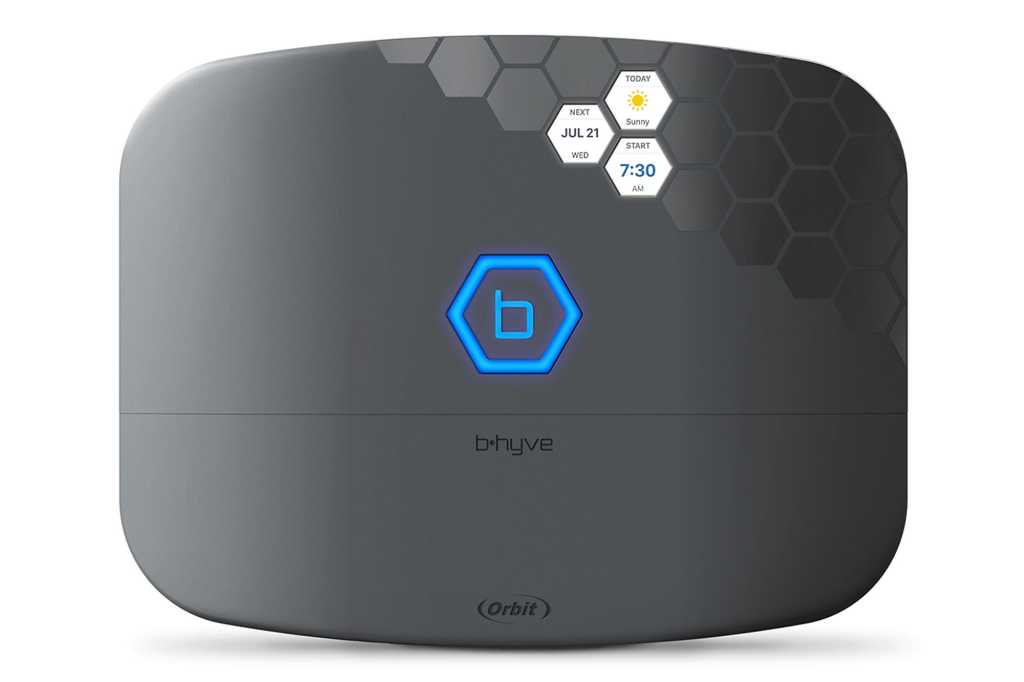 Orbit Irrigation makes one of our favorite smart sprinkler timers, and the company is adding to its lineup with the announcement of the B-hyve XR. Announced Sunday at CES in Las Vegas, the new device is a radical departure from Orbit’s previous offering, with an industrial design that’s much closer to the market leader’s Rachio 3.

Orbit says its B-hyve XR is powered by a 900MHz radio that can extend the controller’s reach to every corner of the yard, with its low-frequency signal capable of penetrating physical barriers such as valve boxes. The B-Hyve XR can connect to a home’s network using either its router’s 2.4- or 5GHz frequency bands, which will be a boon to homeowners living in areas with congested Wi-Fi  airspace.

The new timer features a weather-resistant enclosure, enabling the controller to be mounted either indoor or out. While most users will typically interact with it through the B-hyve app (available for Android and iOS), the device is also outfitted with three hexagonal color displays that report the date, scheduled start time, and current weather conditions respectively.

Users will be able to control their sprinkler systems using the B-hyve app, controls on the unit itself, or voice commands via Amazon Alexa or Google Assistant. The sprinkler controller can also be integrated with other B-hyve devices, such as the hose faucet timer, as an additional zone.

The B-hyve XR will be available in 8- and 16-zone configurations late in the first quarter for $149 and $179, respectively.

Orbit also announced the B-hyve Smart Flood Sensor at CES. Like other leak detectors we’ve reviewed, B-Hyve’s product is designed to alert homeowners to the presence of water in locations where it shouldn’t normally be, such as on the floor next to an appliance or next to a sink or toilet. Orbit’s product, however, can also be deployed outdoors, where it can be integrated with one of the company’s irrigation controllers. At the first sign of a flood, the sensor can shut off a B-Hyve Smart Sprinkler Time to prevent wasted watering.

The B-hyve Smart Flood Sensor also detects freezing temperatures, which could cause water pipes to freeze and potentially burst, and it will alert homeowners to such conditions via their smartphone. And since we don’t always carry our phones everywhere we go around the house, the sensor also has an onboard alarm.

The sensor connects to a hub that connects in turn to your Wi-Fi network. A package of three sensors and one hub will cost $99 when the product becomes available in early March. Orbit says it will also sell the hub and sensors separately, although it did not disclose pricing for those configurations.