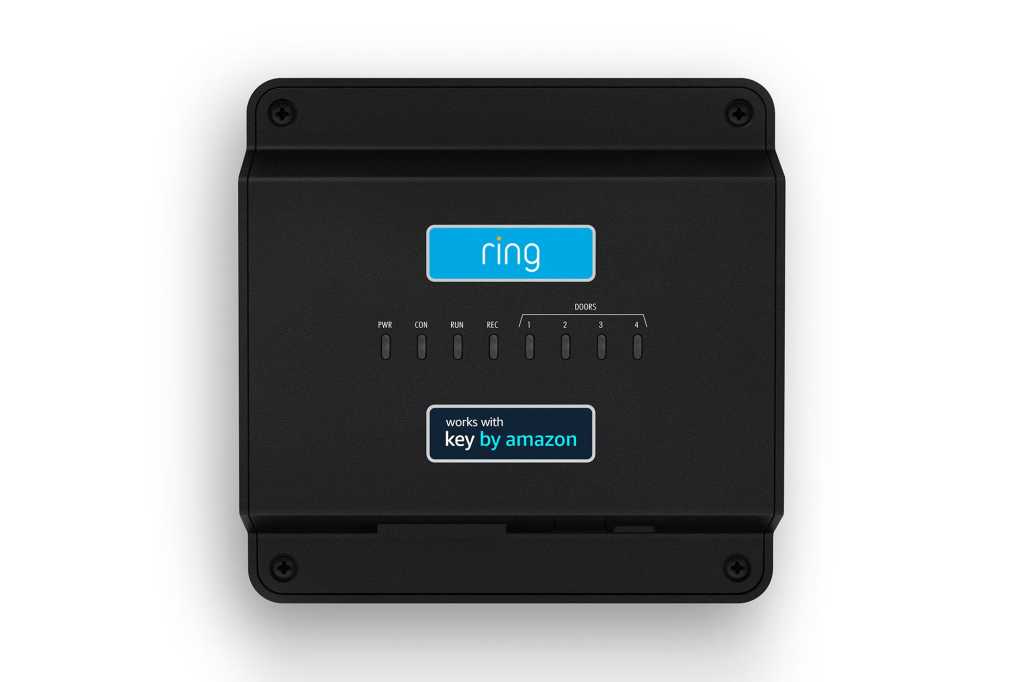 It’s been said that there’s no such thing as bad publicity, but I’m sure the folks at Ring are hoping their CES announcements will help dispel recent criticism of the company’s security and privacy practices. Ring revealed six new home security and lighting products on Monday, plus an all-new Control Center that should make it easier for customers to manage their privacy settings.

Updated on the afternoon of January 6 after we met with Ring and learned new information, which is presented in bold.

The new Control Center app, expected to arrive in late January, will enable users to opt out of receiving video requests from police departments that have joined the Ring Neighbors social media app. Ring says future updates will make it easier for users to control their privacy and security settings from within the Ring app, and provide added visibility as to how Ring keeps their data private and secure. Time will tell if these changes are enough to satisfy the civil rights groups that have criticized Ring’s partnerships with local police departments.

In terms of new products, the Ring Access Controller Pro is easily the most interesting. The first Ring product not designed for DIY installation, it allows homeowners to remotely operate an electric gate when paired with a Ring Video Doorbell or Ring Camera. A visitor will get your attention by ringing the doorbell or triggering the motion sensor on a camera. Once you open the live view in the Ring app to see who’s there, you can push a button in the app to open the gate.

The new device also works with the Key by Amazon service, enabling package deliveries inside your gate. At CES, we learned that this is an opt-in feature. You don’t have to enable it if you don’t want it. We were also told that the Access Controller can operate independently of a Ring video doorbell or security camera if you only want to use it in conjunction with the Key by Amazon delivery service.

The controller has two connectivity options: It can connect to your home network via hardwired ethernet, or it can use a cellular connection. Wi-Fi is not an option, but that likely wouldn’t be a practical solution anyway. At CES, we learned that a single controller can be used for two different gates on the same property. If you have both a driveway gate and a pedestrian gate, for instance, one controller can manage both of them.

Ring says the Access Controller Pro must be professionally installed, and that it’s compatible with any electric gate that can be indirectly controlled by a Wiegand or Relay interface module. But a company spokesperson told me the device will also work with the more DIY-oriented Mighty Mule line of gates by wiring it in parallel to the Exit and Comm terminals on those controllers. The Ring Access Controller Pro is now available at Amazon and Ring.com for $299. It can also be purchased as a bundle with the new Stick Up Cam Battery for $398.99.

Ring jumped into the smart lighting business in a big way with its 2018 acquisition of Mr. Beams, and we generally liked the first batch of landscape-lighting products it launched in 2019—apart from their dependence on disposable batteries, that is. Now the company is expanding that line with a solar-powered floodlight, step light, and path light.

Each of the three devices has an onboard motion sensor and requires the Ring Smart Lighting Bridge to connect to your Wi-Fi network (2.4GHz only) and to interact with other devices in the Ring ecosystem. The motion sensors on the lights can trigger Ring cameras to record video, for example, and the Ring Alarm system can turn the lights on when its base station goes into its alarm state.

The Ring Smart Lighting Solar Pathlight closely resembles its battery-powered counterpart, but it has a broader top to accommodate a small solar panel that continuously trickle-charges its permanent onboard battery. At CES we learned that you can remove the cap from the solar-powered pathlight and plug a Micro-USB cable into it to charge the light’s fat battery, so you don’t need to wait for the sun to do it.

Ring hasn’t disclosed how many lumens its Ring Smart Lighting Solar Floodlight will produce, so we can’t say if we’ll like it any more than the 600-lumen battery-powered version we reviewed in 2019, which we found to be a bit dim for a floodlight. Apart from the discrete solar panel that you’ll mount next to the floodlight, the two products look virtually identical. At CES, we learned that the solar-powered floodlight has a second socket for an extra rechargeable battery (the battery is not included), and that it produces 1,300 lumens of brightness.

In terms of industrial design, the Ring Smart Lighting Solar Steplight is a significant departure from its battery-powered cousin. Since it might end up being installed under the cover of a porch, it has a slanted top to better expose its solar panel to the sun’s rays. We found no fault with the size of the pool of light the original Steplight produces, but it looks as though the solar-powered model has a much larger LED panel. At CES, we learned that the solar-powered steplight produces 50 lumens of brightness, compared to 35 for the regular steplight. The new product’s light is also more diffused than the original.

One of our early criticisms of the Ring Smart Lighting system was that motion outside the home couldn’t trigger lights to turn on inside the home. There’s no better burglar deterrent than lighting up an unoccupied home’s interior, because the typical thief doesn’t want to deal with the complication of an encounter. And lights coming on inside give the impression that the home is occupied.

The new Ring Smart LED Lightbulbs promise to address that complaint, although there are currently only two models in the lineup and neither delivers color nor is color-temperature tunable. The Ring A19 Smart LED Bulb is a conventional Edison-style bulb with a frosted globe and what looks to be a ceramic heatsink. It’s dimmable, producing 800 lumens of brightness at full power—roughly equivalent to a 60-watt incandescent—and produces a relatively cool white light of 3,500K.

The A19 bulb can be used indoors or out, but it’s not weatherized and should therefore be installed in a fixture—a semi-enclosed porch light, for example—that protects it from direct exposure to water. The new Ring PAR38 Smart LED Bulb, on the other hand, can be exposed directly to the elements. This floodlight-type bulb produces 1,500 lumens of brightness, also at 3,500K. It can be deployed in a conventional outdoor floodlight fixture, or in an indoor downlight, provided it has an E26/E27 socket.

Ring’s new smart bulbs depend on the aforementioned Ring Smart Lighting Bridge to connect to your Wi-Fi network, so this is a good time to remind readers that the bridge is limited to supporting 50 Ring Smart Lighting devices, and that Ring envisions only one bridge per household. Ring says the new smart bulbs will be available at Amazon, Ring.com, and The Home Depot later this year, but has not yet announced pricing.