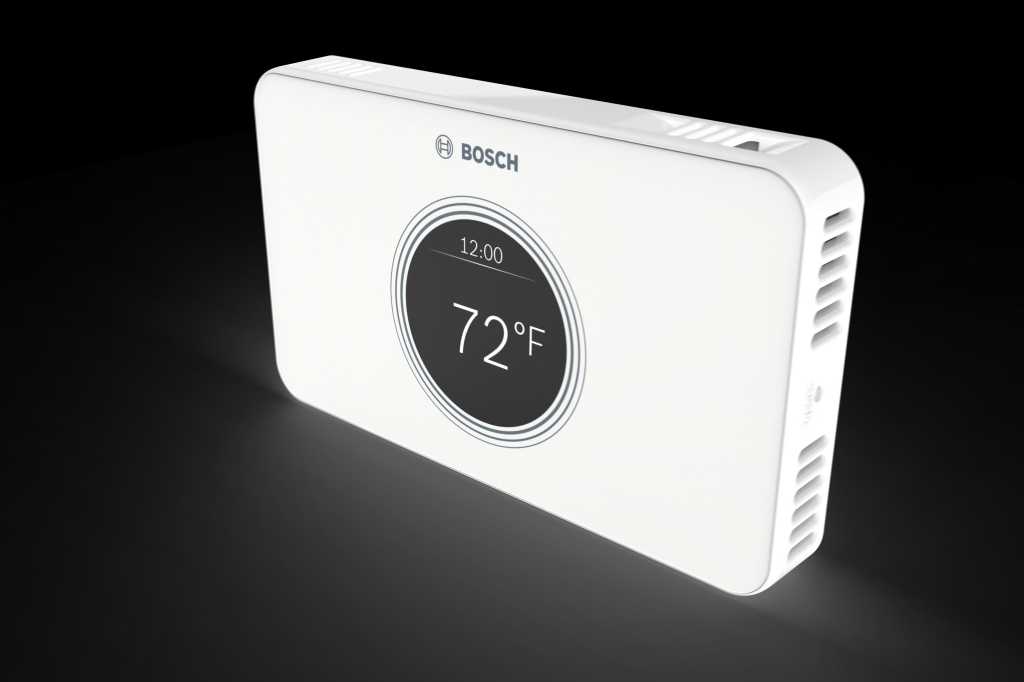 Image: Bosch
At a Glance

A solid budget choice for upgrading to a simple, inexpensive connected thermostat.

Bosch has a solid and reliable lower-cost thermostat in its Connected Control BCC100; unfortunately, it wasn’t quite as technologically advanced as other more expensive choices. Nearly three years later, the company has finally released a follow-up with an even lower price tag. Bosch throws out the touchscreen with its Connected Control BCC50, but otherwise offers the same connectivity features to hit a street price of  just $89.

This review is part of TechHive’s coverage of the best smart thermostats, where you’ll find reviews of competing products, plus a buyer’s guide to the features you should consider when shopping.

This price range of the smart thermostat market is crowded, but in our experience, you get what you pay for. So, Bosch’s name should give you some reassurance this will be a reliable product even if it’s not as feature packed as some of its competitors. The BCC50’s footprint is nearly identical to the BCC100, almost as if they took the more expensive model, ditched its touchscreen, and replaced it with a much smaller, simpler display.

A two-inch circular LCD display sits in the center of the rectangular box with flat illuminated buttons to each side. It looks a lot like iDevices’ budget smart thermostat and is far from our favorite aesthetic, but it is unobtrusive and easily blends into the background. The BCC50 installs largely identically to the BCC100 and depends on the presence of a C-wire for power.

The Bosch BCC50 should be compatible with most conventional heating and cooling systems, including two-stage heat pumps and dehumidifiers. Unlike the BCC100, however, this model requires the Bosch Connected Control app for setup. It’s important to use this specific app, as Bosch has a confusingly large number of apps in the mobile app stores, and this is the only one that will work with this device. That warning aside, installation and setup are kept largely simplistic.

The BCC50 is an entirely schedule-based thermostat with app controls. Unlike a Nest and several other smart thermostats, it won’t learn your usage patterns and program itself. You can program it with up to four schedules, and will it stick with the one that’s relevant at the time unless you override it. You can change the temperature at the thermostat itself or from anywhere else with the app. You can ask either Alexa or Google Assistant about the current temperature and use one of those digital assistants to change the target temperature; other than that, the BCC50 is about as basic as a smart thermostat can be. It doesn’t support geofencing, there are no remote room sensors, no smart algorithms, or other advanced features.

The Bosch BCC50 doesn’t have a proximity sensor, either, so when you want to see the current temperature, you’ll need to tap one of its five not-particularly touch-sensitive buttons to wake its small screen. I sometimes found that I needed to tap these a couple times to get a response. If you find this frustrating, just rely on Bosch’s app and your smartphone.

However basic the Bosch BCC50 might be, it performed without any problems. Response time between the thermostat and the app proved fast and reliable. The Bosch Connected Control app isn’t complicated to use, and creating a schedule is a simple matter of picking a time, a target temperature, and day days of the week).

The BCC50 is a very basic smart thermostat that offers remote app controls for a low price. It’s not the most attractive choice in its price range, and it certainly doesn’t compare with more expensive units (including Bosch’s own BCC100). But anyone looking for an inexpensive higher-tech replacement to an old-school thermostat, and you want a name you’re familiar with, the Bosch BCC50 is one of the better options.