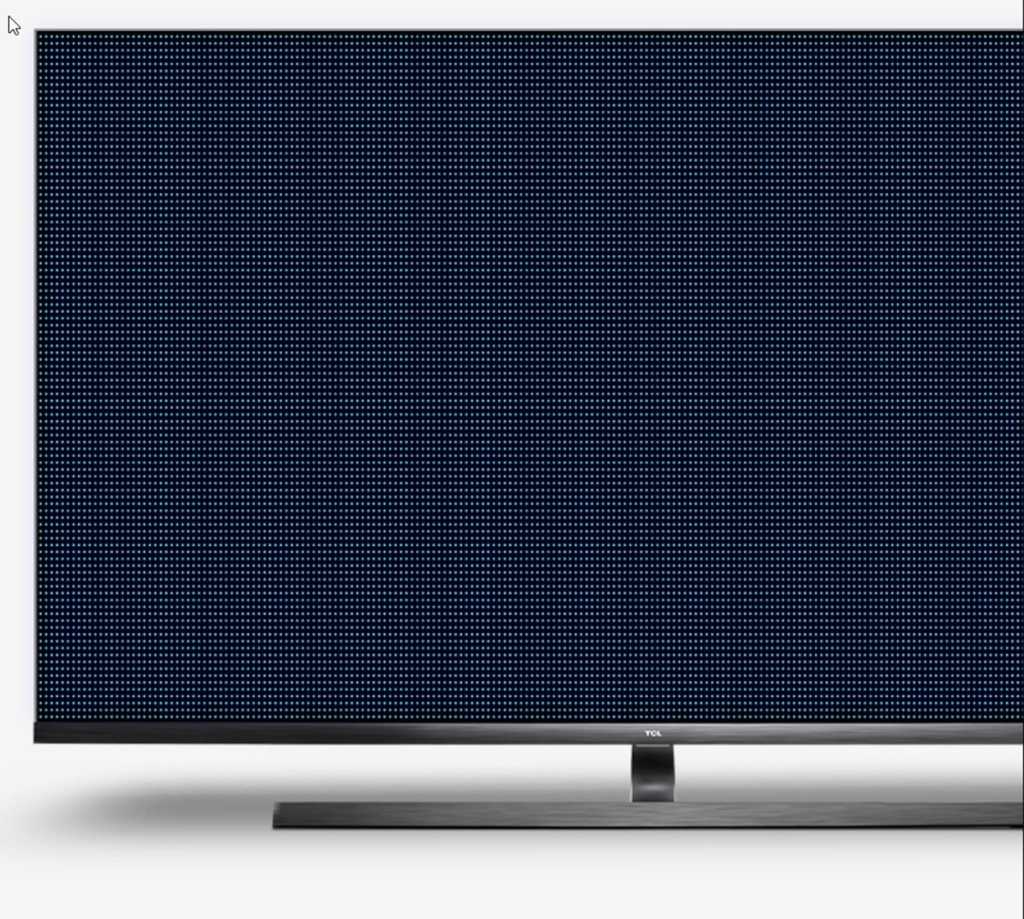 TCL announced a boatload of new TV technologies for its 2020 lineup today at CES. Roku TV Ready firmware and a soundbar were revealed; an HDMI 2.1/eARC/variable refresh-rate firmware upgrade was promised for some existing TV models; and a THX certified audio game mode was mentioned. The company will also ship its first 8K UHD TV for the U.S. market this year.

TCL expounded on its mini-LED backlighting technology, explaining it as tens of thousands of tiny LEDs on a glass substrate, or blade. The company’s spokespeople also set a record for promising joy, delight, and simplicity to users. We feel better now.

Not to be confused with OLEDs or micro-LEDs, which are self-emitters, mini-LED (now monikered Vidrian) is a granular backlighting array using miniature LEDs. Where your best current backlight array might have several hundred LEDs, TCL’s 8 series has 25,000 separate smaller LEDs. This reduces LCD bleed by allowing far finer control over which areas are lit or not. Though we haven’t examined the technology, or received a white paper from TCL, the smaller LEDs can likely produce the same level of viewable brightness with less juice per light point, further reducing bleed.

TCL has partnered with Roku to add the latter’s “Roku TV Ready” technology to its new Alto 9+ soundbar for seamless integration with all its 2020 Roku TVs. This makes it possible to control the soundbar’s audio from a Roku TV’s onscreen menu or a Roku remote. A firmware update rolling out in the spring to all Roku TVs will accommodate similar integration with other Roku TV Ready soundbars and A/V receivers.

As you might know, HDMI 2.1 can be implemented in part or in whole, with nearly all vendors choosing to add only the portions needed. TCL will implement eARC and variable refresh rates via a firmware upgrade on some of its 2019 models, and though it wasn’t mentioned, likely will also implement these technologies on at least more expensive 2020 models. TCL did not specify which 2019 TVs will be the recipients of this post facto largesse, but think top of the line.

As with most TV vendors this year, 8K UHD will play a part in TCL’s lineup. Specifics were in short supply, though quantum dots were mentioned. Like LG’s 8K UHD TVs, TCL’s will be “certified” as 8K UHD. Why certification is required we’re not entirely sure, as resolution is generally regarded as the number of pixels in the matrix. Nonetheless, there is a CTA certification standard as there was with 4K UHD, though it has been bent by at least one manufacturer. See this article on LG’s 202 CES announcements and contrast modulation for more details.

Check back this spring

TCL marches to a different drummer when it comes to detailed product announcements. Look for more granular TV news from the company in the early spring, if things proceed as usual.