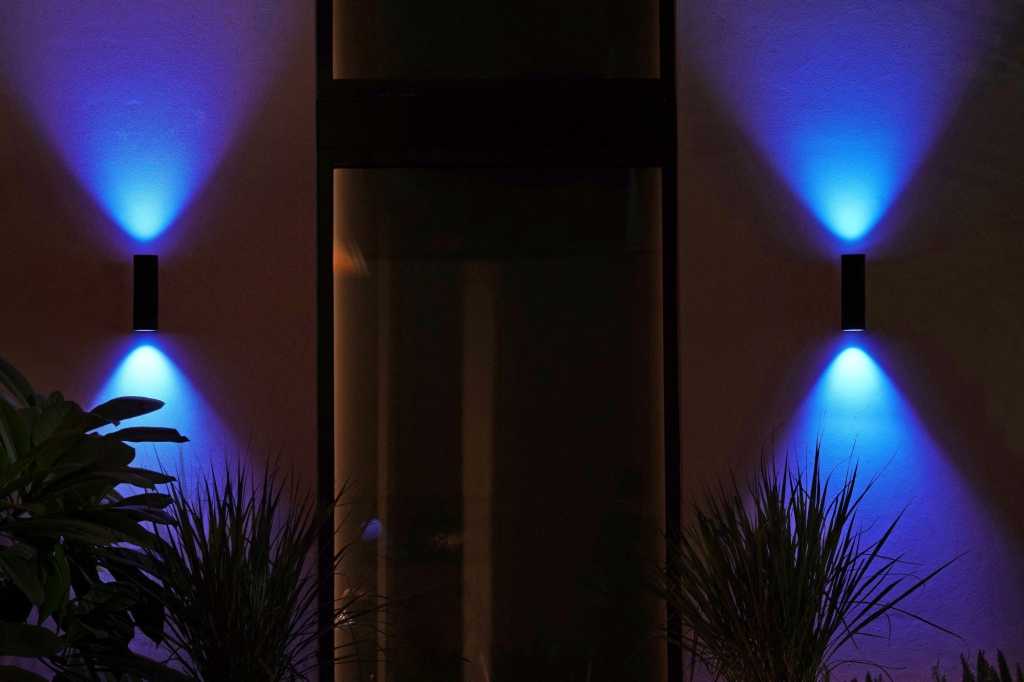 Get ready to show off your doorstep, your yard, and your footpaths, with a trio of new Philips Hue outdoor smart lights debuting today at CES.

Slated to go on sale in March, the new wall-mounted cylinder lamp from Signify’s Philips Hue can add eye-catching splashes of light to your doorstep, while a larger version of the Lily outdoor spotlight and a new Econic pedestal lamp could help illuminate your garden and outdoor walkways.

Besides the new outdoor lights, Philips Hue is also making it (thankfully) easier to control its recently released Hue Play HDMI Sync Box, while the long-in-beta “Zones” feature will get a permanent spot in the mobile Hue app.

First up is the new Philips Hue Appear, a $140 wall-mounted cylinder lamp that casts a “directed triangle of light” in both upward and downward directions.

A pair of the tunable white and color ambiance lamps could be just the thing for flanking your front door or adding a touch of color to an exterior wall. 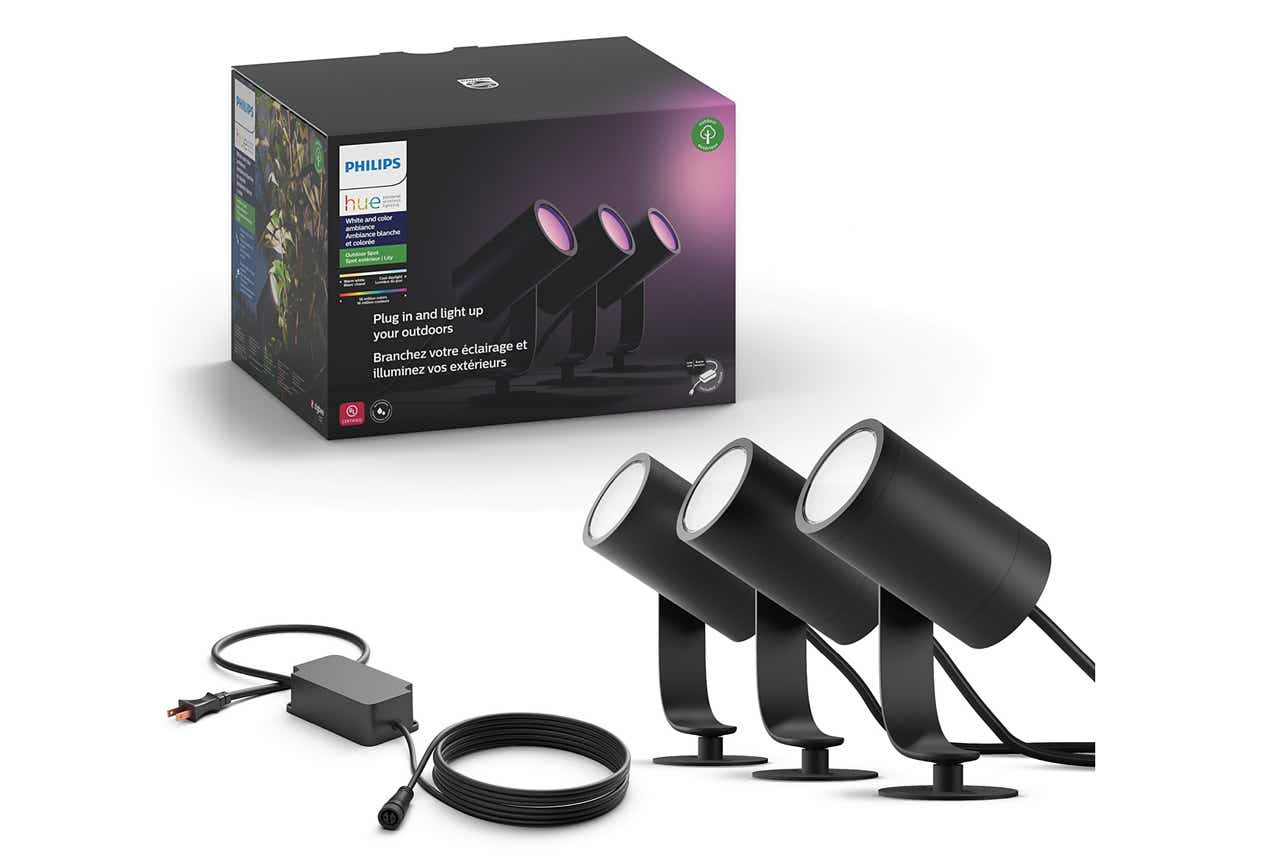 Also coming in March is a larger version of the Philips Hue Lily spotlight. The $140 low-voltage Lily XL boasts twice the lumens of the existing Lily (1,200 lumens versus 600), and it’s roughly three times as long (10.83 inches), twice as wide (5.91 inches), and three inches taller (10.83 inches). Also new for the Lily XL is a glare shield.

We called the original Lily the “perfect highlight for your outdoor landscaping” in our review, so we’re curious to see how the newer, XL-sized Lily measures up.

Suitable for pathway lighting, the new Econic pedestal light will retail for $130.

When it made its debut last fall, we praised the Philips Hue Play HDMI Sync Box for its impressively accuracy and responsiveness when it comes to syncing your Hue lights with the images on your TV. That said, we were disappointed that it shipped without a remote and that its integrated IR receiver was dormant, which meant that the only way to control the Sync Box was with a mobile app.

Well, good news: Signify is announcing that it’s enabling the Sync Box’s IR receiver, meaning you can use any standard or universal remote to turn the box on and off or (most importantly) switch between HDMI inputs.

Voice control for the Hue Play HDMI Sync Box will arrive with a firmware update that’s due this spring.

Hue “Zones” are here to stay

Last but not least, Signify says that Hue’s “Zones” feature, which allows you to control multiple rooms of lights at the same time, is no longer in beta.

Not only are zones getting a permanent place in the Hue mobile app, you’ll also be able to control them with compatible Hue accessories, including Hue wireless dimmer switches, the new Hue smart button, or a “Friends of Hue” switch.