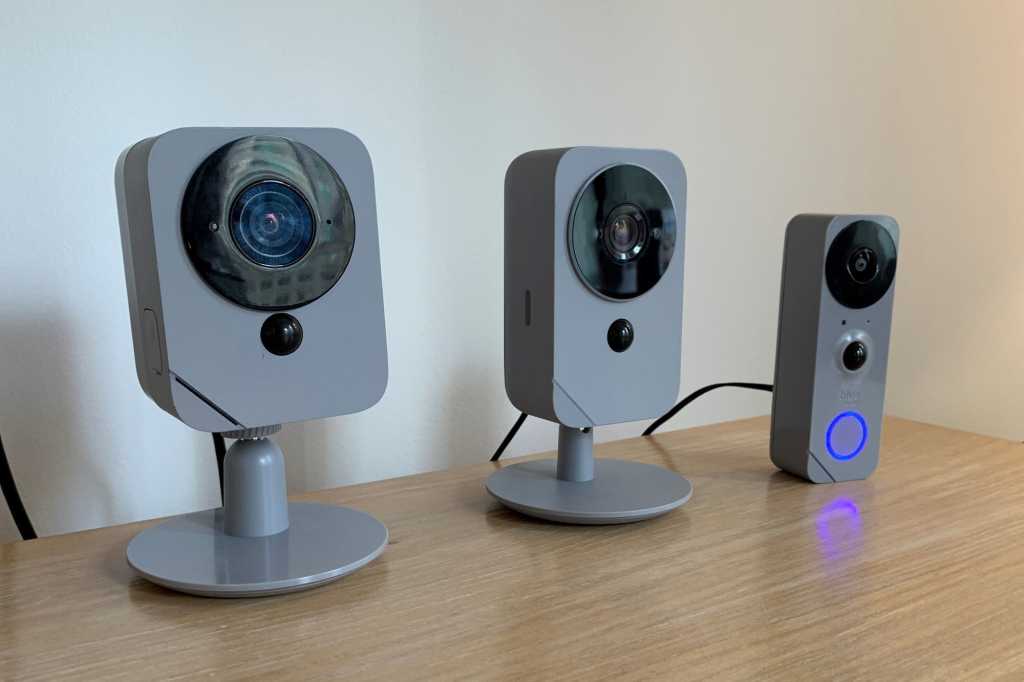 Given its acquisition of LifeShield nearly a year ago, ADT is no stranger to DIY security cameras, sensors and doorbells. But the home security stalwart has yet to dabble in standalone security gadgets—until now, anyway.

Debuting here at CES are three new ADT security cameras under the company’s new Blue by ADT brand: an indoor camera, a battery-powered outdoor camera, and a doorbell camera, each of which can work independently, without a hub.

On sale now, the new Wi-Fi-enabled cameras (which each retail for $199) mark something of a departure for ADT, which offers a series of multi-piece security kits through its LifeShield brand but is only now wading into the standalone security camera market, which is currently dominated by such smart security giants as Amazon-owned Ring and Google’s Nest brand.

First up is the Blue HD Smart Camera, which boasts a familiar litany of security camera features, including 1080p resolution, a 130-degree field of view, facial recognition, customizable motion zones, night vision, a motion sensor, and two-way audio with dual microphones and noise cancellation. You also get onboard Alexa, the ability to detect smoke and carbon-monoxide alarm sirens, and up to 70 minutes of battery backup, while DECT Ultra Low Energy (ULE) support will allow the camera to pair with upcoming keypad and sensor accessories.

Next comes the rechargeable Blue Outdoor Battery Camera, which comes with many of the same features as the Blue indoor camera, including 1080p resolution, a 130-degree field of view, facial recognition, two-way audio, and customizable motion controls. The outdoor Blue camera has an IP65 certification for resistance to water sprayed from a nozzle, while an optional $49 low-power Wi-Fi extender/chime combo is designed to boost the outdoor camera’s range and battery life.

The three new Blue by ADT cameras will arrive with Alexa integration at launch, with Google Assistant and Apple HomeKit support slated to arrive later. HomeKit Secure Video support is also in the works but not yet finalized, ADT reps said.

Both the indoor and outdoor Blue camera will offer local SD video storage, while all three cameras will support cloud storage starting at $2.99 for 60 days of single-camera storage or $12.99 per month for unlimited cameras.

Additional features for the Blue cameras include IFTTT integration, plus smart alerts with animated previews of captured events.

The new Blue by ADT cameras will be joined this spring by a Z-Wave- and Thread-enabled Blue base station, along with accessories such as a keypad, door and window sensors, and a water leak detector. You can also use the new Blue cameras with an existing LifeShield installation.

Execs at ADT believe the company’s reputation for reliability and privacy sets them apart, not to mention its ability to offer tight integration with its own professional monitoring service. Still, it’ll be interesting to see if ADT can catch up given the huge head start that both Nest and Ring enjoy when it comes to plug-and-play security products.