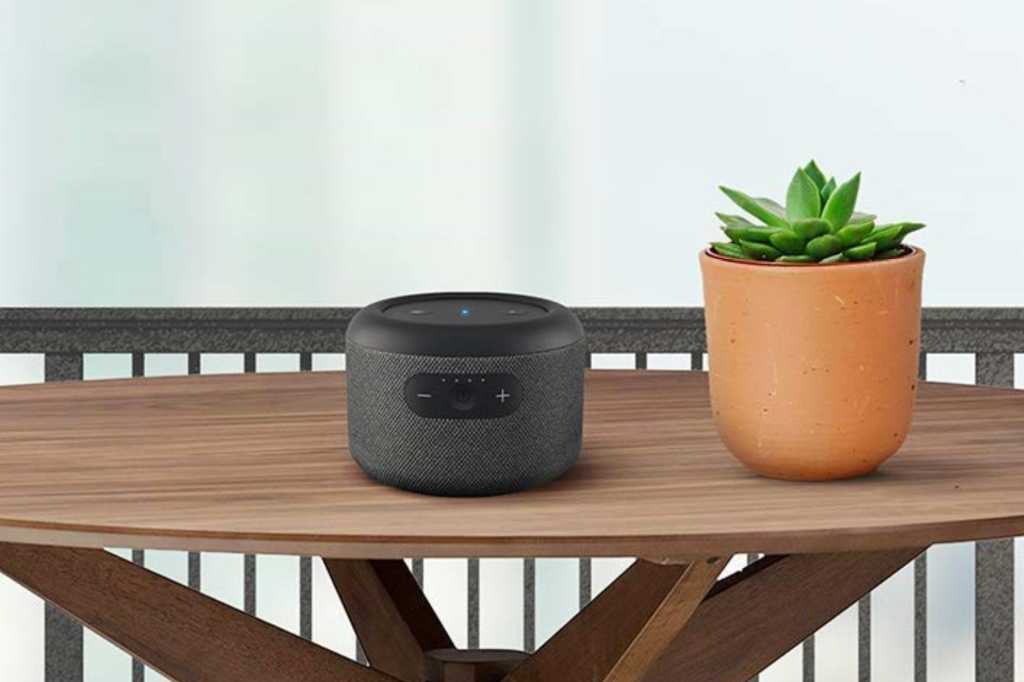 It looks like Amazon is getting ready to launch a portable, battery-powered Echo smart speaker, but the new speaker will—for now, at least—only be available in India.

The Echo Input Portable Smart SpeakerRemove non-product link is slated to land on December 18 with a list price of ₹6,000, or about $84 in U.S. currency, according to Amazon’s India website. The pre-order price for the speaker is ₹5,000.

The 4,800mAh battery in the new speaker is good for about 10 hours of music playback or 11 hours of standby time, according to Amazon. That’s not a lot of standby time, and indeed, Amazon recommends that you leave the Echo Input Portable Smart Speaker plugged in whenever possible.

Four LED indicators above the power button let you know how much battery life is left, and you can charge the battery using the included microUSB power adapter.

Naturally, Alexa is on board, along with her tens of thousands of skills and her ability to control your smart home devices.

The speaker can also can stream music from Amazon Music and Apple Music, as well as such Indian music streaming services as JioSaavn and Gaana.

If the idea of a battery-powered Echo speaker sounds familiar, you’re probably thinking of the Echo Tap, the portable Echo speaker that Amazon first launched back in 2016.

Unlike the new Echo Input Portable Smart Speaker, the Echo Tap required pushing a button before you could talk to Alexa, an annoying restriction that we dinged in our initial review.

A firmware update in 2017 removed the need to tap the Tap before chatting with Alexa, but it was too little, too late. Amazon discontinued the Echo Tap last year.

The Echo Input Portable Smart Speaker also brings to mind the Echo InputRemove non-product link, a hockey puck-shaped device that lets you add Alexa to any “dumb” speaker with Bluetooth connectivity or a 3.5mm audio jack.