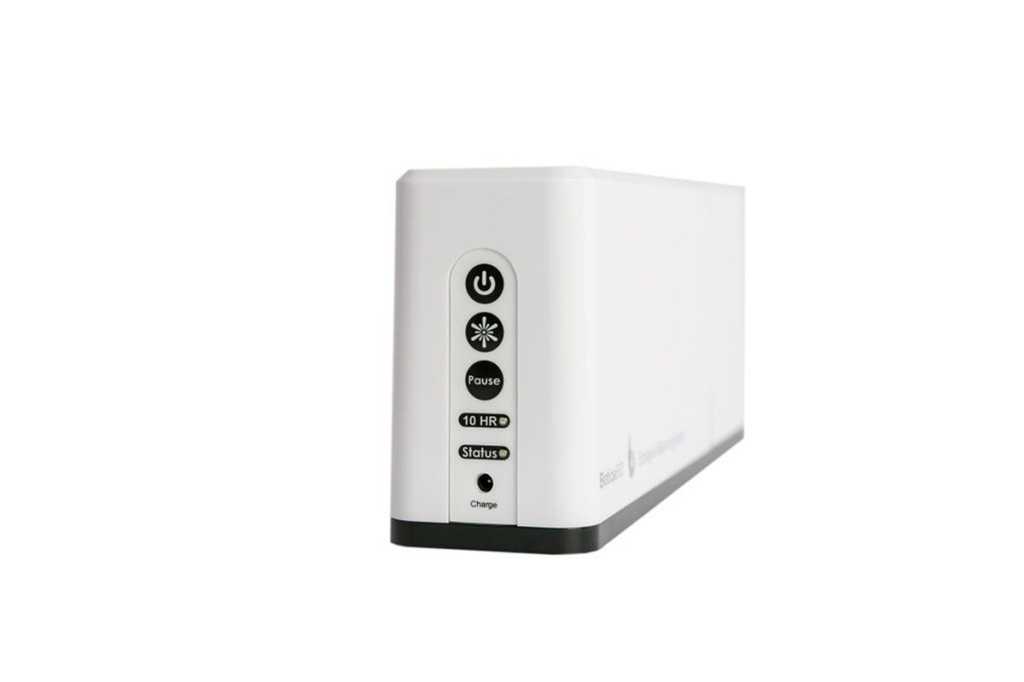 Image: BetterAir
At a Glance

The BetterAir Biotica800 offers a unique, natural way to purge indoor pollutants, but its effectiveness is hard to evaluate. If you feel relief from allergens and irritants after using it for a few months, it’s probably working.

Though they may use different methods, all conventional air purifiers remove pollutants already floating in the air. The problem with this approach, says BetterAir, the manufacturer of the Biotica800, is that they leave them on their breeding grounds: the tables, shelves, keyboards, and other surfaces throughout your home, where they can be disturbed and sent back into the air by a movement as small as a wave of your hand.

The Biotica800 attacks mold spores, pet dander, dust mite allergens, and other organic pollutants at their source, and in a pretty unique way. Rather than trapping these particles with filters or killing them with ultraviolet light, the single-room diffuser dispenses millions of probiotics around your home. As they come to rest on surfaces and penetrate tight spaces, they consume all those organic pollutants—and the food they need to propagate—before they are spread into the atmosphere. It’s a compelling proposition, but one whose efficacy I found difficult to prove.

The Biotica800 is white-plastic rectangular unit measuring 10 x 4 x 2 inches. A small panel on one end includes buttons for turning the unit on and off, releasing a single dose of probiotics, and placing the diffuser on 10-hour standby. Below these is a multifunction LED that glows green when the unit is on and in standby mode, blinks green when it’s dispersing probiotics, glows red when the probiotic cartridge is running low, and blinks red when it’s empty.

The unit can be mounted on a wall (a mount is included, screws are not) or set on a flat surface by attaching a pair of flat pedestals.

The Biotica800 comes with a single cartridge containing Environmental Probiotics known as Bacillus ferment. According to BetterAir, when dispensed these probiotics “form a protective layer of microflora which coat and shield surfaces and objects, resulting in a healthy microbiome.” Each cartridge lasts about three months

The Biotica800 is designed to purify a space of up to 800 square feet. Where you place it really depends on what type of allergens you’re combatting. Bedroom installation is recommenced if dust mites are your trigger, as that’s where they’re most prevalent. If you’re affected by pet dander or just want to eliminate lingering pet odors, then it makes sense to place the Biotica800 in a common area like the living room. Wherever you put it, the unit should not be near a door or window opened to the outdoors, as that will let probiotics escape and reduce the unit’s effectiveness.

To set up the Biotica800, you just remove the cover on the opposite end of the unit from the control panel, shake the probiotic cartridge and remove its foil seal, insert it, and replace the cover. The unit turns on automatically when you plug it in to an outlet.

Once the Biotica800 is installed and activated, there’s really nothing else you need to do. Every few hours it automatically mists a preset amount of the probiotic mix. You can’t see it and it has no scent. It also doesn’t leave any tangible trace of itself on the surfaces it coats. Perhaps because of this, Better Air includes a set of testing strips with the unit that turned pinkish when I placed them in front of the mister to indicate moisture was indeed coming out. Unless I happened to be looking in the direction of LED when the Biotica800 was spraying or within earshot of its audible swish sound, I was completely unaware of whether it was active or not.

This speaks to the main hurdle I encountered with the Biotica800: Because it doesn’t have any feedback mechanism built in, evaluating its efficacy is purely subjective. If you’ve had ongoing problems with mold or dust allergies, and after using the unit for a month or two, you don’t, that’s compelling evidence that it’s working. That certainly seems to be the case for some users, judging by a small sample of glowing Amazon reviews.

But if like me you don’t suffer from any airborne ailments outside of seasonal hay fever, it’s a lot harder to say. After using it for four weeks, my nose seemed less stuffy in the mornings and the air smelled a little fresher, but how do I know that’s the probiotics working and not the fact that I’ve stopped running the furnace overnight and opened the windows more during the day? It would take more controlled experiments than I’m willing to perform to be sure.

What I can say unequivocally about the Biotica800 is that it’s easy to install and operation is completely automatic. Whether it effectively improves the air is up to each user to decide for themself. If you know you’re allergic to one or more of the organic pollutants the unit’s probiotics target, and more conventional air purifiers haven’t eased your symptoms, it’s probably worth a try.

Be aware that it’s an ongoing investment: On top of the $300 purchase price, replacement probiotic cartridges are $98 for a two-pack. That’s almost an additional $200 per year. Of course, if you’ve exhausted all other options to treat your condition, that might seem like a small price for relief.