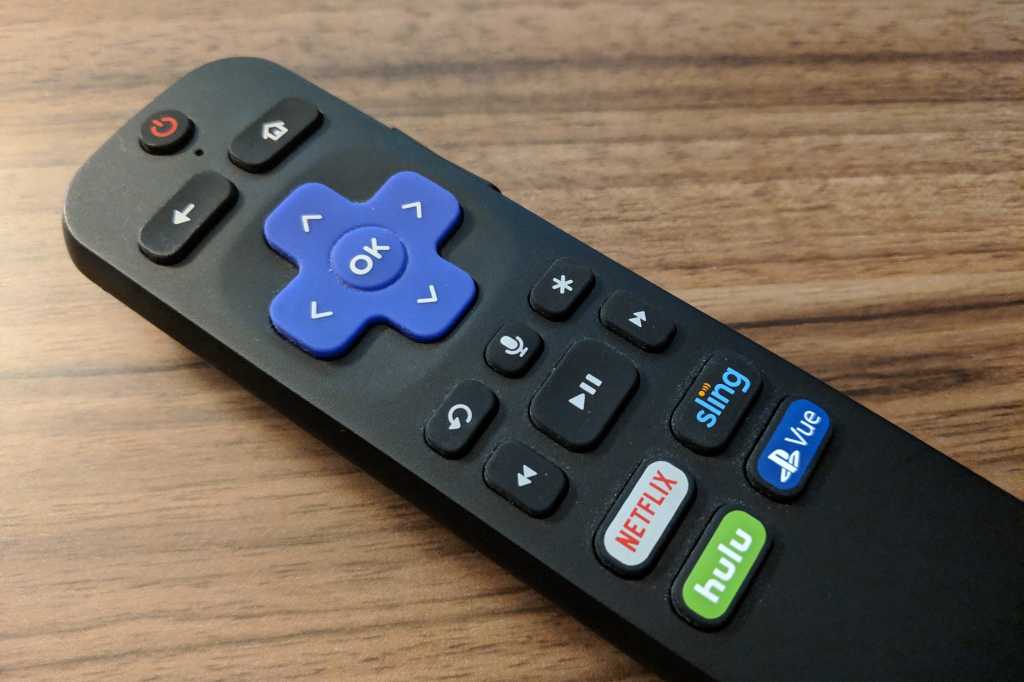 Black Friday is one of the best times of the year to upgrade your streaming setup, with major discounts on Roku players, Fire TV Sticks, Chromecasts, and more.

It’s also a great time of the year to waste your money on premature upgrades or on streaming devices that aren’t even worth buying in the first place. Keeping with last year’s tradition, let’s walk through whether you actually need a new streamer and which ones are worthy of your holiday shopping budget.

Roku devices are generally inexpensive and simple to use. They also do a great job highlighting free ad-supported movies and shows to watch.

Now’s a fine time to upgrade as well, especially if you’re rocking one of the earliest Roku models. Netflix announced recently that it’s ending support for pre-2011 Roku players, and support for early Roku models is also limited with Disney+ and Apple TV+. Besides, Roku players are much faster than they used to be, and most models now have handy TV volume and power buttons built into their remotes.

Ready for a break from shopping? Stream a Thanksgiving turkey

For most people, the best option is the Roku Streaming Stick+, available for $29 from Amazon or Walmart. That’s down from a regular price of $50 and a record low. In addition to being plenty fast and supporting 4K HDR video, the Streaming Stick+ has handy TV volume and power buttons built into its remote.

If you need a Roku with wired ethernet or USB media support, the Roku Ultra is a better option. It’s also slightly faster than the Streaming Stick+ and it has two programmable buttons you can use to launch any app. At $50 from major retailers (including Amazon, Walmart, Best Buy, and Target), it’s half-off the regular price.

The other option to consider is Roku’s Smart Soundbar, which is selling for $150 (regularly $180) from Best Buy and Roku.com. This device combines a soundbar with a streaming box that plugs into your TV’s HDMI port, and it can pair with Roku’s optional wireless subwoofer. I like how it provides easy access to settings such as the dialog booster and volume leveler, but it’s missing a lot of the features you’ll find on other soundbars. Only consider it if you’re already planning to buy a Roku player and don’t intend to watch much on other devices.

In any case, I suggest avoiding the $18 Roku SE that Walmart is selling as a Black Friday exclusive. Compared to slightly pricier models, it has a slower Wi-Fi connection, an infrared remote that feels less responsive, and no TV controls on the remote. Spending an extra $12 on the Roku Streaming Stick+ will get you a much better device, even on a non-4K TV.

Amazon’s Fire TV devices offer excellent hardware for the money and have some nifty tie-ins with Amazon’s Alexa voice assistant. While the software can feel chaotic, with a lot of sponsored content to wade through on the home screen, it also does a good job highlighting what you can watch inside different apps.

The best Black Friday deal on Amazon’s streamers is the Fire TV Stick 4K for $25 (available from Amazon, Best Buy, or Target). Even if you don’t have a 4K television, it’s a much faster and smoother device than the standard Fire TV Stick, so you won’t get as frustrated while opening apps and scrolling through menus. The regular Fire TV Stick is selling for $20 on Black Friday, so you only have to spend $5 more for a much better experience.

Diehard Alexa users might instead look to Amazon’s second-generation Fire TV Cube, which is on sale for $90 (regularly $120) from Amazon and Best Buy. This streaming box has far-field microphones built-in, so you can talk to Alexa without picking up the remote, along with IR emitters on the box so you can control TV volume, power, and input switching by voice. If you have a streaming service that works with Alexa, controlling it by voice can feel pretty slick. The new Cube is also Amazon’s fastest Fire TV device by far, so if you’ve been waiting for a powerful upgrade to the original or second-generation Fire TV box, now’s the time.

I’ve been souring on Chromecast as a primary streaming device as other low-cost streamers improve. Being able to launch videos through the apps on your phone or tablet is nice as a supplemental option, but it’s no replacement for a proper remote and big-screen menus.

Besides, this year’s Black Friday Chromecast deals are exactly the same as 2018: The third-generation model, which launched last year, is $25 (regularly $35) at major retailers including Best Buy, Target, and Walmart, along with the Google Store. You can also get the 4K HDR Chromecast Ultra for $50 (regularly $69) from the same stores. (Best Buy, Target, Walmart, and the Google Store, among other retailers.)

If you’re in the market for a Google Home Mini speaker, Walmart has a slightly better offer, bundling it with the third-generation Chromecast for $35. That’s $8 less than buying them separately on Black Friday. By using the two devices together, you can launch Netflix or YouTube videos, turn your TV off, or tune to live channels in Sling TV or YouTube TV by voice.

The Apple TV 4K is the most polished streaming device, with smooth and speedy performance, helpful search features, and a universal guide that lets you browse for content across different streaming services. It is, however, far more expensive than other 4K streamers, and we’ve yet to see any great Black Friday sales on it.

Same goes with the new Nvidia Shield TV, which at $150 is a true rival to the Apple TV 4K in performance. It’s not quite as polished, but it has a powerful AI upscaling feature that makes HD videos look sharper on 4K displays. Unfortunately, we haven’t seen any Black Friday deals on this device either. If you’re searching for another Android TV device, Walmart has the Xiaomi Mi Box S for $40 (regularly $60), but I don’t recommend it.

What if you’re buying a smart TV?

I don’t recommend buying a TV for its smart TV features alone, because you can always plug in a separate streaming device. Picture quality, design, and cost should all take precedent. Still, good smart TV software can keep you from having to buy a new streaming device sooner, so it could be a deciding factor if all others are equal.

Need more help vetting the Black Friday streaming deals? Drop me a line via email or on Twitter and I’ll do my best to help out.