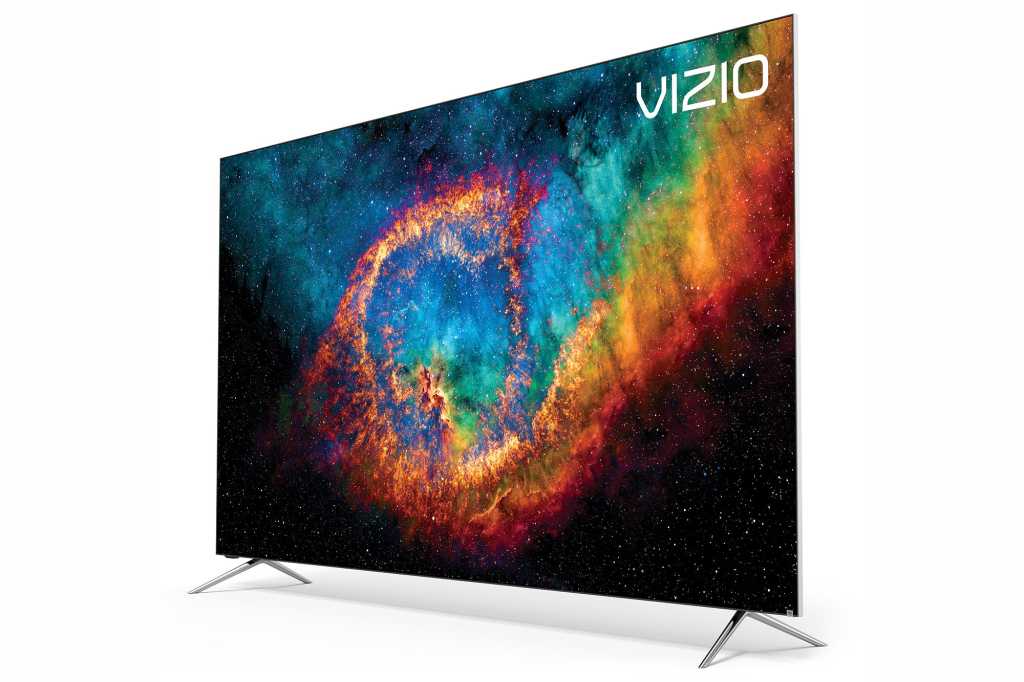 With the right material, the Vizio P-Series delivers HDR with an impact that no TV in its price range can rival. With other material, HDR or otherwise, the poor processing of fine detail and the severe aliasing issues with text are major buzz kills.

Vizio’s P-Series Quantum X TV delivers peak brightness and black levels that make bright details like sun reflecting off glass or laser shots streaming across the void stand out as with no other TV I’ve seen. With the right HDR material, the image is outstandingly vibrant and stunningly detailed. At other times, the TV’s lack of effective anti-aliasing becomes a bothersome issue.

This review is part of TechHive’s coverage of the best smart TVs. Click that link to read reviews of competing products, along with a buyer’s guide to the most important features you should consider when shopping.

When it comes to streaming, the PX75-G1 and its Smartcast 3.0 operating system has you covered. The TV supports both Chromecast and Apple AirPlay 2 for streaming just about anything that’s not supported natively, as well as Siri, Google Assistant, and Alexa for those folk who like to chat with their appliances. There’s a decent app environment and a channel guide, plus Vizio’s 150 WatchFree curated internet TV channels.

As shown above, the port selection on the P-Series includes a whopping five HDMI ports, including one with ARC (Audio Return Channel) support, optical and RCA digital audio output, coax for cable and antennas, ethernet, and—a boon for users with older A/V equipment—component/composite inputs. The Wi-Fi is 802.11ac, but there’s no Bluetooth on board—that’s a bummer if you like to spare your neighbors through the use of Bluetooth headphones as I do. There’s one USB port on the back, and one handily mounted on the side. You can turn on and control the TV with the buttons on the back bottom right-hand side if needs be.

Props to Vizio for putting some detail into the specs for its TVs on its website. Few do, apparently not wanting to provide prospective buyers with the information they need to make an educated decision.

On the other hand, the company also provides some chuckles with its marketing claims of “Extraordinary Color,”  “Profoundly Bright,” “Darkest Blacks,” and “Exceptional 4K Detail.” That said, three of those four are mostly true, though the darkest blacks belong to OLED technology. I’ll discuss the dark side of that “exceptional detail” in a bit.

Vizio’s Smarcast 3.0 interface is attractive and easy to use. As I said, there’s a decently populated app environment, if not on the same scale as what you’ll get with, say, the Android TV OS. One addition I’d like to see is VLC, to compensate for the buggy media-player app that Vizio provides. Plex fills the gap, but that app requires an account and isn’t nearly as versatile as VLC.

Vizio’s latest remote control is a favorite. It’s small enough that you can wrap your hand around it, it’s logically laid out, and it’s intuitive. It took me a little bit to get used to the center “Okay” button being recessed, and to avoid hitting the surrounding rocker while pressing it, but it was smooth sailing after that.

As I noted about the recently reviewed Hisense H9F, quantum dot color and lots of peak brightness will take a TV a long way. As the PX75 supports Dolby Vision, the first video I threw at it was an animated trailer from Dolby itself. It was awesome. I then measured the peak brightness and found 2,500 nits, a good 1,100 nits more than with Samsung’s QLEDs.

That’s a bit shy of the “2700 UltraBright” in Vizio’s marketing materials, but our equipment always tests a bit lower than the vendor’s claims. Forgetting the numbers, this is the brightest TV I’ve seen by a wide margin, and it can produce very detailed images (with caveats).

The color acuity was also very, very good as it usually is with quantum dots. Blacks are more than reasonably dark for an LED-backlit LCD TV, thanks to the huge array count (420), and light bleed in adjacent zones was minimal. Add to that the PX75’s very good screen un iformity (no dark or cloudy spots) and very good off-angle viewing, and I was thinking you should have a fantastic TV. But then the credits on the video started rolling.

Said credits suffered an issue that has beset Vizio TVs in the past—aliasing, aka, the jaggies. Their appearance caught me completely by surprise, as I’d complimented Vizio for finally fixing the issue in the recently reviewed M-Series. In this case, they’re exacerbated by the mega nits being pumped out in the TV’s Vivid/HDR mode, but they were also evident in standard mode, where peak brightness is far lower—around 500 nits.

Aliasing issues extend beyond text as well. While detail is impressive in images that are relatively still, they start flickering and shimmering the minute you start panning them. The P-Series also fared extraordinarily poorly in any Spears and Munsil benchmark test that involved lines or anti-aliasing: Color bleed, patterns where there should be none, flat areas where there should be lines, and the like. Motion handling was quite good with larger objects, but with fine lines and text, again, I noted heavy aliasing artifacts and flicker.

Vizio is not alone in having difficulty handling the increased brightness that HDR requires. Samsung’s QLEDs suffer shimmer and moiré all the way up to the mighty Q900R, though to a far lesser degree. Hisense deliberately lessens the sharpness of their H9F to avoid these same issues, which are just as bad as Vizio’s if you turn said sharpness up. But I’ve never seen another vendor have such a difficult time rendering smooth text.

While these issues aren’t readily apparent in the majority of what people watch in the real world (text excluded), when they do appear they can be disconcerting. That doesn’t make the PX75-G1 a bad TV in the least, but it’s something Vizio definitely needs to sort out. Fix it and we’re talking major competition for Samsung’s QLEDs.

I’ll give the P-Series props for delivering high-impact HDR and a good picture with most material, and it delivers the smart TV bells and whistles so many people love. But while the PX75-G1 wowed me at first, the feeling faded rapidly as the complexity of the material increased. Add the inability to pair it with my Bluetooth headphones, and it’s not for me.

Tastes vary and you might feel differently. As I said, aliasing was a problem for me only a small percentage of the time. But take a good look with a wide variety of material before you succumb to nit-picking; excuse me, evaluating by brightness alone.