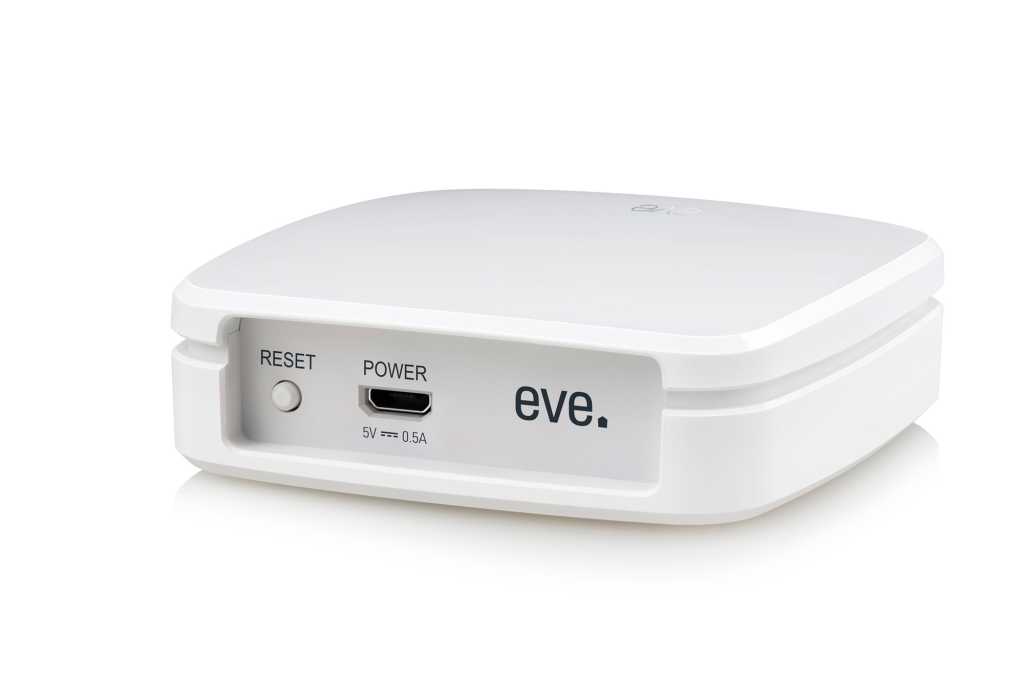 Eve Systems
At a Glance

It’s pricey and a little buggy, but if you’re patient, it’s a good bridge between your Wi-Fi network and Eve’s ecosystem of Bluetooth smart home devices.

First things first: The Eve Extend doesn’t actually do anything in the traditional sense. It can’t control your lights, alert you to motion, tell you if your windows or doors are open, or report the weather. What it does is serve as a bridge between Eve’s Bluetooth-enabled, HomeKit-compatible smart devices and your Wi-Fi network, freeing you from the range limitations inherent to Bluetooth.

If you haven’t already invested in the HomeKit-oriented Eve smart home ecosystem (lighting controls; air-quality monitors; door, window, and motion sensors; and the like), Eve Extend won’t interest you in the least. But if you’ve used a Bluetooth-based smart home product from any vendor, you’ve probably experienced the problem that Eve Extend is designed to solve: Controlling a Bluetooth device with your smartphone is piece of cake—provided you’re relatively close by.

And if you’re using an Apple TV as a smart home hub, you should be able to access HomeKit-compatible devices via the internet when you’re away from home. But since Bluetooth is designed mostly for battery-powered devices, its range is much more limited than that of Wi-Fi. The Apple TV in my home, for example, is in the master bedroom—which is as far as you can get from the living room where most of my smart home devices are installed.

Plug in the Eve Extend near where a critical mass of Bluetooth products, and it can easily bridge the gap between the Bluetooth gear and the Apple TV. That’s all it does, but short of moving my Apple TV, buying another Apple TV or a HomePod smart speaker, or abandoning Bluetooth-based products altogether, it’s a fine idea. 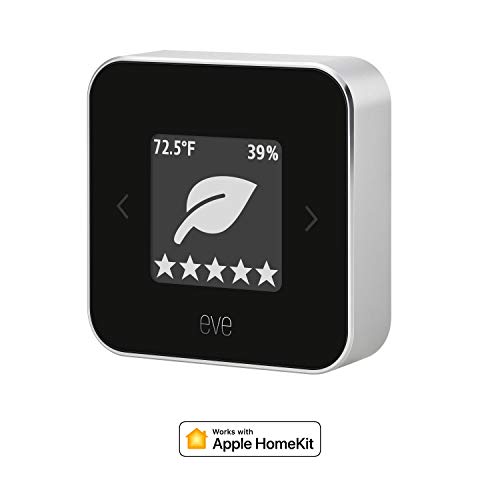 The Extend hardware is simple. It’s powered by a micro USB connection, and a small cable is included, but no power adapter. As such, I plugged it into a spare computer port for testing. Software setup is performed much like any HomeKit device in the Eve mobile app: Scan the printed HomeKit code and wait for the product to register with the network. Oddly, this process failed for me twice before finally working, repeatedly giving me cryptic errors such as “A HomeKit error occurred.” A factory hardware reset (performed by holding down a reset button on the device for 10 seconds) was also required along the way.

It’s important to note that the Extend does not bridge all Eve product traffic by default. Rather, you must select which accessories are bridged during setup. (It supports up to eight devices simultaneously.) If you add more Eve products later, you’ll need to make changes in the app.

Alas, I also experienced trouble with this process during my testing. An Eve Energy device connected without trouble, but an Eve Motion sensor wouldn’t connect despite multiple attempts and after updating the both devices’ firmware. I did get the two connected after a long while of finagling and brute force, but afterwards, the Eve Motion did not appear in the list of accessories assigned to the Extend. The bottom line: It’s buggy.

The good news is that, with the Extend in place, I no longer receive nagging “not available” errors for the Eve Energy smart plug and power meter that I set up outside, hundreds of feet from my Apple TV. I can also control the plug from anywhere in my home—or even when I’m away from home—not just when I’m standing within 20 feet of the smart plug. The Eve Motion connection, on the other hand, remained unreliable at best.

Price is also something of an issue. For 50 bucks, Eve Extend doesn’t make sense unless you already have a lot of Eve devices that you’re having connectivity issues with. If you want a HomeKit-oriented smart home, you’d be better off buying Wi-Fi-enabled HomeKit devices from the start.