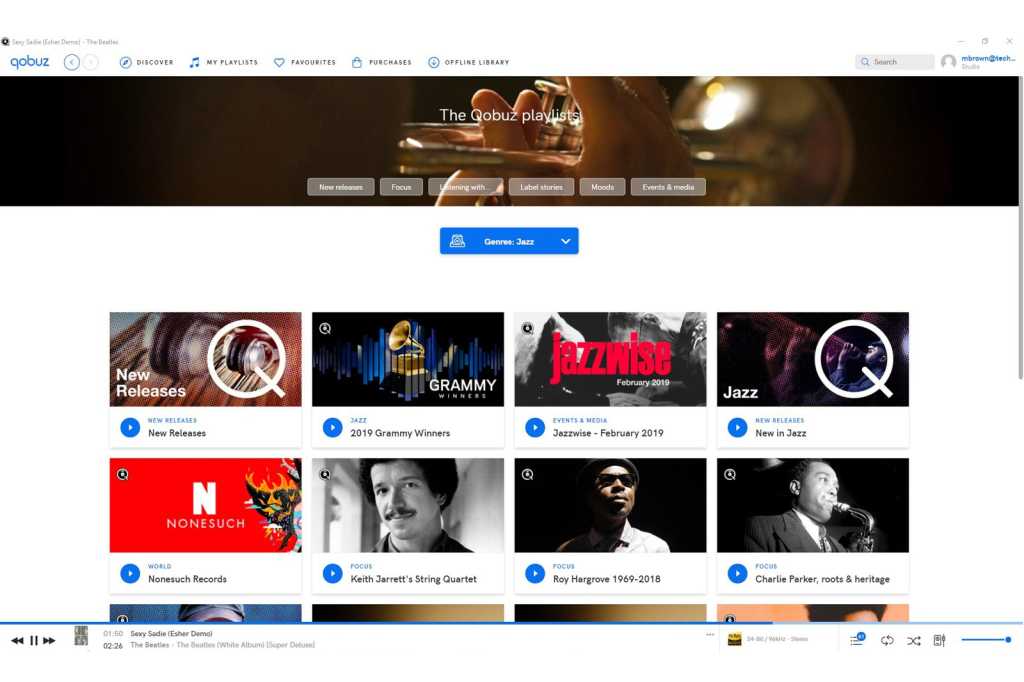 Qobuz, one of our favorite music streaming services, has just announced that it’s doing away with its cheapest MP3 streaming plan and consolidating its other CD-quality and hi-res music plans into a single $15-a-month offering, although that monthly price is (for now, anyway) only a limited-time deal.

The move makes Qobuz far more competitive with Amazon, which shook up the high-resolution music streaming market in September when it launched Amazon Music HD, a $15-a-month streaming service that offers both CD-quality and hi-res tunes.

Before Amazon Music HD came around, you generally had to spend at least $20 a month to stream lossless FLAC music. Tidal, for example, charges $20 a month for a plan that offers both CD-quality and high-res streaming tunes. Deezer’s HiFi plan lets you stream CD-quality music for $15 a month, but it doesn’t include 24-bit/192kHz high-resolution music streaming.

Of course, Qobuz’s $15-a-month price is currently only a promotional offer. Qobuz is keeping mum on what will happen to the Studio Premier’s $15/month rate once the promotional period ends.

Besides its new Studio Premier plan, Qobuz says it will continue to offer Sublime+, a $250-a-year service that offers the same hi-res music streaming as Studio Premiere plus “substantial” discounts on purchases of lossless music downloads.