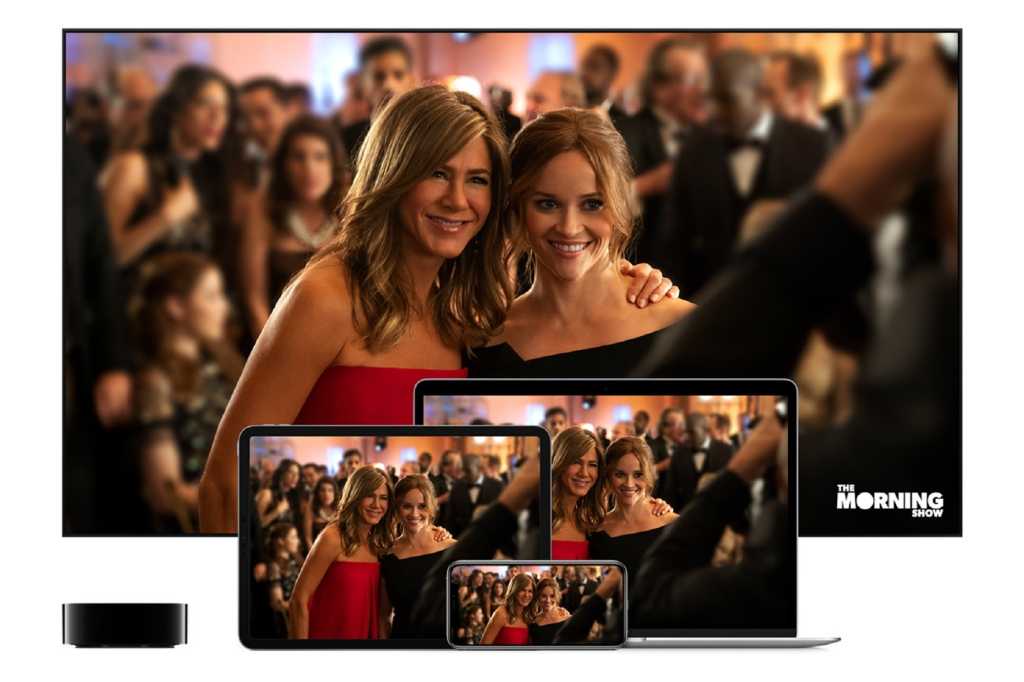 After more than two years of rumor, speculation, and hype, Apple TV+ has finally arrived.

Apple’s streaming video service is now available for $5 per month, but if you buy a new Apple device, you can get the first year for free. At present, Apple TV+ consists of eight original series and one documentary movie—all ad-free and exclusive to the service—with Apple promising to add more movies and shows over time.

Although we’ve been hearing about Apple TV and its lineup of original programming for some time, many of the finer details are only coming out now. Before you start binging on shows like For All Mankind and The Morning Show, here’s what you need to know:

Apple TV+ doesn’t have any immediate home runs in its modest launch lineup, but critics have mostly enjoyed The Elephant Queen (90% “fresh” on Rotten Tomatoes), Dickinson (74%), and For All Mankind (74%). The consensus is less solid on The Morning Show (59%) despite the star power of Jennifer Aniston, Steve Carrell, and Reese Witherspoon, while See (40%) seems to be a letdown despite its cinematic production values. TechHive critic Jeffrey Anderson came away with some similar opinions after watching those shows himself.

The free year of Apple TV+ has one big caveat

While Apple works on adding more content, it’s giving away a year of Apple TV+ to anyone who bought a new iPhone, iPad, iPod Touch, Mac, or Apple TV after September 10. The redemption offer should appear automatically if you’re running at least iOS 12.3, MacOS Catalina, or tvOS 12.3, though Macrumors reports that some users will need to contact Apple support if the offer doesn’t appear. (If you’re not eligible, you can still get a 7-day free trial, but you’ll need to create an Apple ID and provide a credit card number.)

There is a catch, however: To get the first year free, you must agree to automatic billing at $5 per month or $50 per year thereafter, and if you cancel early, you’ll lose access to Apple TV+ immediately. That means you can’t rely on the usual subscription trick of canceling right after you sign up. Instead, I suggest marking your calendar for a few days before your first year is up and bookmarking this link, which will take you straight to Apple’s subscription management page.

An Apple TV isn’t necessary (but it helps)

As you might expect, Apple TV+ is available on Apple TV streaming boxes, iPhones, iPads, iPod Touches, and Macs. It’s even available on third-generation Apple TVs that aren’t running tvOS. But in addition to those devices, you can also download the Apple TV app on some non-Apple hardware:

Apple also plans to support AirPlay 2 on some Sony TVs this year, and it will bring a proper app to Vizio, LG, and Sony TVs “in the future.”

The Apple TV+ experience on these devices does have some notable limitations: While Apple is supporting 4K HDR on all platforms, it’s only offering Dolby Atmos and Dolby Vision on its own hardware. And if you’re using AirPlay, video quality will max out at 1080p. The best video experience will still be on an Apple TV 4K, where Apple TV+ shows are apparently hitting some extremely high bit rates.

The good news is that Apple TV+ programming does show up in search results on Roku and Fire TV devices, so you can say “Dickinson” or “See” into your voice remote and find the show without having to dig through Apple’s TV app.

Yes, there is a web version

Although Apple TV+ doesn’t have a proper Windows app, you can still the access the service through your web browser at tv.apple.com.

This site, in turn, provides a workaround for some of the other devices that lack Apple’s TV app. You can use a Mac if you haven’t updated to MacOS Catalina, and if you have a Chromecast or Android TV device, you can use Chrome’s Cast feature to mirror the browser tab onto your TV. (Just keep in mind the quality will be vastly inferior to a proper app.)

Unfortunately, I’ve had no luck getting videos to play through the site on Android mobile devices, Android TV browser apps, or the web browser on unsupported Fire TV models.

Apple TV+ allows for six simultaneous streams, which is a pretty generous limit, but the service inherently protects against password sharing by making you sign in with an Apple ID. Because anyone who has your Apple ID login would also be able to access your iCloud, sharing with friends and extended family members would be ill-advised.

That said, Apple TV+ does support Family Sharing, allowing up to six people in a household to use the service with their own Apple IDs. Apple has instructions on setting up Family Sharing here.

On iPhones and iPads, Apple TV+ supports offline viewing, so you can download any episode by clicking the cloud icon next to its description. I was able to download every episode of every show without issue, though it’s still unclear how long you can keep watching offline without having to download the episode again.

You can’t binge-watch just yet

Apple isn’t exactly following the Netflix playbook for releasing its original programming. While full seasons are already available for Dickinson and its children’s programming, in most cases new seasons will premiere with three episodes, followed by one new episode per week. Oprah’s Book Club is an exception to both rules, with just one episode available to start.

If you’re in the habit of adding and dropping subscriptions as needed—and you’re not eligible for a free year of service—consider holding off on Apple TV+ until you can binge-watch more of the content.