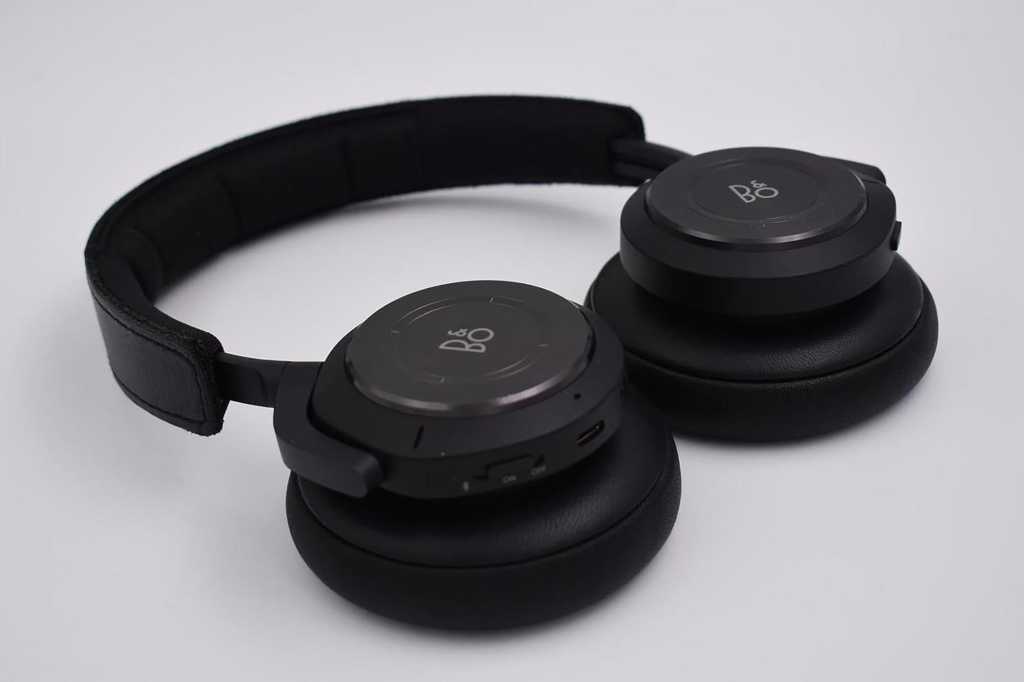 High-end Danish audio maker, Bang and Olufsen is known for its striking designs and high-fidelity audio reproduction, and both characteristics are in abundance in the company’s latest flagship wireless headphone, the Beoplay H9.

Refinements over its predecessor

The Beoplay H9 is a refinement over its predecessor, the Beoplay H9i. I reviewed in February 2019. Indeed, put the two side-by-side or hold them in your hands and you’ll be hard pressed to tell the difference. 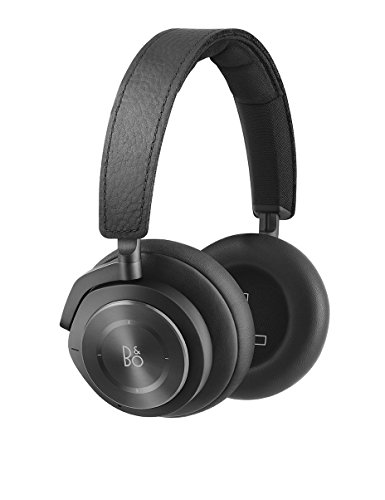 The H9 sports the same cowhide leather headband and cloth underside with four padded quadrants. The perfectly machined, brushed-aluminum headband arms remain a thing of beauty. They slide effortlessly from the headband and stay in place for infinite adjustment points. The soft and plush leather-wrapped ear cups themselves rotate smoothly on aluminum arms like a precision piece of equipment.

The Beoplay H9, however, is more comfortable to wear for extended listening sessions; it’s much more energy efficient, so its battery lasts longer; and B&O has put Google Assistant at your beck and call.

In my review of the Beoplay H9i, I noted that after about an hour, I’d start to feel pressure at the very top of my head, due to the lack of adquate padding. B&O has addressed this issue by adding more padding under the headband. I can say that with the H9, long listening sessions were now no problem. I didn’t regularly experience the need to take off the headphones to relieve pressure on my head.

Those lush ear cups have also been redesigned. They now have improved memory foam cushions that further enhanced my comfort wearing them.

Battery life has gone from a respectable 18 hours to a whopping 25 hours, thanks to a larger (1110mAh) battery. You’ll get up to 25 hours with Bluetooth and ANC; up to 32 hours using Bluetooth; and Up to 33 hours listening to music in wired mode with ANC. A USB-C charging port, located on the underside of the right ear cup, supports rapid charging. A full charge takes only about three hours.

Google Assistant at the touch of a button

The back of the left ear cup now has a dedicated button that launches Google Assistant. As a constructive observation, I do wish that B&O had lowered the button’s location about a quarter to half an inch. Instead of falling naturally where my left thumb grips the ear cup, I needed to slide my thumb up to find the button. Thankfully, the button is raised off the ear cup and easy to find by touch.

The H9’s right ear cup features an intiutive touch-sensitive gesture pad. The touch interface allows you to turn ANC and ambient-aware features on and off by swiping from the top or bottom of the ear cup. You can increase or decrease the volume by rotatiing your finger clockwise and counterclockwise respectively. Tapping the middle of the disk will play/pause the music.

With the H9, the disk now has a raised outer ring that makes it super easy to get your finger perfecly aligned for touch-sensitive commands. In my testiing, the H9’s gesture pad was much improved over the one on the previous generation, giving me a more consistent response.

B&O has an Android and iOS companion app for the Beoplay H9 that’s relatively unchanged since I last wrote about it. The app will display the headphone’s battery life and allow you to apply DSP filters for different sound environments: commute, clear, workout, podcast, etc. You still can’t see visually what these EQ modes do. You need to cycle through them to hear the effect.

I remain a big fan of B&O’s ToneTouch option. It’s just slick. Use a slider to tailor the sound of the H9 to be warm, bright, excited, or relaxed.

The app also gives you easy access to enable or disable the headphones’ active noise cancellation and its transparency mode. A new feature of the app lets you force Google Assistant or use your smart device’s built-in assistant (such as Siri on iOS).

The headphones themselves fold flat for easy travel, but the aluminum arms won’t collapse further into an ultra-compact form factor. The H9 are perfect for a backpack, but won’t necessarily fit into your jacket pocket.

I tested the H9 on trains, subways, and busy New York city streets. The B&O H9 consistently delivered very good active noise cancelling performance no matter what environment I tried them in. The H9 killed the majority of HVAC noise and a large portion of engine noise. Walking New York’s bustling streets, the H9 killed a significant amount of ambient noise around me, helping me get lost in the music. As with any high-performing ANC headphone, you’ll need to be extra cautious about your surroundings as the B&O do a very good job of putting you in your own isolated bubble. 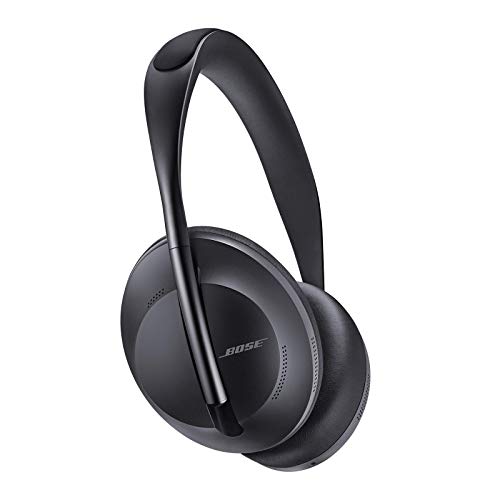 I’ll compliment B&O’s microphone performance. I’ve had many good-performing ANC headphones that have been intolerable to wear during slightly windy conditions. Many ANC algorithms don’t effectively cancel the sound of wind passing over a headphone’s mics, amplifying the whoosh instead of cancelling it out. So I was pleasantly surprised that the Beoplay H9 doesn’t suffer from this shortcoming. It’s not completely immune to wind noise, but its response is definitely above average.

The B&O’s overall ANC performance, however, is a step down from the top-end offerings from Sony and Bose. In my conversations with B&O’s representatives over the years about ANC performance, they have told me that their goal is to strike the right balance between ANC performance and musical reproduction—a goal that I feel they hit on the mark. Other headphones sacrifice the music for ANC performance.

Thankfully, ANC pressure is light. I never felt that “underwater” feeling that characterize some other companies’ ANC technology exhibit.

B&O calls its ambient-aware mode “transparency.”  Transparency mode lets you keep your headphones on while letting the sounds of the outside in, and it sounds remarkably natural—not like I was merely listening to the sounds of the outside world through the headphone’s amplifier and speakers. Taking the headphones on and off was uncanny—there was only some slight differences. Certain frequencies—in the range that HVAC noise occupies, for example—were slightly accentuated, but the overall sound was very natural.

A top-notch performer on phone calls

I used the H9 on several phone calls with my iPhone XS during my review period. Not once did individuals on the other end complain that they coudln’t hear me, and being out on bustling streets didn’t cause problems for my calls. I was very impressed with the Beoplay H9’s ability to perform reliably in this regard.

I tested the B&O H9 with an Astell&Kern SR15 hi-res DAP and an iPhone XS. Source material included high-res music files and Tidal, with a preference toward Tidal Hi-Fi and Masters recordings.

The Beoplay H9 will work as a traditional, wired headphone as well as a wireless headphone. Wired performance sans ANC brings out the headphone’s full potential. I found the H9’s wired performance to be more refined. On Sarah McLachlan’s Afterglow Live, for example, the top end had more air; the midrange, greater clarity and separation of vocals and instruments. On tracks like the Revivalists’ “Wish I Knew You,” or Imagine Dragons “Bad Liar,” the bottom end was noticeably more controlled and tight.

The Beoplay H9 supports both AAC and aptX codecs. I confirmed aptX support on A&K SR15. When I used the headphones wirelessly, there was a tonal shift. Upper bass notes especially got a slight bump. This bump is something I’ve consistently noticed with headphones using the aptX codec, and the same characteristic held true here. When I played the headphones wirelessly, bass also lost the control and tightness it exhibited in its wired mode.

Wired and wireless differences aside, there’s nothing analytical or clinical about the Beoplay H9’s sound. I can tell you that the H9 engaged me emotionally every time I put them on, beckoning me to re-sample songs in my music library. Lisa Gerrard’s etherial vocals on “Elegy,” from Immortal Memory, delivered every ounce of their emotive quality, to the point where the hairs on my arms almost stood on end. I felt almost the full thrust of the impassioned, depressing intensity of Ramin Djawadi’s “Nothing Else Matters,” from the Game of Thrones soundtrack.

Among this headphone’s greatest strengths is a penchant for midrange clarity and detail. During my review period, one of my friends turned me onto the band Luxury. The metal song “War on Women” blends a variety of electic guitar riffs and vocals that just mush together on lesser systems. The B&O H9 did a fine job of rendering the vocals intelligibly.

Smitten by the Beoplay H9

I’ve simply smitten by B&O’s Beoplay H9 headphone.  While relatively expensive at $500, the Beoplay H9 are one of those rare occasions where you get what you pay for. Premium materials are married to exquisite design and build quality. Coupled with solid active noise-cancellation, superb battery life, and B&O’s signature sound, the Beoplay H9 are an easy recommendation. If you enjoy the finer things in life, this headphone should be on your short list to audition.