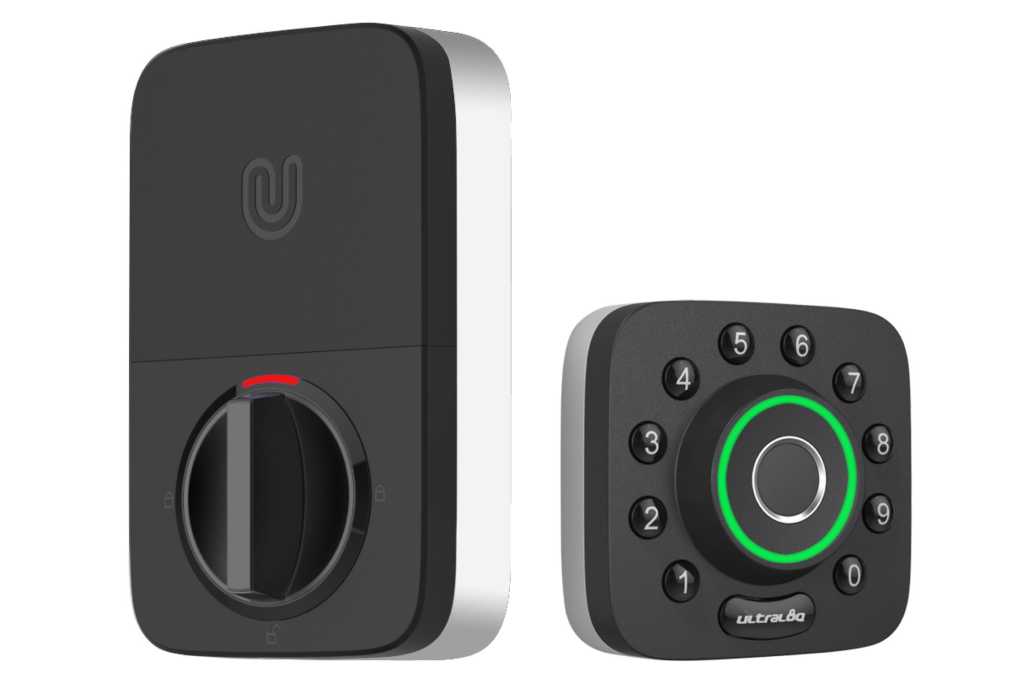 U-Tec
At a Glance

This smart lock boasts a ton of excellent features—including a killer fingerprint reader—but be prepared for a challenging installation.

U-tec’s Ultraloq U-Lock Pro is billed as “the ultimate 6-in-1 smart deadbolt,” and sure enough you’ll be hard-pressed to find a lock that offers more means of potential ingress: The lock can be operated via U-Lock’s app, a numeric keypad, your fingerprint, or with a physical key. The other two methods include automatic unlock via geofencing and “Magic Shake,” though both of those are just features within the mobile app.

But before we get to all that, let’s look first at the U-Lock hardware and the installation process. The all-black U-Lock Pro is a compact device, which is a pleasant change of pace in an industry dominated by enormous lock systems. It’s not the most handsome of locks, though, particularly on the exterior, where a ring of numeric buttons gives the lock the appearance of a wall safe in some evil-doer’s lair, although to be fair, few smart locks make a great visual impact (some might say the Array by Hampton smart lock, which hides its keypad behind a solar panel, is an exception).

While installation seemingly follows the usual procedure of sandwiching the two escutcheons together with your door in the middle, snaking a power cable through a hole to connect the two, a careful reading of the dense manual will reveal that a few extra steps must be followed along the way. Mess any of these up and the lock won’t work—as I painfully discovered after more than an hour of putting the lock on and taking it off my test door, over and over again.

The biggest issue involves a piece of the lock called the tailpiece, a flat metal bar that passes through the deadbolt mechanism, allowing it to rotate. Unless your door is extra thick, U-Lock’s tailpiece must be trimmed down, or else it will put too much strain on the motor (as was explained to me by a U-tec technician). The manual shows this tailpiece being simply snapped off with a couple of sets of pliers, but I couldn’t get the extra material to budge with pliers alone, due to the strength of the metal.

Updated November 26, 2019 to report that U-Tec has informed us that they are now trimming the tailpiece at the factory, so end users won’t need to. 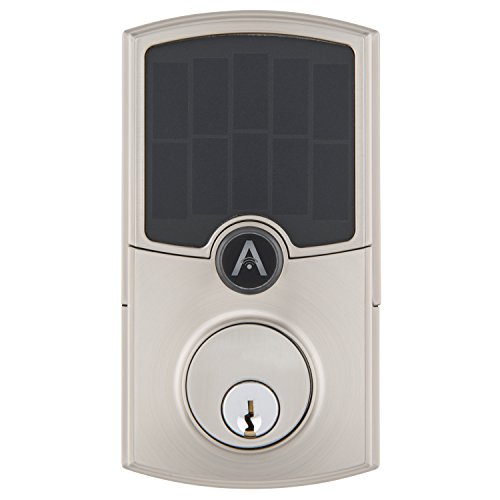 Ultimately, I had to go at the thing with a hacksaw, spending 10 solid minutes cutting my way through the metal bar before finally weakening it enough to allow the extra bit to snap off. In years of testing and installing smart locks, this was an entirely new scenario for me. Even if your garage is well-stocked with tools, I can only imagine the frustration that the typical homeowner will experience during this cumbersome process.

With the tailpiece finally trimmed, I was able to piece the two escutcheons together. Note that the exterior escutcheon has two sharp teeth on each side, designed to help keep it in place and to prevent the lock from listing to the side, a common problem. It’s a neat idea (and it beats drilling a third hole), however, do note that if you remove the locks, it will leave a pair of indented “bite marks” on your door. Another installation pro tip: Note that the tailpiece must be oriented horizontally during installation and the deadbolt knob must be carefully oriented vertically, or else, again, the system won’t work.

Finally, the U-Lock is very temperamental about screw tightness. Overtighten any of the four internal screws that hold the lock together and the deadbolt won’t be able to turn, resulting in a jam. I learned all of this through numerous rounds of trial and error before finally reaching an equilibrium where the lock would stay attached to the door while allowing the deadbolt enough freedom to spin.

Finally, note that a small Wi-Fi bridge, included as part of a bundle or priced at $50 if purchased separately, is required in order to connect the lock to your home network, bridging its internal Bluetooth radio with your Wi-Fi. This bridge needs a permanent home in a power socket within 10 feet of the door.

With the lock finally installed properly, I was ready to begin working with the app. I tempered my expectations—only to find that U-tec’s mobile app is surprisingly full-formed. I encountered a slight hiccup when first pairing the lock to my phone, but after a couple of tries everything was up and running. Inside the app, everything is fairly intuitive and for the most part right where it should be. Tap the big button on the main screen to lock or unlock the deadbolt. Red means it’s locked, green means it’s open.

A simple submenu of users lets you add new residents and temporary visitors, and you can easily assign them a 4- to 8-digit PIN, share the app with them, and (assuming they’re in front of the lock) register one or two fingerprints on the scanner. Temporary users can be limited by date, by certain times of day or days of the week, or by the total number of instances in which they can unlock the door. Finally, all this activity is logged in a surprisingly robust and easy-to-read history menu.

While the app can be a bit slow to connect when launched, and the Magic Shake feature (which lets you twist your phone to unlock the mechanism instead of pushing the big red button) seems superfluous, on the whole I had surprisingly little trouble working the lock. The physical buttons on the front escutcheon were much easier to push with authority than the typical touchscreen-based lock, and despite taking only a handful of sample scans, the fingerprint reader worked perfectly every time I tried it—much better than the reader on my iPhone.

There are plenty of additional features in the mix, too. You can add random digits both before and after your PIN in order to throw off any snoops; as long as the correct PIN is in there somewhere, the lock will open. No battery? The faceplate of the lock pivots down to reveal a physical keyhole; two spare keys are included in the box. Lost your keys and the battery’s dead? A micro-USB port (vs. the more typical 9-volt battery adapter) lets you use any external power source to give the lock enough charge to open so you can get inside.

Alexa, Google Assistant, and IFTTT are all supported (though as is typical with smart locks, voice capabilities are quite limited). The only extra feature that failed me was the geofencing system, with the automatic unlocking feature never activating when I returned to my home after being away.

In the final analysis, the U-Lock Pro is hampered by its setup problems and some other lingering bugs, but its bevy of smart features, awesome fingerprint scanner, and well-built app go a long way toward overcoming them. If the install headache doesn’t turn you off—and you’d be perfectly justified if it does—this smart lock is worth seriously considering.