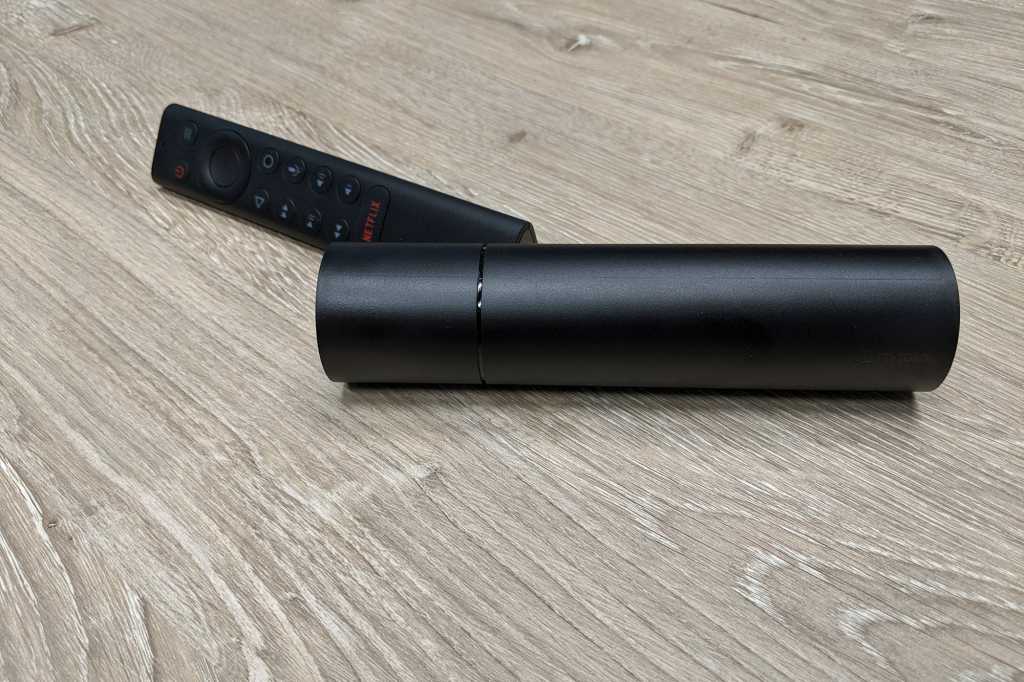 Sure, Amazon briefly listed the new Nvidia Shield TV as available for pre-ordrer way back on October 17, but the capability of the company’s tiny streaming box still might surprise you.

On Monday, the company formally introduced a new flagship Shield TV Pro, with an upgraded CPU that supports Dolby Vision and Dolby Atmos streaming support; plus, a tiny and much less-expensive Shield TV device. And that smaller streamer is likely to get the most attention.

The Shield TV will sell for $150 and runs on a new Tegra X1+ SoC that’s about 25 percent faster than the previous Tegra X1 in the 2017 Shield TV set top box. With the Shield TV line long known as the Cadillac of Android media streamers, Nvidia again ups the ante with a list of features it says the competition can’t touch.

The Shield TV, for example, supports Dolby Vision and Dolby Atmos streams on Netflix, Amazon Prime Video, Disney+, Vudu, and Movies Anywhere. Decoding of Dolby Atmos can also be done on the Shield TVs, to avoid problems with A/V that can’t pass through protected audio.

One of the more impressive features in the Shield TV is the ability to use AI to upsample streams from HD or standard-definition material. Nvidia said it first uses its deep learning neural network to train the algorithms, which operate in real time on the Tegra X1+ as the content plays. The results, at least in the demonstrations we witnessed, were visually impressive.

With the new Shield TVs, Nvidia’s AI upsampling can be applied to 1080p, 720p, and even standard-definition material at up to 30 frames per second. Since the algorithm depends on the presence of the new Tegra X1+ processor, existing Shield TVs canot be updated with new firmware to support it.

The tube-like Nvidia Shield TV tube is designed to run in line with an HDMI cable, versus sticking out of your TV’s HDMI port. One end of the tube features an AC power port and a gigabit ethernet port (the latter feature has disappared from most media streamers except for the high-end SKUs, such as the Roku Ultra).

The other end features an HDMI port, power and pairing button, and a microSD slot. There is no USB port, so if you want additional storage options or devices, you’ll need to turn to the new Shield TV Pro.

Along with the two new Shield models, Nvidia also introduced a redesigned remote control, which is a significant departure from the slim Shield TV remote of the past. It runs on AAA batteries (included) and connects via Bluetooth. Like the second-generation Shield remote, it includes a built-in IR blaster, too.

Among the new buttons that will make life more convenient are dedicated buttons for power, fast forward, and rewind. The remote also features a big giant Netflix button. What if you prefer one of the other services that the Shield supports? Well, for now, you’re SOL when it comes to one-touch launching.

If you own one of the older Shield TV models and want those new features, the new remote is compatible and will eventually be available on its own for $29. The new Nvidia Shield TV and Nvidia Shield TV Pro are expected to go on sale this month.

One of founding fathers of hardcore tech reporting, Gordon has been covering PCs and components since 1998.