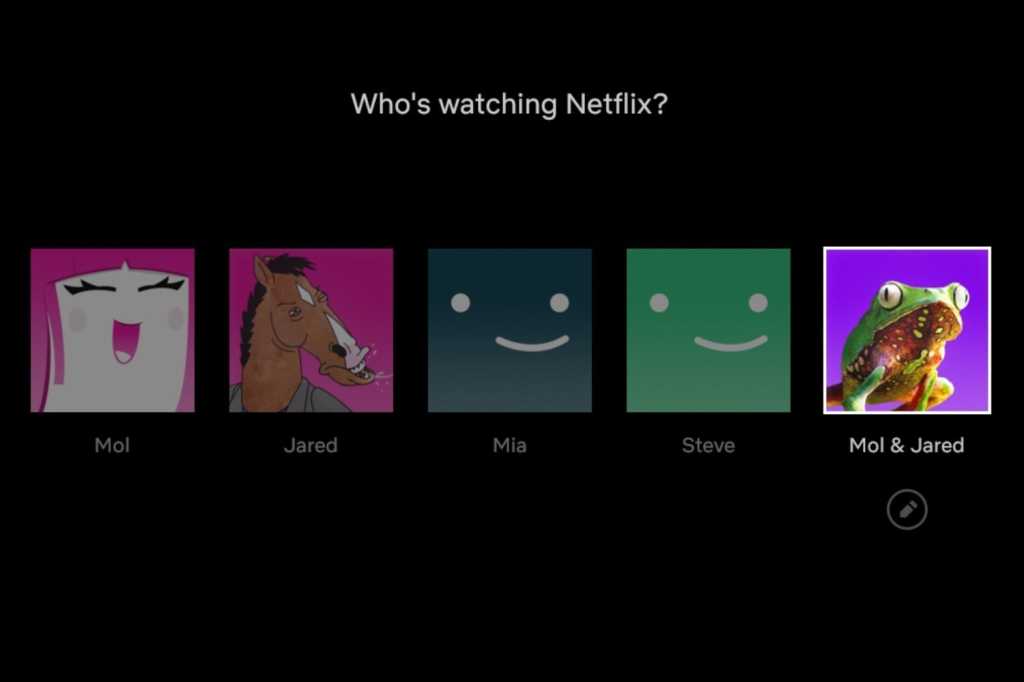 A few weeks ago, I created a new Netflix profile for our household. But instead of it being just for me or any other individual, it was a combo profile for my wife and I.

The idea was to bridge the gap between our respective recommendation lists, which had grown rather different. Hers leaned more towards documentaries, light dramas, and the occasional romantic comedy, while mine was a weird mix of dark humor, showbiz comedies, and thrillers. Our tastes do have some overlap, especially in the realms of standup and sitcoms, but choosing either profile made finding common ground harder.

While I can’t say for sure yet that the experiment has worked—mainly because I think Netflix still needs more data—I’m glad to be giving it a try. I like the idea of steadily building a streaming menu that fuses our respective tastes, and at the very it least, it answers the question of whose profile to use while watching together. If you’ve ever felt conflicted about whose profile to choose while watching Netflix with your cohabitants, you might want to try it too.

I can’t exactly take credit for the idea of joint streaming TV profiles. Back in January, during CES, I met briefly with Andrew McCollum, CEO of the live TV streaming service Philo. During our conversation, he floated the possibility of adding a joint recommendation feature to the service.

The idea was that instead of selecting a single person from Philo’s profile selection screen, you’d check off all the people who are watching with you. The service would then consider the viewing preferences of each user and come up with some overlapping recommendations.

It seemed like a brilliant feature to me, though I’m not sure what’s become of it. McCollum also mentioned joint recommendations to TechCrunch, saying Philo would add them sometime after implementing other long-awaited social features, such as the ability to create co-watching sessions with faraway friends. Those social features, however, have yet to materialize, and neither have joint recommendations. Last time I asked Philo’s PR folks for a status update, they said there was nothing to share.

Meanwhile, no other streaming services have taken up the idea. Beyond just Netflix and Philo, you can also create user profiles in Hulu, PlayStation Vue, and the Apple TV app, and the forthcoming Disney+ service will support profiles as well. None offer (or have announced plans to offer) the option of merging recommendations when multiple users are watching.

Given the dearth of the joint recommendation features, the only option is to take matters into your own hands, like we did with Netflix. Still, this approach has some drawbacks.

For one thing, you’ll be creating a new profile from scratch, rather than pulling in an existing pool of recommendations. This is refreshing on some level—it’s been a while since I’ve gone through Netflix’s onboarding process—but seeding the initial recommendation engine with things you’ll actually like does take some extra effort.

With live TV streaming services such as Philo and PlayStation Vue, you’ll also be starting over on DVR. Building up a library of recordings for a combined profile will take time, so until then you’ll have to settle for live TV or video on demand.

Depending on how many people are using your streaming accounts, you might not even have room to create a combined profile. Netflix, for instance, allows only five profiles per account, so large families or password sharers might need to pick a seldom-used profile and give it the boot.

Finally, creating a joint profile means you won’t be feeding recommendations back into your individual profile while watching together. In the case of my wife and I, most of the time we end up watching things together anyway, so our individual profiles are looking more generic as time passes and Netflix feeds new content into the system.

A proper joint recommendation system would solve most of these problems. You wouldn’t have to rebuild a new profile, lose out on improving your existing one, or sacrifice the profiles of other family members, and with live TV services, you’d ideally be able to draw from the DVR libraries of whomever is watching.

That’s not to say such a system would be easy to implement—it could very well be a major undertaking—but for services like Netflix, whose goal is for people to spend more time watching and less time deciding what to watch, I think it’d be worth the effort.