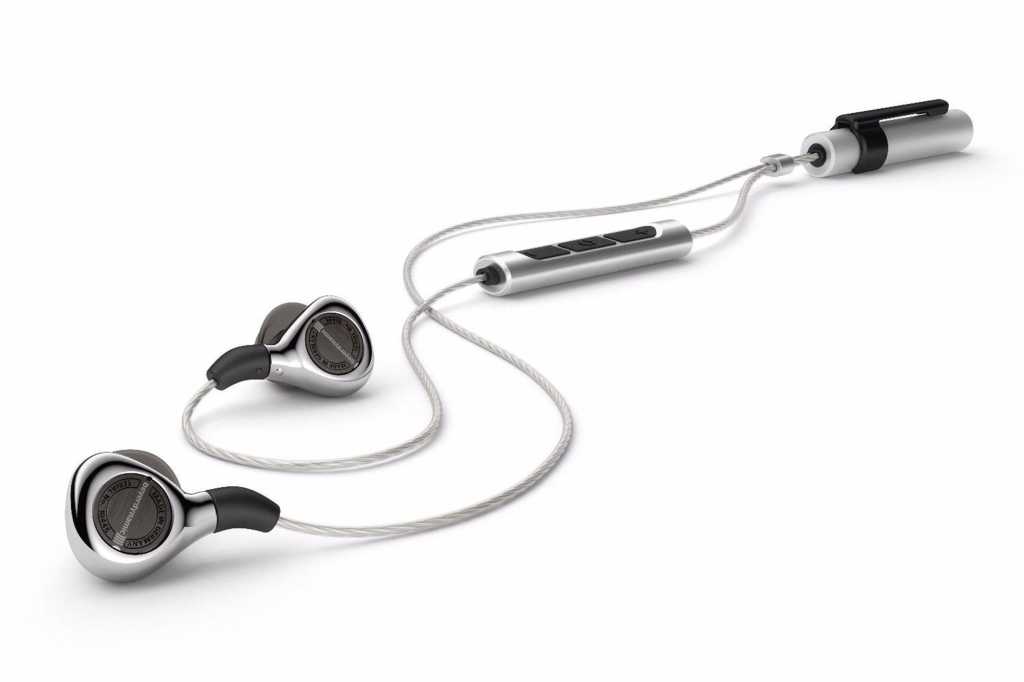 Image: Beyerdynamic
At a Glance

These in-ear headphones reside well within the audiophile sphere, with exceptional sound and build quality, though the wires tethering them to the battery pack are something of a nuisance.

In the rush toward ever-lower prices for wireless in-ear headphones—and the sometimes lower quality those prices lead to—Beyerdynamic took a different approach with its Xelento Wireless. This high-end, audiophile-oriented in-ear monitor offers top-quality design and construction as well as a few intriguing features that make it stand out. The sound quality is second to none, but I wish it didn’t have any wires at all.

Beyerdynamic calls the Xelento “audible jewelry,” and the name fits. Handmade in Germany, the materials and workmanship are top-notch, from the high-purity silver-plated connectors to the aluminum battery casing to the transparent cable sleeves that reduce handling noise. They are even engraved with a unique serial number.

The Xelento boasts a specified frequency response from 8Hz to 48kHz—talk about high-resolution audio! Its dynamic drivers are miniaturized versions of Beyerdynamic’s Tesla design used in the company’s larger on-ear and over-ear headphones. Named after the pioneering electrical genius Nikola Tesla, these drivers combine a simple transducer design, multilayer diaphragm with high rigidity and low weight, and a super-strong magnetic field in the air gap, which greatly increases the efficiency of the driver.

Audio is sent to the Xelento wirelessly via Bluetooth 4.2 using the latest high-quality codecs, including aptX, aptX HD, AAC, and SBC. Supported profiles include A2DP, HSP, HFP, AVRCP, and GAVDP. (Another version of the product called the Xelento Remote is not wireless; it connects to the source device with a 3.5 mm plug, and it’s a bit less expensive at $999. Having a wired connection is strange, since many portable devices are ditching the headphone jack these days.) 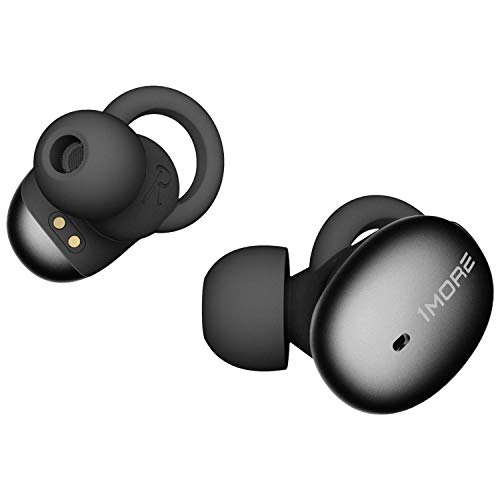 Unlike so-called true wireless in-ear headphones, the Xelento earpieces connect to a small battery pack with detachable wires. The 130mAh battery provides up to eight hours of play time before needing to be recharged by connecting the concealed Micro-USB port to a USB charger. The right-ear cable has an in-line remote with a microphone for phone calls.

Three buttons on the remote let you increase and decrease the volume as well as power the Xelento on and off. The remote also has a blue/red LED that indicates power on, battery charging, and pairing. Unfortunately, it’s on the opposite side from the buttons, making it a bit difficult to see when you’re pressing buttons.

The central power on/off button also serves as a multifunction button, doing things like start/stop playback, fast forward/rewind, skip tracks forward/back, accept/end a call, and call for the device’s digital assistant. Each of these actions is initiated with a different sequence of presses and holds, which are not easy to remember.

Finding the best eartip for your ears is critical to experience the best possible sound quality; your ear canal must be sealed as much as possible for deep bass and rich sound as well as acoustic isolation from your environment. Beyerdynamic provides seven pairs of silicone tips and three pairs of Comply memory-foam tips, so you are almost sure to find the right tips for your particular ears.

I say “almost” because none of the included tips worked well for me. I find that larger silicone tips work best for me, but none of the silicone tips—even the largest ones, which are really big—achieved a good seal. I even tried the foam tips, which surprised me by working the best, but not good enough. I ended up using my favorite eartips, the 14.5 mm silicone tips that come with some 1More in-ear headphones, which sounded much better to me than any of the tips that come with the Xelento.

Perhaps the most interesting feature is found in Beyerdymanic’s companion app called MIY (Make It Yours), which is available for iOS and Android devices. This feature is called Mosayc, which was developed by Mimi Hearing Technologies to personalize the EQ that audio devices apply to the sound based on your unique hearing profile. With the Xelento, it takes a total of about six minutes to measure your profile for both ears and then upload that profile to the headphones.

The measurement process is very clever. After setting the device to its 50-percent volume level, the app plays a series of beeps in the left ear while you hold your finger on a big onscreen button. The volume of the beeps decreases, and when you can’t hear them anymore, you take your finger off the button. This process is repeated at different frequencies, sweeping through the audible range a couple of times, after which you go through the same process for the right ear.

One of the app’s other functions is called Statistics, which shows you how much of a healthy daily dose of sound you’ve been exposed to. This is generically known as a dosimeter, and it takes volume and listening time into account. As a hearing-health advocate, I really appreciate this particular feature.

The remaining functions include a reminder of the multifunction button-press sequences (very handy!), and links to more information.

After performing the Mosayc hearing test, you specify how strongly you want to apply the resulting EQ. The app recommends starting at about 50 percent, so that’s what I did. I listened to a variety of tracks while activating and deactivating the effect. With the profile engaged, the tracks were certainly louder than when it was inactive, and the sound was richer and more full-bodied. Without the effect, the sound was very thin and veiled.

I know my hearing isn’t that bad, so I switched to my current reference standard for wireless IEHs, the 1More Stylish, which I reviewed for our sibling publication, Macworld. The Stylish does not have any EQ, and it sounded way better than the Xelento without its EQ. Therefore, Mosayc clearly degrades the sound quality when it’s disabled.

I came across the same problem in my review of the Audeara A-010, which also has a hearing-personalization app. When the EQ was disabled, it sounded pretty bad—much worse than another over-ear headphone with no personalized EQ—but when it was on, the sound was quite good.

As you might expect, I did most of my listening with the personalized profile engaged. As I was taking notes, I kept writing the same thing: clean, clear, transparent, well-balanced. Instruments and vocals were clearly delineated, and I could hear deep into the mix in every case.

On “Time Out of Mind” from Steely Dan’s album Gaucho, the bass was tight and the vocals were beautifully rendered. To really test the bass, I played “Flight of the Cosmic Hippo” from the album of the same name by Béla Fleck and the Flecktones. Interestingly, the pitch of the low bass at the beginning was not well defined, and I was a bit surprised when the rest of the ensemble started in a different key than I was expecting. Not that the bass was lacking in any other way; it was deep and rich, even the very lowest notes. And I did not hear this effect on any other track I listened to.

Turning to classical music, I played “Celebration” by Edward Gregson on the album Soundings from the Cincinnati Wind Symphony under Eugene Migliaro Corporon. The opening fanfare sparkled with trumpets and orchestral bells followed by the horns, trombones, and tubas, all of which sounded fantastic on the Xelento. The middle section with flutes, harp, and clarinets was beautifully delicate, and the recapitulation of the opening fanfare was strong and clear.

Next up was Jeff Rona’s score for the movie White Squall. I performed the sea-shell trumpet part on “The Journey Begins,” which also includes Indonesian gamelan instruments, synthesizers, percussion, and penny whistle. All were clearly rendered with good delineation; in particular, the sea-shell trumpet sounded entirely natural, and the low bass drum was exceptional.

As I often do in audio reviews, I listened to each track twice—once on the Xelento and again on the 1More Stylish, my current reference for wireless in-ear headphones. This turned out to be a bit of a pain, because it took some finesse to properly insert the Xelento in my ears, especially since the wires from each earpiece must be draped over the ear. Plus, I had to pull on my pinna (outer-ear flap) to seat each earpiece, which needed to be lodged fairly deep in my ear canal. By contrast, inserting the Stylish earpieces is a breeze.

In all cases, the Stylish sounded excellent, though perhaps ever so slightly thicker. In some cases, it sounded just a bit brighter as well. The bass on “Flight of the Cosmic Hippo,” however, had better pitch definition. Still, I give the overall nod to the Xelento, though the difference is pretty minor.

The Beyerdynamic Xelento Wireless sounds exceptional—at least with the Mosayc personalized EQ engaged. The bass is deep and tight, the midrange is clean and open, and the highs are sparklingly transparent. But keep in mind that the sound quality depends entirely on finding the right eartips for your particular ears. None of the supplied tips worked well for me, but my go-to tips from 1More did the trick.

Then there’s the price: $1,199 is mighty steep. The Xelento does sound a bit better than the 1More Stylish, which lists for $100, but is it better enough to justify spending more than 10 times as much? Not to my ears, though I am fully aware of the law of diminishing returns when it comes to high-end audio; beyond a certain price point, small increases in sound quality tend to cost substantially more. Plus, the Stylish is a true wireless design, which is much more convenient than having to deal with the wires of the Xelento.

This is clearly an audiophile product. If you consider yourself a member of that clan—and you can afford to drop almost $1,200 for them—you will undoubtedly be thrilled with their sound, provided you can find the right eartips.