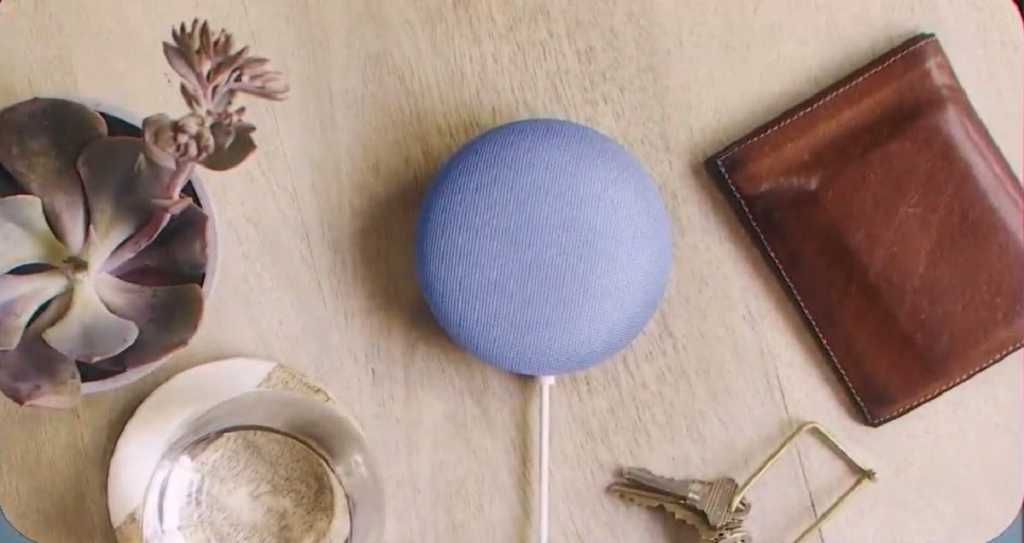 While it looks virtually identical to the two-year-old Home Mini, the new Nest Mini promises better sound, an easier way to mount the device on a wall, and a dedicated machine-learning chip that’ll help it learn your favorite commands faster. And yes, it has a new name, too.

Available October 29 for $49Remove non-product link (the same price as the original Home Mini), the Google Nest Mini smart speaker looks looks almost exactly the same as its predecessor, right down to the rounded shape, the fabric covering (in chalk, charcoal, coral, and sky flavors) and the four LED lights that flash when you’re chatting with Google Assistant.

But the Google Nest Mini has some new (if fairly modest) tricks up its sleeves, including twice the bass of the Home Mini, as well as the ability to boost the volume of news, podcasts, and Google Assistant if, say, the dishwasher is running in the background.

The Nest Mini also adds a third built-in microphone so it can hear you better in a noisy room. And if you want to tweak the Nest Mini’s volume manually, a pair of new LEDs flanking the four main LED indicators will light up when your hand gets near the speaker, essentially showing you where to tap.

Meanwhile, a mounting hole in the Nest Mini’s base means you won’t have to resort to third-party mounting hardware if you want to mount the speaker on a wall.

While it’s nothing elaborate, the hole makes it easy to hang the Nest Mini from, say, a hook or the head of a nail. Since there’s no cable management, those looking to hide the speaker’s dangling power cord will have to string it through the wall or forgo the groove for a third-party mount, the best of which come with cable management grooves and even integrated AC plugs.

Google says it’s also added a dedicated machine learning chip that’ll let the Nest Mini handle some of Google Assistant’s processing chores locally rather than in the cloud, meaning (according to Google, anyway) that it will respond to your requests more quickly, as well as do a better job at learning which commands you use the most.

The physical mute switch from the Home Mini hasn’t gone anywhere, but the microUSB charging port has been replaced by a barrel-shaped port, presumably to accommodate the Nest Mini’s 15-watt power draw (up from 9 watts on the Home Mini). And if you were hoping the Nest Mini would add a 3.5mm audio jack to match the one on the Amazon Echo Dot, sorry, no dice.

Last but not least, you’ll also be able to call the Nest Mini (or any of your Nest or Home smart speakers) from your phone thanks to its support for the Google Duo video calling app.