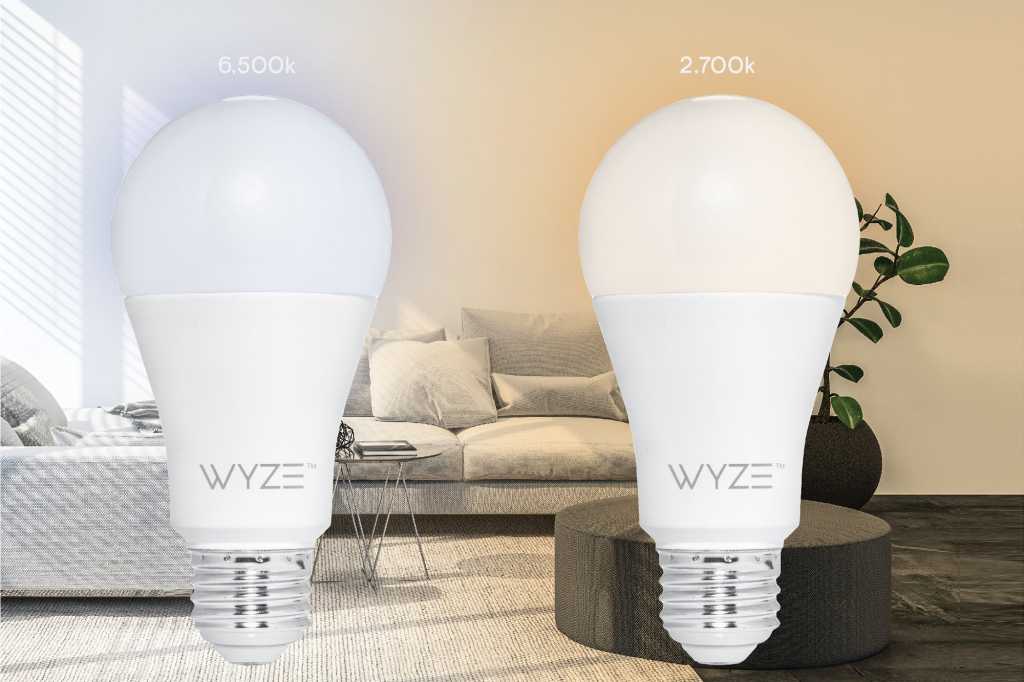 This ultra-affordable smart bulb doesn’t have every bell and whistle, but it’s an amazing value if you’re just looking to cover the basics.

Wyze Labs’ marketing lays it all out for you up front: An $8 smart bulb, no hub required. Buy a four-pack for $30 and you can get these bulbs for even less.

Eight bucks is incredibly inexpensive. And what does eight bucks get you? The Wyze Bulb is a tunable-white (no color here) bulb served in the traditional Edison shape. It connects to your network via Wi-Fi, so it doesn’t need a smart home hub to work. Rated at 800 lumens of brightness, the bulb draws 9.5 watts of power and offers a respectable color temperature range of 2700K to 6500K.

Setting up the Wyze Bulb follows a familiar path. You install the Wyze app, screw the bulb into a socket, power it on and off three times to put it into pairing mode, and then connect to its temporary Wi-Fi network. From there, you bridge the Wyze Bulb to your home Wi-Fi network, and you’re on your way.

This process is straightforward, but it can be slow. A lengthy registration process, which requires email verification, is extremely plodding, and the wireless setup process of the configuration is also quite sluggish. In my testing, that was then followed by a firmware update to the bulb, again dragging out the setup process. That said, eventually everything was up and running, and I had no significant problems that blocked me from proceeding.

The Wyze mobile app interface is straightforward and simple, though it includes support for Wyze’s other products (cameras and motion sensors) that weren’t tested here, which could clutter things up. (On the other hand, tying the bulbs to the motion sensor could deliver an important benefit.)

On the primary screen, Wyze only gives you access to a single function that turns the bulb on or off. You’ll need to drill down to a second screen by tapping on the left side of the control panel to dig into more advanced settings, though there aren’t many. A dimmer slider and a color temperature slider are stacked on this page, and you can also create preset combinations of these two, which are saved as scenes.

The only other significant feature available here is a timer system that turns the light on or off after the amount of time you specify. Note that this is not the same as a full-fledged scheduling system, which lets you turn the lights on and off on a recurring schedule based on the time of day; that common feature doesn’t exist here (and it’s really the only major drawback of the Wyze Bulb). Buried in the settings menu you’ll also find a vacation mode feature that turns the lights on and off at random times until you disable it.

The good news is that Wyze works with Alexa and Google Assistant, so you can use those systems to set up a schedule, and of course you can also use them to control the bulb via voice. As well, you can use Alexa to dim/brighten and change the color temperature of the bulb, though bizarrely I haven’t been able to find documentation of the specific syntax needed to perform all these feats.

The bottom line, of course, is that this is an eight-dollar smart bulb. Presuming you don’t need sophisticated features, it’s a lot smarter than I expected to find at this price level.