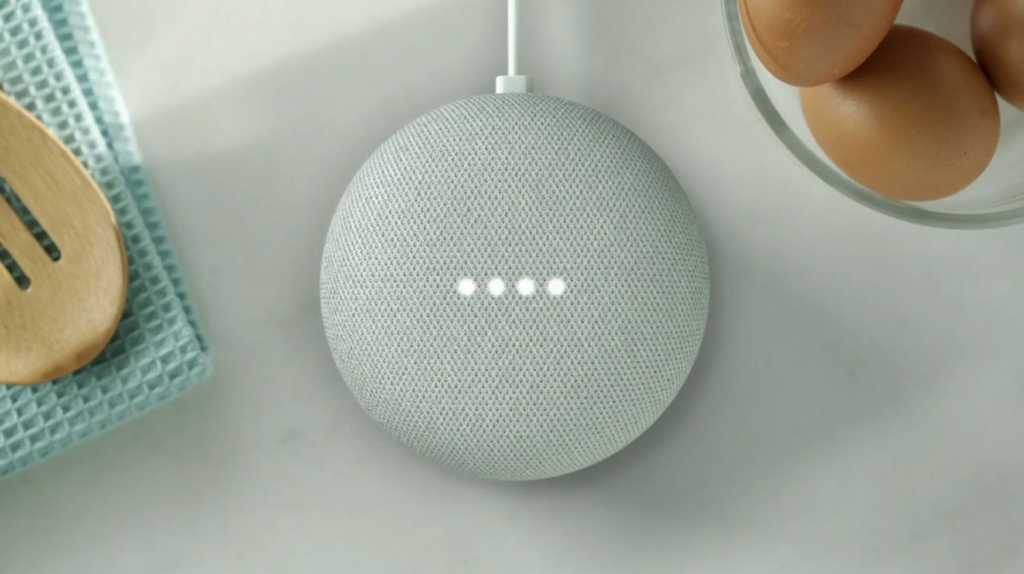 The cat is pretty much out of the bag when it comes to Google’s thoroughly leaked Pixel 4, but it’s also a safe bet that Google will unleash some enticing new smart home products during its October 15th hardware event.

Word has it that we can expect a new and rebranded version of the Google Home Mini smart speaker, as well as a refreshed Google Wifi mesh router with Google Assistant baked in. It’s also possible we’ll see a truly wireless version of Google’s Pixel Buds.

Chatter about a new version of Google’s diminutive Home Mini smart speaker has been percolating since late summer, with 9to5Google claiming that the rumored Nest Mini will arrive with better sound, bigger bass, and a 3.5mm audio jack that matches the one on the Amazon Echo Dot.

A Nest Mini with improved audio would be a welcome change from the current Home Mini, which comes saddled with audio quality that, well, “sucks” (according to our Home Mini review, which—in all fairness—said the same thing about the 2nd-generation Amazon Echo Dot. But the sheer usefullness of those speakers for purposes other than audio reproduction still to earned both of them Editors’ Choice awards.)

The Nest Mini might also pack in a proximity sensor, according to the rumors, as well as a built-in wall mount. Design-wise, the Nest Mini should look more or less the same as the existing Home Mini, 9to5Google says. We don’t see any need for a significant industrial design overhaul.

Originally released in late 2016, the Google Wifi mesh router is well overdue for a refresh, and (once again) 9to5Google’s spies say that we’ll likely see the revamped and rebranded Nest Wifi next week, complete with a larger main router and two or more smaller satellite nodes that will also act as Google Assistant speakers.

Similar to Amazon’s latest Eero mesh routersRemove non-product link, you’ll be able to ask Google Assistant to take charge of the Nest Wifi’s features, such as control which devices get network access or toggle the guest network on and off, rumors claim.

We applauded the features and performance of Google Wifi in our 2016 review, but a revamped Nest Wifi with onboard Google Assistant and voice control sounds like music to our ears.

The original Pixel Buds debuted in 2017 and promised a killer feature: the ability to translate up to 40 languages in real time, with the earbuds allowing you to chat with someone in a language you don’t know by piping translated words into your ears and then translating your own words back via an integrated speaker. Star Trek, here we come, right?

Well, not so much, with reviewers dinging the Pixel Buds for their poor ergonomics, fussy controls, and over-reliance on Android’s Google Translate feature, which (external speaker aside) generally works just as well on other Bluetooth headsets.

So, what can we expect from the Pixel Buds 2? So far (and in stark contrast to the Pixel 4, which has been leaked in nearly every detail), little is known or even rumored, although a wish list for “truly wireless earbuds” tweeted by a Google exec includes such items as “great sound quality,” “intuitive, tactile buttons,” a compact, “sweat-proof” design, and an “auto-mute” feature that snaps on when someone starts talking to you.

And what about onboard Google Assistant in the new Pixel Buds, similar to the just-unveiled Echo Buds with built-in Alexa? For now, we’ll have to wait and see.

We’ll get the final word on Google’s latest smart devices during next week’s hardware event, which is slated to kick off on Tuesday at 10 a.m. EDT and live-streamed on YouTube. Stay tuned.